How do we get more women in hard hats? 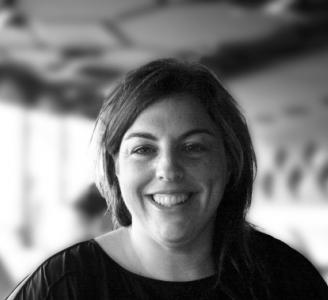 Galea, who is currently in her last semester at the University of New South Wales, has spent the last three years examining why gender diversity policies in the construction industry are failing, and the structural practices that maintain men’s advantage. And she’s got a few insights to share.

“I’m conscious that not all men are advantaged in the construction industry. Indeed, a lot of men feel very disadvantaged by their stress levels and long working hours, and this is reflected in their mental health.

“My research has found the rigid nature of the construction industry, which demands total availability, presenteeism and long hours, has disadvantages for both men and women – but these work practices have very different implications for women,” she explains.

Young women rarely see any other women over the age of 30 on site, Galea says, and they “quickly see they have a choice – construction or family”.

Galea has found that, generally, maternity leave and return to work are not handled well, but an even bigger challenge is the mobility demands placed on workers. Each new job may mean a new geographical location – even if it’s just on the other side of the city. The childcare implications alone are eye-watering.

“These taken-for-granted norms and work practices impact on attraction and retention of women.”

Galea was presented with the CBRE University Scholarship at the NAWIC NSW awards recently to help her further her academic research. The judges were particularly impressed with Galea’s ability to connect her academic insight with practical knowledge – she spent more than a decade working at the coalface on projects both in Australia and overseas.

During her research, Galea shadowed site managers to gain “real insight into the pressures they face, and how the workplace shapes who is included and who isn’t”. During this experience, she found that small practices accumulate over time to remind women that they are “space invaders”.

“It might be an email addressed to the ‘gents’ or a whispered joke.

“There’s a level of tolerance towards sexism that has been completely wiped out when it comes to safety,” she says.

“If someone notices a trip hazard on site, it will be fixed up immediately, but you can walk past a wall with an explicit piece of graffiti drawn on it for days and days without anyone commenting.”

Galea says her research underscores that it isn’t “big actions that send women out the door”. Instead, it’s micro practices over time that ignore women in the industry. When coupled with the lack of work-life balance, the construction workplace is one designed for unencumbered men.

“If the property and construction industry wants to get the most talented people, to maintain their intellectual property, and stop the churn, then we need to shift thinking around expectations and workplaces.”

She suggests a good place to start would be to pair women up, so that they aren’t the only female in the room or on site. Another is to urge more men in power to sponsor up-and-coming women.

“My research finds informal male sponsoring and networking is key to career development. We need to make sure women gain access to those same benefits.”

Initiatives like the Property Council’s Male Champions of Change and NAWIC’s mentoring programs are a good start.

“It may sound like I have an agenda – and I do. I want to transform the industry. And I think the best way to do that is to have a rational discussion that is grounded in data and experience. It’s a tough fight ahead, but I’m up for the challenge.”

The Sex Discrimination Commissioner will be launching Natalie Galea’s research project with the University of New South Wales on 10 December 2016, in Sydney.

This article was first published on architectureanddesign.com.