Students have played an integral role at Kingsford Legal Centre since it opened as part of UNSW Law 35 years ago. 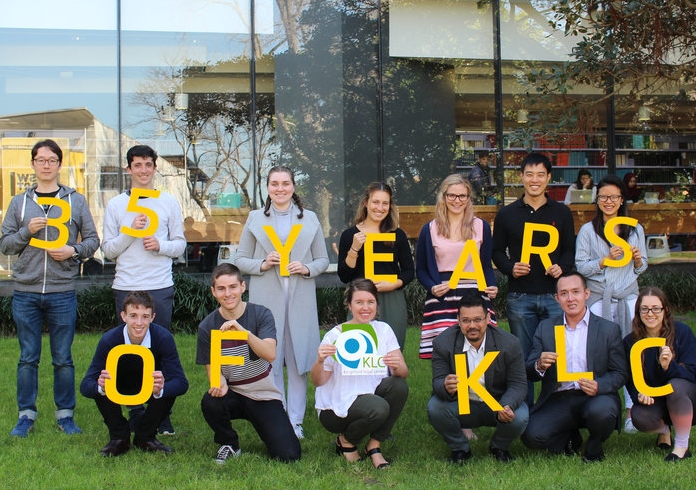 It isn’t every day a coffin is used to make a legal point but it proved an inspired idea for a case being fought by the Kingsford Legal Centre (KLC).

“It was a disability discrimination case, so we borrowed a coffin from a funeral director, filled it with sand and demonstrated that someone who had a false leg could carry it,” KLC Director Associate Professor Anna Cody recalls. “It was a way to demonstrate that you couldn’t make assumptions about people with a disability and their ability to do a job. And we won.”

KLC is this year celebrating 35 years of providing free legal services to the disadvantaged in Randwick and Botany Bay, promoting access to and reform of the legal system, and offering a unique learning experience for UNSW Law students. Its employment clinic was recently nominated in the Law and Justice Awards and its partnership with the Kooloora Community Centre has just been shortlisted in the 2016 AFR Higher Education Awards.

But it is operating under the shadow of a 30% budget cut in 2017 that means cuts will have to be made, which will affect students and the local community.

KLC opened at 11 Rainbow St, Kingsford, in September 1981 and from the outset then Director Neil Rees wanted UNSW students to be an integral part of the centre.

“The original aim was to provide an innovative experiential program for law students as well as helping the community meet some of their unmet legal needs,” Cody says. “From the beginning, the centre’s focus was on discrimination law. That expertise has been one of the ongoing features of Kingsford Legal Centre and that has led us particularly into human rights practice.”

KLC was at the forefront of Stolen Generation litigation and in 1989 represented Joy Williams in NSW’s first Stolen Generation test case. Williams had been removed from her mother soon after her birth in 1942 and was seeking $2.2 million in damages for mental health issues and loss of wages.

“Unfortunately, it did not succeed but it raised a lot of awareness about the importance of that issue,” Cody says. “We have made law reform submissions and have done countless community education sessions about the need for a reparations tribunal.” 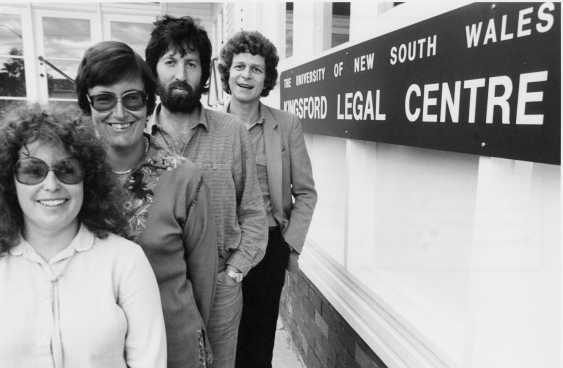 From left, Dawn Rees, Pam Ditton, Bob Toner and inaugural director Neil Rees at the Kingsford Legal Centre when it opened in 1981.

Another high-profile case several years later was more successful. Eileen Waugh had been convicted in 1989 of the shooting murder of her husband in Queensland and given a life sentence. After she transferred to a NSW prison, KLC took on Waugh’s case and presented new medical and legal evidence documenting her years of abuse at the hands of her violent husband. But because she had been sentenced in Queensland, the NSW Serious Offenders Review Board had no power to review her sentence. As a result of KLC’s work, Waugh received a pardon from the NSW Attorney-General in 1994 and was released from prison.

A landmark for students came in March 1998 when UNSW became the first law school in Australia to introduce a clinical component into a compulsory course, Law, Lawyers & Society (now Lawyers, Ethics & Justice). “That was a fundamental change because it really did shift the way we thought about teaching law,” Cody says.

“Most of our students have never seen a client before, let alone been involved in any kind of legal practice, so it’s definitely a big deal for them,” Cody says. “They’re often quite nervous yet in the evaluations afterward, they will say that’s the best experience they’ve had.”

As well as providing valuable legal and interpersonal skills, the clinic helps them realise how law is relevant to everyday people and how they can help. “It connects them back to why they might have chosen to study law and gives them that really textured understanding of what ethical issues there are, and how common they are within law,” Cody says.

Another innovation, an employment clinic, was introduced in 2001 and Cody believes the increasing casualisation of the workforce and pressures on the working poor have made it more important than ever. “People in cleaning work, shift work, hospital work, all those low-paid jobs that are really hard work, are very vulnerable to not being paid their proper wages, not being given entitlements like sick pay or being able to take sick leave,” she says. 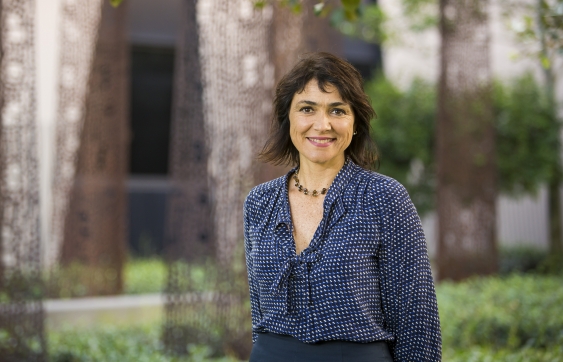 Unfortunately, Cody says, the Federal Government’s planned 30% funding cut means that some of the 3000 clients that seek help from KLC each year will be forced to turn to other services that are already overloaded. “A community legal centre is the first place many disadvantaged people go to for help when their lives are falling apart and they need support,” she says.

The savings for NSW are a “relatively small” $3 million and even these will be short term, she says. “The cost gets cut at the front end but then it gets absorbed through the health system and other services that have to deal with people who are in crisis who we would previously have dealt with. They’re just shifting the cost and potentially increasing it because you’re not doing the early intervention, which is what a community legal centre does.”

For the moment, KLC is celebrating its 35th year with an online history project and a function on campus on 27 October. “We’re looking forward to welcoming previous workers, directors, anyone who’s had a previous connection with Kingsford Legal Centre,” Cody says.

“I think the staff we have had the great fortune of attracting because of KLC’s reputation have made it the great centre that it is. We’ve always had really professional, high-quality, compassionate, skilled teachers and lawyers who’ve worked here and that’s why it has such a good standing within the university, within clinical legal education and within the community legal centre movement.”