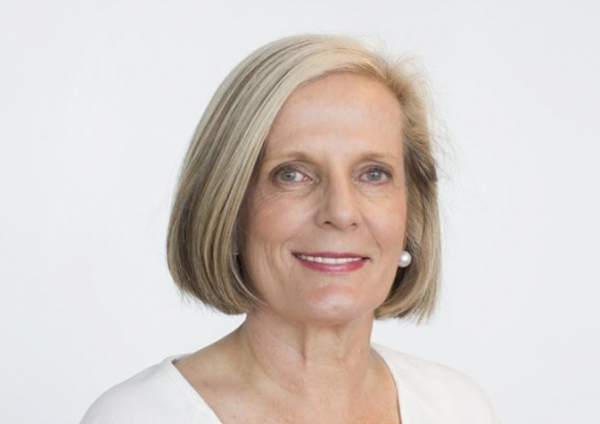 UNSW Adjunct Professor Lucy Turnbull will work with UNSW students to design the future of Sydney.

Chief Commissioner of the Greater Sydney Commission Lucy Turnbull AO has been appointed Adjunct Professor at UNSW’s Faculty of Built Environment where she will share her significant skills with the next generation of city makers.

Dean of the Faculty, Professor Helen Lochhead, announced Turnbull’s appointment at Engaging Women in Built Environment, a UNSW event aimed at connecting academics with industry and encouraging women to take up leadership roles across architecture, design, planning and development.

“I’m honoured to be appointed to this role in the Faculty of Built Environment. This is a critical time for urban design, architecture and planning in Sydney and I look forward to the opportunity to work with UNSW students designing the future of our city,” Turnbull said.

Turnbull is an MBA graduate from UNSW’s Australian Graduate School of Management and was the first female Lord Mayor of Sydney from 2003 to 2004. She chaired the Committee for Sydney from 2012 to 2015 before taking up her role as Chief Commissioner of the Greater Sydney Commission, a new independent body established by the NSW state government to deliver effective metropolitan planning for the Greater Sydney Region.

“In her role as Chief Commissioner, Lucy is leading the future of district planning for Sydney to 2056, which is the environment many of our students will contribute to when they graduate,” Professor Lochhead said.

In her UNSW position, which will be concurrent with her Greater Sydney Commission role, Turnbull will present guest lectures to planning, urban design and urban renewal students and develop interdisciplinary education and research opportunities across the University.

In particular she will be exploring her interests in female-friendly cities, access to social infrastructure and the critical relationship of city economics with urban planning.

“Lucy brings expertise in the complex economic and governance interdependencies of city making and I look forward to her sharing that knowledge with students,” said Professor Lochhead.

Turnbull is a self-described urbanist, businesswoman and philanthropist with a long standing interest in cities and technological and social innovation. In 2011 she became an Officer of the Order of Australia for distinguished service to the community, local government and business and was awarded an honorary Doctorate of Business by UNSW in 2012. Turnbull is also the author of Sydney: A Biography of a City published by Random House Australia in 1999.