OPINION: Developing an effective R&D strategy for the built environment 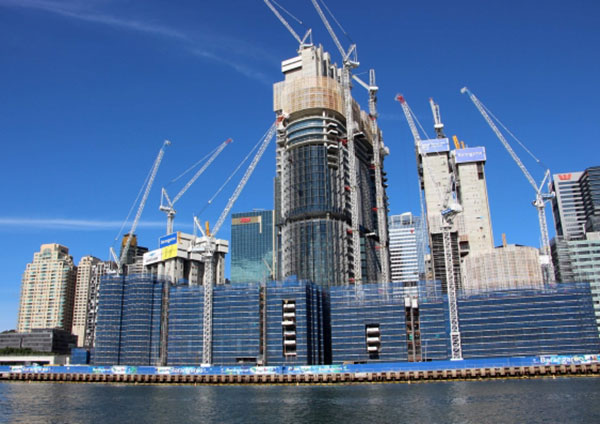 OPINION: Not only is its confrontational industrial relations environment seen as a major constraint on innovation, but government statistics show that its investment in R&D lags a long way behind most other industries.

The most recent Australian Bureau of Statistics data on business expenditure on R&D (BERD) shows that of the total $18,849 million invested in R&D across all Australian industries, manufacturing remained the largest contributor at $4,844 million (26 per cent). That outpaced professional, scientific and technical services ($3,753 million, or 20 per cent), financial and insurance services ($3,093 million, or 16 per cent) and mining ($2,830 million, or 15 per cent). Together, these four industries account for 77 per cent of total BERD, while construction contributed $864,103 (4.5 per cent).

While the above data looks depressing, it masks the reality of how much innovation really happens in the construction sector. In contrast to the pre-planned, laboratory-based and scientific R&D that typifies others sectors such as manufacturing, innovation in construction normally happens at the ‘coal-face’ in response to day-to-day problems. This means it is largely ‘hidden’ from formal government R&D statistics.

However, given that we are inexorably moving toward a knowledge-based future where intellectual property and new ideas will mean the difference between staying ahead of increasing competition or lagging behind, there are also strong arguments that the construction sector should be investing more in formal R&D. So it is worth knowing something about what R&D involves and the many commercial benefits it could bring, if designed and managed effectively.

In simple terms, R&D is a knowledge creating process underpinned by rigorous scientific investigation which leads to the commercial development of new services and/or products.

R&D can be applied or pure, the form being a response to market developments and having a practical application.

Pure R&D is more conceptual and exploratory with the aim of adding to our knowledge base without any specific application. In contrast to applied R&D which has traditionally been the focus of the construction industry, pure R&D has traditionally been the responsibility of government. Government support for pure R&D has always been considered crucial because research shows that most private construction companies, if left to their own devices, would under-invest in this area. With only a few exceptions, the vast majority of construction companies see pure R&D as too risky and time-consuming and are not prepared to tolerate the long-term risks in capturing its benefits.

However, as demonstrated by the world’s most innovative companies, when R&D is targeted and managed effectively, it can bring significant commercial benefits.

Take for example, British Petroleum’s (BP’s) highly successful and innovative Venture Research Unit which developed and managed one of the world’s most successful corporate R&D programs. BP’s Venture Research Unit was deliberately located outside any of BP’s existing business units to enable it to generate ‘new breakthrough ideas that would lead to new industries and markets for BP.’

Working under the management of BP’s Venture Research Advisory Council and in close collaboration with the world’s leading universities, BP’s innovation strategy involved signing up the world’s most gifted pioneering researchers whose interests were aligned with the business. Rather than following the traditional approaches to R&D which typically involves commissioning pre-determined business-led projects, BP provided these top researchers with the resources to pursue their own ideas and to launch radical challenges to existing ideas outside any external business influences and constraints.

This process not only preserved the ideology of independent, unbiased research, but was designed to promote uninhibited thinking.

BP chose its team of researchers on the basis of whether their research would radically change thinking about something that was very important to society and to BP’s business. Once accepted into the Venture Research Unit’s team, BP’s goal was to help these leading researchers bring this about. There was an exceptional lightness of touch in managing this research. The only requirement imposed on the academic team was that they were to keep BP regularly informed of what they were doing so that BP could be the first to translate these ideas into marketable products and services to for their customers.

Researchers were not concerned directly with the commercialization process. This was entirely BP’s responsibility and once a researcher received BP’s money, they were free to use it in any way they liked. BP did not dictate projects, fields of study, problems or timescales and eventually the unit’s funding was expanded to a consortium of business partners with complementary interests in BP’s demand and supply chain such as ICI, Sony and DuPont.

The beauty of BP’s collaborative approach was that it avoided the classic problem of selecting research proposals and constraining the freedom of researchers to follow their passions and strengths. By supporting individual leading researchers and their research aspirations rather than specific research projects, BP was able to pursue a liberal approach which drew knowledge from a range of disciplines and business partners.

Furthermore, by hand-choosing their research partners and by minimizing the normal time, resource and bureaucratic constraints associated with scientific research, BP not only reduced the barriers to innovation but they also reduced risk since the researchers they supported were almost certain to succeed. The key question and risk then became how to convert that research into ideas for BP’s benefit. The research that was implemented proved to be extremely successful and their return-on-investment more than covered the relatively small investment in the overall initiative.

While there are too few examples like the above in the construction sector, there are exceptions to this rule. For example, Arup is renowned for investing significantly in both pure and applied research with a longer-term view. Arup is reported to invest approximately three per cent of its annual turnover in R&D and has a clear road map for its R&D which extends over 20 years into the future based on key drivers of change in key business areas.

Arup also integrates research-based KPIs into performance reviews for staff who are required to publish and collaborate with universities in creating new knowledge for the benefit of the business and society at large. Arup’s research program is driven by both ‘pull’ from its business leaders and ‘push’ from universities and research network partners. Research is seen as vital for its strategic business planning to ensure that it is equipped for future trends and that it can capitalize on new opportunities to improve its business and enter new markets.

As in BP’s case, Arup’s research team’s work involves forging and maintaining links with the best quality universities, researchers and research establishments, no matter where they are. Arup also works closely with government research funding and advisory bodies around the world to lobby for certain priority areas of funding and to leverage its own resources. Arup has arguably generated more knowledge than any other firm in the construction industry and has benefited enormously as a result.

Indeed, many of Arup’s most successful business units have arisen out of its willingness to allow its staff members to pursue their own passions and interests within the work environment. Importantly, while this strategy has inevitably involved some risk and failure, it has also enabled Arup to build a global reputation for innovation, attract the world’s brightest and most engaged staff and to be first mover in a number of new markets and reap the significant benefits associated with this.

While contracting is not generally synonymous with R&D, Laing O’Rourke also has a strong commitment to R&D through the formation and continued success of its Engineering Excellence Group (EnExG). It is not only Laing O’Rourke’s spending commitment to innovation and R&D (1.9 per cent of revenue) that led to it being recognized as one of the top 10 most innovative Australian organizations in 2014 and 2015. Rather, it is how these funds are utilized through the EnExG, and other activities of the wider organization, that makes Laing O’Rourke’s approach to innovation distinctly successful in an industry that often promotes similarity.

The EnExG is a highly cross-disciplinary team that has offices in both the United Kingdom and Australia. Now five years old, it employs a broad mixture of intellects and experiences from both within and outside of the traditional construction industry, with the aim of providing the perspectives and insights that can only be gained at the overlapping boundaries of the traditional disciplines of knowledge. By providing the environment for challenging and disruptive ideas to take seed and grow, the EnExG aims to drive fundamental change in the practices and culture of the broader construction industry.

This means much of the work of the EnExG is not solving problems through innovation, but rather providing fundamentally new methods and modes of thinking and working.

The EnExG has pioneered the development and implementation of disruptive technologies such as 3D printing, augmented reality and biometric measurements, among many others, for use by the Laing O’Rourke workforce and clients. Along with this foundational development the EnExG acts as a cultivation space for promising and innovative commercial ventures. One of these, SunShift™, has been awarded several highly competitive government grants and been the subject of much media attention for its potential to reshape the economics of renewable power generation.

While not every consultancy or construction company has the resources to invest in the types of highly structured and formalized R&D programs described above, it is worth remembering that all construction firms, large and small, exist in an increasingly globalised and knowledge-based economy where there is an ever greater reliance on our intellectual and creative capabilities than on our physical inputs or natural resources. We need to work smarter not just harder and without new ideas the Australian construction industry and the jobs that it provides will wither away in the face on growing and smart international competition.

Thanks to Dr Rowan Braham of Laing O’Rourke’s Engineering Excellence Group for providing information relating to its activities.

Martin Loosemore is a Professor of construction management at UNSW.

This opinion piece was first published on Sourceable.