The slow climb from innovation to cure: treating anaemia with gene editing

A new study has advanced the use of a technique known as 'CRISPR' to treat a common inherited form of anaemia, writes Merlin Crossley. 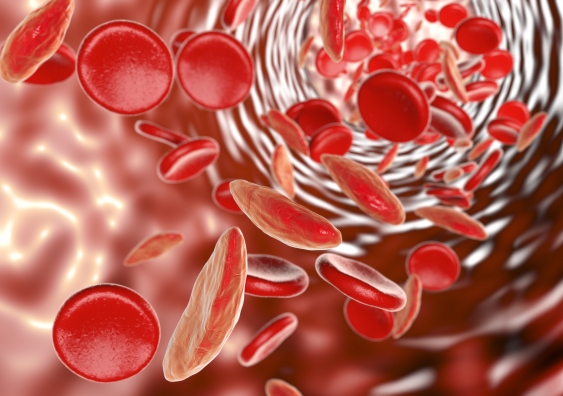 OPINION: The ability to precisely edit DNA via CRISPR technology has emerged as the one of the most powerful advances in biology. A new paper showing repair of a genetic mutation in human blood cells represents an important step towards treating the common, debilitating and expensive-to-treat blood disease known as sickle cell anaemia.

Gene therapy has been a long time coming.

Other breakthroughs - such as vitamins, antibiotics, and vaccines - were translated into medical remedies very quickly. Advances in diagnosis and the combination of different therapies have gradually improved cancer survival rates, and HIV can often be controlled with combination therapy.

But inherited genetic mutations that lead to unrelenting and life-long disease have stumped us. It has proved much harder than expected to put replacement genes into cells. Too often our genome seems to recognise the new DNA as foreign and shuts it down.

But CRISPR technology offers a completely new approach. We can now repair a gene, whereas in the past gene therapy involved adding a replacement gene.

A common, debilitating and expensive disease

Sickle cell anaemia results from a mutation in a gene that encodes haemoglobin – the protein in red blood cells that carries oxygen around our bodies. The mutation not only impairs the function of the protein, but also causes it to aggregate and distort cell shape. This leads to clumps of cells that block blood vessels, with devastating effects. Vital organs are damaged, strokes and episodes of great pain occur, and life span is reduced by around 30 years.

Blood transfusions can help but ultimately excess iron - a key component of haemoglobin - accumulates and tissues are further damaged. Life-long treatments are estimated to cost a million dollars per patient.

Sadly, this disease is common. Mutations in globin genes are the most prevalent of all single gene disorders. In the US there are around 70,000 patients at any given time, and across the world about 200,000 children with sickle cell anaemia are born each year. The total costs in terms of human suffering and the ultimately ineffective spending on health care is colossal.

Researchers led by Jacob Corn at Berkeley – the home of Jennifer Doudna, a CRISPR pioneer - have introduced several innovations to bring CRISPR therapy for Sickle Cell Anaemia closer to the clinic.

As described in their newest paper, their basic strategy was to purify immature blood cells (before they lose their nucleus, a normal part of red blood cell development), correct the mutation using a CRISPR system, and then graft the cells back into a recipient - in this case a laboratory mouse.

The team developed a number of innovations. They first synthesised all the components of the CRISPR machinery in the lab, then assembled them and delivered the parcel into cells using an electric shock process termed “electroporation”. The parcel contained bespoke molecular tools to find, cut and replace the target mutation in the haemoglobin gene.

The authors targeted the gene-editing parcel to blood cells that subsequently divide and give rise to many generations of blood cells. This feature is essential for long-term treatment, since red blood cells quickly wear out as they are being pumped around our bodies.

Using their technique, the team was able to successfully correct the target gene mutation in about 10% of cells. This might not sound much, but should be enough to have very real clinical benefits for patients.

How far off is use in the clinic?

While this work most certainly advances the use of CRISPR for editing human cells, a number of factors limit immediate applicability.

First, this paper concerned the correction of human blood cells that were grafted into laboratory mice. Although the same cells could be re-introduced into human patients, a lot more cells would be required to treat a human, since humans are much bigger than mice.

Also, the choice of “blood progenitor cells” to target is interesting. Blood progenitor cells are cells that have begun to develop down the pathway that forms blood. They aren’t self-renewing in the same way immortal stem cells are, so the supply of corrected blood will eventually run out.

It would have been better to use actual blood stem cells and sustain the cell renewal for longer, but those cells are much rarer and are difficult to recover in large numbers from patients. Also, some researchers have struggled to achieve gene correction in blood stem cells, and they wonder if these cells have all the required repair pathways.

Nevertheless, even corrected progenitor blood cells could be effective over reasonable periods, so this could represent a new treatment if not a cure.

When considering this work it is worth noting that we are talking about correcting blood cells. This is quite different from earlier work by a separate team that used donated, non-viable human embryos for their research.

Previous CRISPR experiments focused on the use of gene editing to change the genome of the entire body, which would be included in the eggs or sperm of any offspring if it came to fruition. Such gene therapy remains highly controversial and is considered unethical by many - partly because it could affect future generations who cannot consent to the treatment.

The work on blood progenitor cells is called “somatic” gene therapy, because only somatic or body cells are altered, and this is widely accepted as appropriate.

Beyond the important ethical considerations, will expensive treatments like this actually enter the clinic?

In America, yes they may. With strong investment in medical companies and health care insurance processes it could be cost effective in the USA.

In other developing countries it could be much harder. Consequently, a great many laboratories - including my own - continue to work on understanding the fundamental biology of the haemoglobin gene. The goal is to find affordable drugs that could treat the disease and could be made available throughout the world.

Merlin Crossley is the Deputy Vice-Chancellor Education and Professor of Molecular Biology, UNSW.