Bleak trade scenarios as Trump wins in the USA

The Republican victory could have potentially serious implications for trade-focused economies such as Australia. 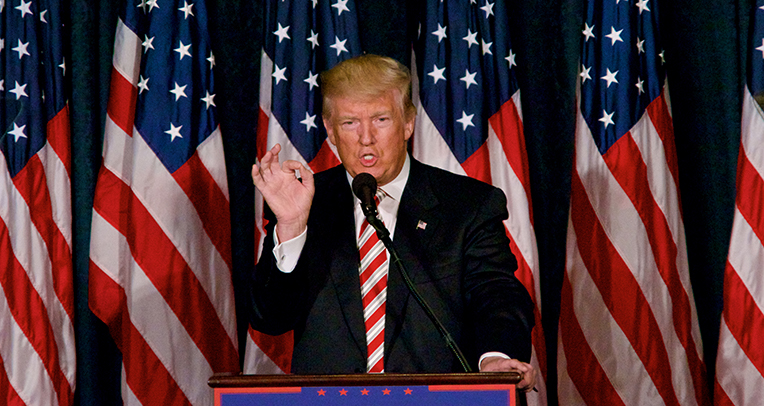 “A victory for Donald Trump in this week's long-awaited US presidential election may result a global trade war, thanks to Trump's protectionist trade policies,” says UNSW Business School’s Tim Harcourt. “Just look at the sell-off in share-markets around the world.”

Tim Harcourt is the JW Nevile Fellow of Economics UNSW Business School. He says the Republican victory would also have potentially serious implications for trade-focused economies such as Australia. “It's a funny election when Wall Street wants the Democrat to win and the Russians want the Republican to win. That was my immediate thought on Election Day as the world was glued to CNN Fox or their TV network of choice,” he says.

With Trump now the winner, he asks what this means for the world economy “There are jitters in the markers mainly because Trump has no political track record. He's never been a governor nor even a mayor. And that means even republican supporters in the financial markets thought the calm and experienced Hillary Clinton was a better bet.

Donald Trump’s unorthodox populist fashion has confounded pundits. “Donald Trump is the most isolationist political candidate since the 1920s when the Great Depression caused America and most nations to put up tariffs thinking that would stave off unemployment,” says Tim Harcourt.

There are questions now as to whether Trump will set off a trade war. “It is unlikely he will withdraw defence protection from South Korea and Japan, however the rhetoric and tone of the administration will be ‘America first’, and that’s a worry for Australia and the Asia pacific.”

But there may be another surprise left from Donald Trump. “He may in office be quite different to what he has said in a ‘cut through’ campaign against Washington conventional politics. And as The Monty Python Boys say ‘always look on the bright side of life’. Despite the shock, the world keeps on spinning,” says Tim Harcourt.