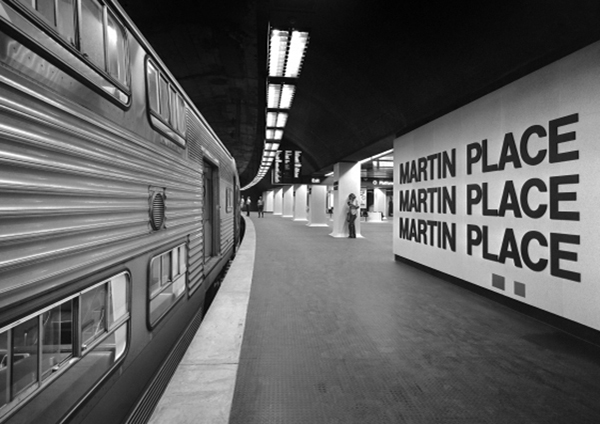 UNSW academics have contributed to a richly illustrated book exploring the history of one of Australia's most iconic urban precincts.

Sydney’s Martin Place: A Cultural and Design History edited by UNSW Built Environment’s Judith O’Callaghan, Paul Hogben and Professor of Planning Rob Freestone, recalls the evolution of Martin Place from a colonial thoroughfare to a global corporations hub, and more recently as the site of the tragic Lindt Cafe siege.

Australian poet and journalist Kenneth Slessor once described Martin Place as the ‘valley of sandstone’ because of the look of its major nineteenth and twentieth century buildings, including Sydney’s General Post Office. Since then Martin Place has evolved to become the heart of Sydney’s financial district, a popular meeting place and the site of public protests.

Launching the book, UNSW Built Environment Dean Professor Helen Lochhead said; “There has been no publication to date that has charted the complex history of Martin Place’s development. This handsome book goes a long way in addressing that serious omission.”

Chief Commissioner of the Greater Sydney Commission and Adjunct Professor at UNSW’s Faculty of Built Environment Lucy Turnbull said the book is “testament to how our constantly changing city is ever-evolving to adapt to and to grasp the potential of an ever-changing future”.

The editors said Sydney’s Martin Place “offers a timely opportunity for reflection as a new wave of developments confirm the status of Martin Place as one of central Sydney’s greatest and most fascinating urban spaces”.

Australian modernist photographer Max Dupain’s images grace many of the books pages, including photos of Harry Seidler & Associates’ iconic MLC Tower and the interior of the Martin Place train station.

UNSW Professor of Practice and architect Richard Johnson's memorial to the Lindt Café victims and survivors will become a centrepiece of Martin Place when it is installed. The design features 400 flower symbols encased in glass cubes that will be laid into the granite pavement. Scattered across the plaza in a starburst pattern, the flower cubes will light up at night.

Peace celebrations in Martin Place at the end of World War II. 1945. Photographer unknown. Courtesy of the Australian War Memorial

Semi-circular seating in the newly pedestrianised Martin Place in the 1970s. Photographer unknown, 1974. Courtesy of the City of Sydney Archives.