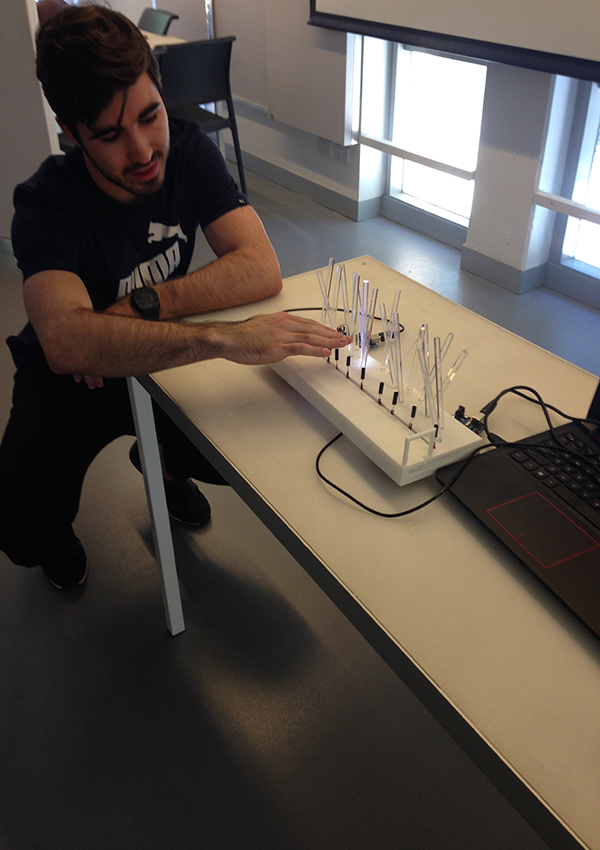 The Computational Design 1231 Ubiquitous Cities first year students presented their final project for the semester on Friday 28th October. Several external guests were present including Geoff King who is Head of Future City at the City of Parramatta. Geoff is also a UNSW Landscape Architecture alumni who oversees the implementation of the City of Parramatta’s smart city strategy. He was so impressed by the depth, professionalism and skill of the students that he has asked five groups to come and present to other members of the City of Parramatta including to the Acting GM/CEO of their Innovation Forum.

Over the course of the semester the Ubiquitous Cities students moved through three scales of thinking about the role of digital technologies in and for the built and urban environment. This began with the scale of the city and more specifically, research into “smart city” strategies through case studies from around the globe. The second scale involved urban precinct analysis of various sites in the Parramatta CBD. Students used urban design analysis methods, complemented by an exploration of other layers of information including digital data sources, such as social media sentiment analysis, otherwise known as “the feels” of a site. The final scale addressed the scale of human interaction and experience and here students designed and presented an urban interaction design concept that applied their Arduino programming skills and knowledge of actuating and sensing technologies to address the problem established during their urban precinct analysis. Students produced poster presentations, multimedia verbal presentations and working Arduino models.

Above: students present their end of year projects to the City of Parramatta's Head of Future City, Photos: Geoff King.