Humans are still evolving but in ways that might surprise you

It’s often said that through our innovations in science, agriculture and medicine humans have become masters of our biological destiny, writes Darren Curnoe. 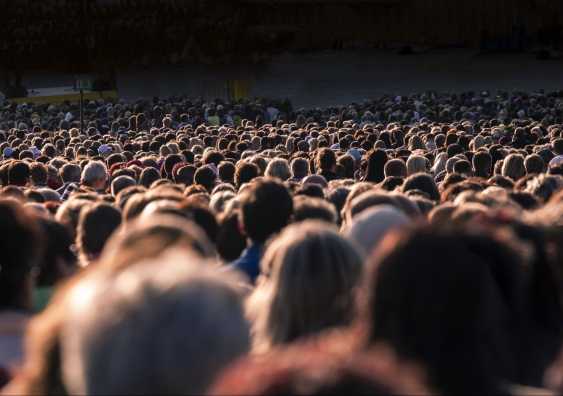 OPINION: It’s often said that through our innovations in science, agriculture and medicine humans have become masters of our biological destiny.

That we’ve seized control of our evolution, eliminating most of the causes of death and suffering experienced by our ancient and not too distant ancestors.

We’ve wiped out hunger and famine and eliminated food shortages in most parts of the world.

Today, we have access to a wide variety of high quality foods. Items once only available to us seasonally can now be eaten all year round.

Humans have tamed many deadly diseases with antibiotics and even wiped some out completely through vaccination.

As we age and our body parts break or wear out we’re increasingly able to repair or even replace them with artificial ones.

We can control our fertility and decide whether to have children or not, even while maintaining active sex lives.

People mature earlier and delay having children until they’re ready to, after careers have been established and families are financially ready to raise kids.

Many of us can choose who we marry; people from across the planet rather than just the neighbourhood or tribe; from the opposite, or in some places, the same sex.

We’ve dramatically extended our lifespan: more people are living much longer than ever before.

Across the planet the number of centenarians is growing dramatically each year.

And with all of these changes in culture, health, nutrition and life expectancy the human population has grown dramatically over the last century.

It took hundreds of thousands of years to reach a population of just a billion people, but by the middle of the twentieth century there were two and a half billion of us.

And by the mid-twenty-first century predictions are there will be almost 10 billion of us on this tiny blue planet.

We’re rewriting not only our own future but sealing the evolutionary fate of millions of other species as well.

From the species within our bodies in our vast microbiome affected by shifts in diet and the use of medication, to the many species in the external environment we affect through pollution, land clearing and over exploitation.

What impact might all of these changes have on our future as a species? The future course of our evolution?

Geneticists have found clear evidence that the choices people make can have profound impacts on the evolution of entire populations, and ultimately, our species as well.

Some striking examples have been found like that both women and men are currently under selection for earlier age at first birth across a wide range of societies.

The upshot is that in some groups the reproductive span seems to be getting longer for both women and men.

The trend to early maturing at smaller body sizes may be the consequence of the widespread decrease in juvenile mortality resulting from improvements to hygiene, public health and medical care.

An interesting study published this year on the bioRxiv preprint serverby a team led by Yair Field from Stanford University has studied DNA stored on the UK10K Project for the signs of recent evolution among living British people.

Field’s team investigated the signals of selection spanning the last 2,000 years and found evidence for evolution in three important sets of genes.

First, there has been strong selection for lactase genes, or those associated with a person’s ability to digest milk and other dairy foods.

So, dairy tolerance has been on the rise over the last couple of thousand years in Britain, perhaps along with increasing levels of milk consumption.

The second set was with the so-called HLA genes, which play a role in the human immune system.

While the possible cause is less clear cut it might be due to increasing levels of infectious disease exposure from greater numbers of immigrants such as the Romans who occupied Britain around 2,000 years ago and many groups after them.

But most surprising of all was the finding that the genes for blonde hair and blue eyes have been under selection over the last two millenia.

In this case, it seems that sexual selection rather than natural selection has been driving an increase in the number of people carrying the genes for this combination.

In the UK at least, it seems that gentlemen really do prefer blondes, well at least for the last 2,000 years anyway.

Far from being esoteric, this kind of research shows how the decisions we make about how we live, what we eat and even who we marry can have long lasting impacts on our evolution.

While governments and policy makers usually only have their eyes set on short time horizons, we really ought to be thinking about the consequences our modern lifestyle and the profound changes we’re making to the planet might have on our evolution as well.

This opinion piece was first posted on The Conversation.