How do we deal with climate change displacement?

Natural disasters are on the rise due to climate change, displacing millions of people each year. A new international initiative is aiming to improve the way governments respond to such crises, writes Jane McAdam. 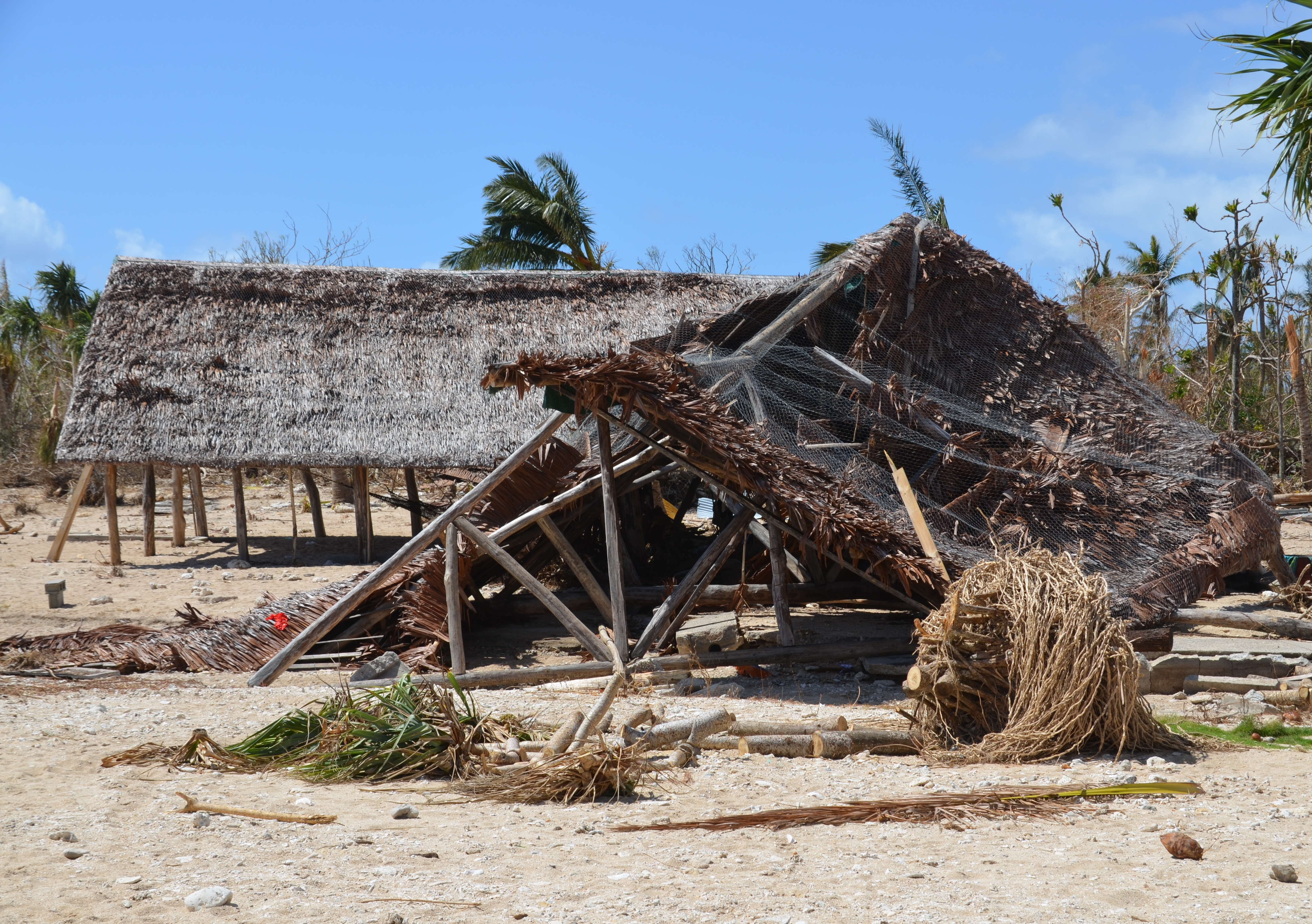 OPINION: On average, one person is displaced each second by a disaster-related hazard. In global terms, that’s about 26 million people a year.

Most move within their own countries, but some are forced across international borders. As climate change continues, more frequent and extreme weather events are expected to put more people in harm’s way.

In the Pacific region alone, this year’s Cyclone Winston was the strongest ever to hit Fiji, destroying whole villages. Last year, Cyclone Pam displaced thousands of people in Vanuatu and Tuvalu – more than 70% of Vanuatu’s population were left seeking shelter in the storm’s immediate aftermath.

However, future human catastrophes are not inevitable. The action – or inaction – of governments today will determine whether we see even greater suffering, or whether people movements can be effectively managed.

International law does not generally regard people displaced by disasters as refugees, and national responses are ad hoc and unpredictable, resulting in protection gaps.

However, on July 1, a landmark new intergovernmental initiative kicked off: the Platform on Disaster Displacement. Led by the governments of Germany and Bangladesh, and with Australia as a founding member, it addresses how to protect and help people displaced by the impacts of disasters and climate change, one of the biggest humanitarian challenges of the 21st century.

The Platform does not merely envisage responses after disasters strike, but also policy options that governments can implement now to prevent future displacements.

The provision of prompt and adequate assistance after a disaster can also reduce longer-term, secondary migration. In a study of displacement following severe floods in Bangladesh, it was found that people who felt adequately assisted and compensated were less likely to move on.

The Platform on Disaster Displacement succeeds the Nansen Initiative on Disaster-Induced Cross-Border Displacement, led by Switzerland and Norway from 2012–15. Through its groundbreaking work, there have been huge leaps and bounds in global understandings about how people move in anticipation of, or in response to, disasters, and what kinds of proactive interventions can help to avoid displacement – or at least avert some of its negative consequences.

The Nansen Initiative’s chief outcome was the Protection Agenda, which provided a toolkit of concrete policy options and effective practices that governments can implement now, both to avert displacement where possible, and to protect and assist those who are displaced.

Strategies such as disaster risk reduction and climate change adaptation can help to mitigate against displacement if disaster strikes. Temporary, planned evacuation can provide a pathway to safety and emergency support.

In 2015, Northern Australia was battered by two potent tropical cyclones within six hours on the same day, Cyclone Lam and Cyclone Marcia. NASA

Facilitating migration away from at-risk areas can open up opportunities for new livelihoods, skills, knowledge and remittances, at the same time as relieving demographic and resource pressures.

Indeed, in this context, the Australian government has acknowledged that the promotion of safe and well-managed migration schemes is a key part of building resilience.

The Kiribati–Australia Nursing Initiative is a good example. Kiribati is a Pacific Island nation that is very vulnerable to the impacts of climate change, and which lacks extensive educational and employment opportunities.

The Initiative enabled around 90 young people from Kiribati to train in Australia as nurses, providing them with an opportunity to secure a job in the healthcare sector either in Australia, overseas or back home.

On a larger scale, planned relocations can also help people to move out of harm’s way before disaster strikes, or to relocate to safer locations in the aftermath of a disaster if it’s not safe for them to go home. This requires careful consultation with those affected, ensuring that their rights and interests are safeguarded.

The Platform on Disaster Displacement will implement the Nansen Initiative’s Protection Agenda by building strong partnerships between policymakers, practitioners and experts.

While it does not intend to create new legal standards at the global level, it will encourage governments to build more predictable legal responses at the national and regional levels, including through bilateral/regional agreements relating to the admission, stay and non-return of displaced people.

The Platform is a significant opportunity. Governments that act now can make a major contribution to reducing future displacement and its high economic and human costs.

The UN Secretary-General recently highlighted the displacement risk posed by disasters and climate change, and emphasised the need for strengthened international cooperation and protection.

It is essential that the new Platform on Disaster Displacement continues this forward-looking agenda, placing the needs, rights and entitlements of individuals and communities at the forefront of its activities.

Scientia Professor Jane McAdam is Director of the Kaldor Centre for International Refugee Law and head of the Grand Challenge on Refugees & Migrants at UNSW. She is speaking tonight about climate change and refugees at UNSOMNIA: What keeps you up at night?, the launch event for the UNSW Grand Challenges Program.

This article was originally published on The Conversation and can be republished for free, online or in print, under Creative Commons licence. See the republishing guidelines.  Read the original article.