Tiny desert mice could help save Australia’s grasslands from invasion 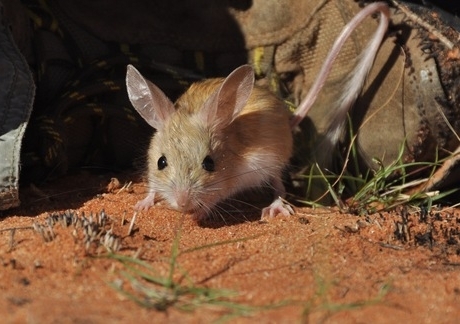 You should stop skylarking about with those bloody desert mice and try and stop those woody weeds. I could see clear through that paddock in the ‘60s. Now look at it. That scrub costs us tens of thousands of dollars in lost fodder and it’s almost impossible to muster the livestock.

OPINION: That blunt assessment of our research, first offered by a local farmer in Australia’s arid rangelands almost seven years ago, raised an irresistible question for us as field ecologists. Why are Australia’s (and many others around the world) grasslands becoming woodier?

It certainly was a question worth asking. Shrub encroachment – an increase in the cover of woody shrubs in areas once dominated by grasses – is not just an issue in Australia.

In two recent papers published in the journals Ecography and the Journal of Animal Ecology, we looked at one key reason why trees are invading grasslands, and how we could stop them. And it all comes down to tiny desert mice.

“Invasive native vegetation”, as bureaucrats call it, is a major problem for livestock producers in drylands throughout the world. This is because the shrubs compete for space and light with the grasses needed to feed their cattle and sheep.

It is a hard problem to tackle. Clearing and fire are the most common methods of controlling woody shrubs. But these methods are laborious and often hard to implement on large scales.

The causes for the spread are complex and poorly understood. Shrub encroachment is often attributed to overgrazing by livestock, which favours the growth of shrubs over grasses. It has also been linked to a reduction in bushfires that wipe out the shrubs and an increase in atmospheric carbon dioxide, which can promote their growth.

However, we suspected another important factor could be at play. And it was those little desert mice that provided us with a big clue – and a possible solution.

Since European settlement, livestock grazing and the introduction of foxes, feral cats and rabbits have decimated Australia’s native mammals, especially in arid and semi-arid areas.

The bilbies, bettongs, native rodents and other small mammals that became rare or extinct across much of the continent in the early 20th century once played essential roles in Australian ecosystems, by shifting vast amounts of soil and consuming vegetation and seeds.

Historical accounts suggest that shrub encroachment quickly followed European settlement and mammal extinctions in many areas. This coincidence led us to ask: could the loss of native mammals be making Australia’s drylands woodier?

To answer this question, we went to the northwest corner of NSW. Here the Dingo Fence marks the border with Queensland and South Australia.

We wanted to know whether the local extinction of a native mammal, the dusky hopping mouse, which eats shrub seeds and seedlings, would allow more shrubs to grow. The Dingo Fence was the perfect study site because dusky hopping mice are common on the northwest side, “outside” the fence, where dingoes are present.

Dingoes keep fox numbers down, which are the mouse’s major predator. However, dusky hopping mice are rare on the “inside” of the fence (the NSW side), where dingoes are less common and foxes roam.

We first used historical aerial photographs to show that shrub cover was consistently higher inside the dingo fence (rodents rare) than outside (rodents common). We then did field surveys, which showed that the numbers of shrubs, their seedlings and their seeds were greater where rodents were rare.

These results are exciting because they suggest that the loss of native mammals such as the dusky hopping mouse may be an important and overlooked driver of shrub encroachment, not only in arid Australia but also globally.

Perhaps more exciting, however, is how we can apply our work. Our research suggests that “rewilding” drylands by re-establishing rodents and other native mammal species that eat shrub seeds and seedlings, such as bettongs and bilbies, could curb the shrub invasion.

Although an abstract and even controversial idea, rewilding of native mammals would provide a long-term solution to a problem that has affected pastoralists for more than a century.

Further, it would represent a natural and cost-effective strategy with enormous benefits for the conservation of imperilled native mammals.

Before we can do so, we have to control foxes and feral cats across vast areas, which is no small feat. However, the economic and conservation potential make it an approach that is well worth taking seriously.

This article was originally published on The Conversation and can be republished for free, online or in print, under Creative Commons licence. Read the original article.