UNSW is on track to reach its target of 30% female enrolments in engineering by 2020, after a record number of women received offers this year. 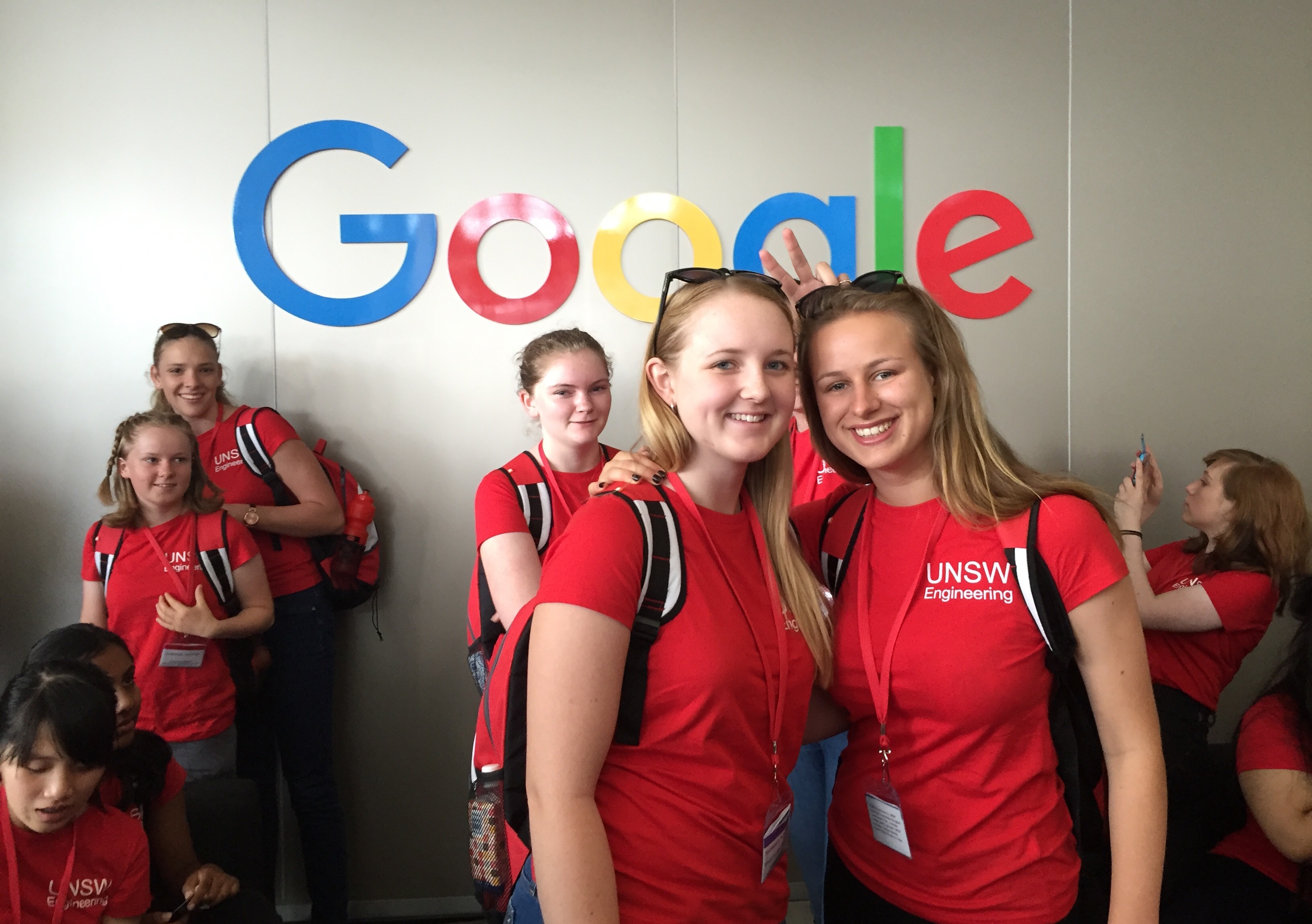 Brittney Monk and Laura Johnson are among a record number of female students to receive offers to study engineering at UNSW in 2017.

One in four (25%) Engineering offers have gone to female school leavers, with the Faculty on track to reach its ambitious target of 30% female enrolments by 2020 – well above the national average.

Women are underrepresented as engineers around Australia in university programs and at the professional level. The latest available data from the 2011 census showed women represented just 11% of the engineering workforce in Australia.

In addition, the latest statistical overview of the profession, published by Engineers Australia, revealed just 16% of the 19,550 students that completed university-level engineering courses in 2014 were female.

Once they know about the opportunities presented by a career in engineering, there are plenty of women keen to pursue it.

“These numbers show that there is no lack of interest in STEM disciplines among women – once they know about the opportunities presented by a career in engineering, there are plenty of women keen to pursue it,” she says. “This puts UNSW well on the path to achieving our target of 30% female engineering students by 2020.”

UNSW Engineering already has above national average female enrolments at 22%, which is up from 19% in 2010. But that hasn’t stopped the Faculty from setting an even more ambitious target to boost that rate to 30% by the end of the decade. To do so, it has been actively recruiting female students and running STEM outreach programs, including its Women in Engineering (WIE) Summer Camp for senior high school students.

An aspiring transport engineer, Brittney Monk’s experience at the camp helped motivate her to pursue engineering as a career. Living in south-western Sydney, Monk understood the enormous challenge of creating effective transport systems. However, it was only after visiting the Australian transport company, Transurban, as part of last year’s WIE Summer Camp that she realised she could help make improvements and innovate solutions to complex transport and logistical problems.

Monk attended St Patrick’s College in Campbelltown, achieving an ATAR of 95.9, and has been offered a place in the Bachelor of Civil Engineering. It’s a school that houses the Research Centre for Integrated Transport Innovation. She’s also the recipient of the Transurban Women in Engineering Scholarship, valued at $10,000 per year.

There’s enormous scope for renewable energy technologies in the future as we transition to a clean energy economy. I believe that transition is going to happen and I want to be at the forefront of that change.

Laura Johnson, another summer camp alumnus, will also be among the record number of first-year female engineering students at UNSW in 2017. Johnson, who attended McAuley Catholic College in Grafton and achieved an ATAR of 99.45, has been accepted into the flexible first-year program and hopes to stream into the renewable energy engineering program.

“There’s enormous scope for renewable energy technologies in the future as we move to a clean energy economy,” she says. “I believe that transition is going to happen and I want to be at the forefront of that change.”

Johnson says her ultimate goal is to work as a “humanitarian engineer” on renewable energy projects in developing countries. Until then, the future Basser College resident says she plans on “joining every club and society” on campus to find opportunities and friends, and make the most of her university experience.

It is early days, but she seems to be making good on that promise: as a self-professed obsessive tea drinker, she’s already "sussed out the UNSW Tea Society. I'm also excited about meeting up with friends I made during engineering and science camps before classes begin".

Rewarded for her academic excellence and involvement in extracurricular activities, Johnson says she feels “lucky and thrilled” to be the recipient of a number of scholarships.

Other female engineering students will benefit from a suite of awards and scholarships. Introduced this year, the Head-Start Awards, valued at $3,000 each, are awarded to the 60 highest-ranked commencing students. This is in addition to 15 women in engineering program scholarships, 10 of which are sponsored by industry.