Why mass deportations are costly and hurt the economy

Donald Trump has set in motion a plan to forcibly evict several million illegal immigrants, strating with those with criminal records. But doing so won't come cheap, writes Mark Humphery-Jenner. 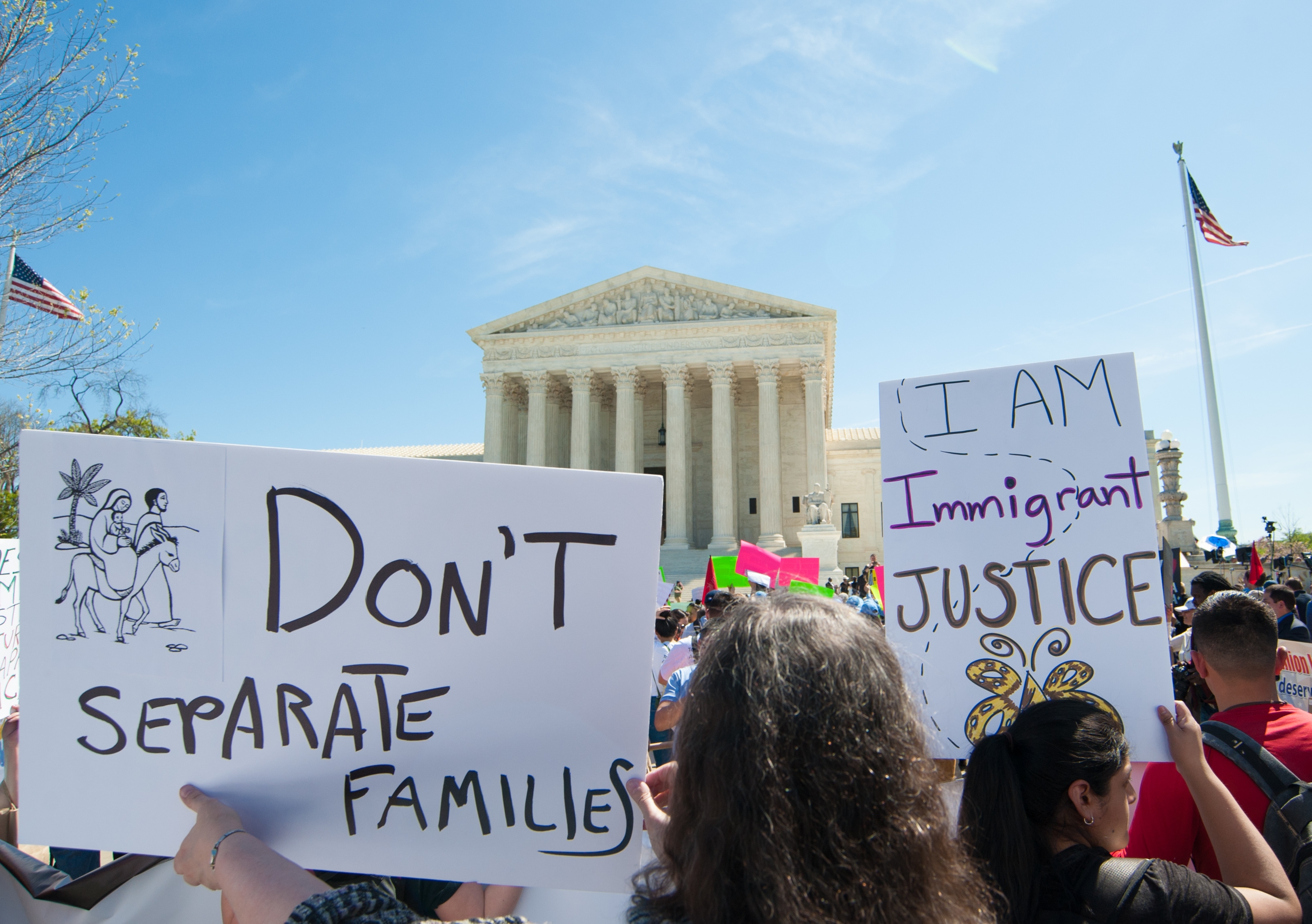 OPINION: President Donald Trump has pledged to deport several million undocumented immigrants and recently set a plan in motion targeting those with criminal records (of any kind).

These include the impact on economic growth and the labor force, which have received some coverage, but there are several other factors that ought to be considered, such as the debts and dependents left behind by those deported and the costs of giving them the boot.

To start with undocumented immigrants are able to amass debt in the U.S., and being deported makes it less likely they’ll honor it. This imposes risks on the financial system and on lenders in particular.

A person need not be a citizen or a permanent resident to obtain a mortgage, credit card, car loan or student loan – something covered even at Trump University, it seems.

To get a mortgage, for example, an illegal immigrant need only show a history of paying taxes, have a down payment and possibly have other documentation of income. Alterra Home Loans, for one, explicitly offers home loans to people with no social security card and no documents to prove legal status. Thus, loans are clearly available to undocumented immigrants. According to a 2009 Pew Hispanic Center survey, about 35 percent of “unauthorized immigrant households” own a home.

It is not clear how many mortgages have been given to undocumented immigrants. Of the 11 million estimated immigrants in the U.S. without papers, if we assume 1 million of them currently have a mortgage of US$50,000 (a third of the average of $172,806), this conservative estimate would put about $50 million at risk during a mass deportation.

Or another scenario could involve a person who enters legally under a multi-year visa, amasses debt including a mortgage, overstays that visa and then is deported as an illegal.

The credit costs of deporting undocumented immigrants could be high and avoidable. Is it really worth damaging the economy by deporting immigrants who make consistent payments as responsible borrowers?

The burdens of those left behind

Around 8 percent of all births in the U.S. are to unauthorized immigrants, with around 4.5 million children living with undocumented immigrant parents.

As these children are not financially independent, deporting their parents can lead to childcare costs and other indirect costs that will be borne over time. These stem from the impact of separating families. A stable family environment leads to better educational and career outcomes, while helping to reduce criminality. Separating them clearly jeopardizes these positive outcomes. It also risks increasing poverty, which, in turn, could worsen educational outcomes. This reduces future tax revenue and increases future welfare expenditure.

Deportations have some immediate costs as well. These include the costs of hiring more U.S. Department of Homeland Security Immigration and Customs Enforcement (ICE) agents to round up undocumented immigrants. They also create court costs.

Court costs are large: paying for judges and lawyers is expensive. There is currently a backlog of over 500,000 deportation cases already, which on average have been open for over 600 days. Increased deportations will only amplify these costs. And then there is the opportunity cost of not being able to put those resources to another use. Either more lawyers and judges will need to be hired or this backlog will only worsen.

Los Angeles city leaders, for example, have proposed a $10 million fund to help deportees fight deportation in the courts. This will clearly add to the number of cases flowing through immigration courts.

Assuming the deportations are spread out over a four-year period, this essentially doubles ICE’s workload. This would dramatically increase enforcement costs, stemming from the costs to ICE and the costs to the courts.

These costs are already starting to pile up. President Trump has announced the hiring of an additional 5,000 border patrol officers and 10,000 additional ICE officers.

The Migration Policy Institute estimates that around 820,000 undocumented immigrants have criminal records (for any crime), so hitting his target may also involve deporting quite a few who haven’t committed a criminal offence, as we’re already seeing.

The American Action Forum suggests that the increased workload would have dramatic cost implications. The center-right think tank estimates that the cost of deporting all 11 million undocumented immigrants over two years would be $400 billion to $600 billion in terms of increase court, labor and facilities costs. Thus deporting 1 million immigrants could potentially cost well over $35 billion to $55 billion. This is a conservative estimate as it ignores the impact of economies of scale that reduce the deportation-cost-per person as more people are deported.

This all suggests that deportation could carry significant direct costs and should be core concerns for a fiscally prudent government, which the current administration and the GOP claims to be.

Lastly, rounding up undocumented immigrants will affect the job market and economic growth. The economic benefits of immigration have been well established in a report by the National Academy of Sciences, Engineering and Medicine.

The American Action Forum estimates that removing all 11 million immigrants would decrease the labor force by 6 percent and cut GDP by $1.6 trillion, or around 8.5 percent, based on Bureau of Economic Analysis figures. The administration does not currently intend to deport all 11 million immigrants, so the deportations under consideration would have a smaller impact. This is at least partly because criminals are less likely to be employed or have worse jobs if they are.

Nevertheless, there would be a cost. This is because undocumented immigrants’ labor is not directly substitutable with that of other workers. Undocumented immigrants typically work in less desirable jobs that Americans might not want and might work at a lower cost. Thus, companies might need to pay more to replace undocumented workers, result in reduce capacity to hire and an impact on growth.

Put together, these factors mean that the government must think carefully before aggressively pursuing undocumented immigrants. There are significant costs associated with deportations and the government should consider them carefully when weighing its policy objectives.

Mark Humphery-Jenner is an Associate Professor of Finance at UNSW