Reconciliation Australia and ten of its Elevate RAP Partners and have launched a ground-breaking program to break the Indigenous “glass ceiling”. 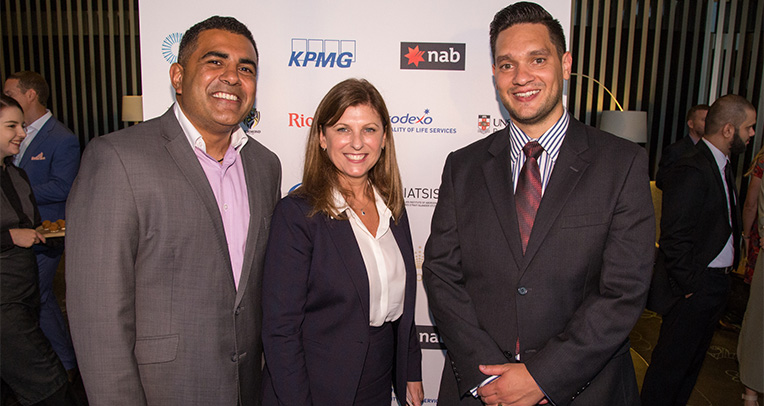 Reconciliation Australia and ten of its Elevate RAP Partners have launched a ground-breaking program to break the Indigenous “glass ceiling” and bring more Indigenous Australians into the C-suite. The program will be run by AGSM @ UNSW Business School and started on Tuesday, 21 March.

The EIELP is a nine-month program during which participants will undertake executive learning modules focusing on strategic thinking, leadership and identity, innovation, personal effectiveness and communicating with influence – amongst other things. Participants will also be individually mentored by senior executive leaders within their respective organisations.

Frank Kennedy, Executive Director of AGSM Short Courses, who will run the program, welcomed the initiative, not only from the perspective of developing talented Indigenous leaders, but also for the value it will bring to Australian organisations.

“It has been proven time and time again that diversity and inclusion, and in particular different perspectives within the C-suites and Boardrooms, improves the rigour of decision-making and ultimately performance of organisations. While gender diversity has received much focus in recent years, other aspects of diversity have not. This program aims to address that and tap a valuable talent pool that has to date been under-represented amongst the decision-makers in Australia,” Mr Kennedy said.

Reconciliation Australia CEO, Justin Mohammed said “While we have seen progress in the areas of Aboriginal and Torres Strait Islander employment and development by corporate Australia, we are not yet seeing many Aboriginal and Torres Strait Islander talent move beyond middle management. This program aims to change that - and see our talented Indigenous leaders enter the C-suite and Boardrooms of Corporate Australia.”

Glen Brennan, a Gomeroi man, Head of Indigenous Business and State Director Victoria of Government, Education, Community and Franchise Banking at NAB has welcomed the initiative noting its potential to cultivate the next generation of Indigenous business leaders - who have an important role in shaping the future of Indigenous Australia.

“Indigenous executives have an important role to play in framing policy. We don’t leave our Aboriginality at the door the moment we walk into big business. We care deeply about the future of our people and want to be involved. This program will help create important opportunities for those voices to be elevated to the senior ranks of Corporate Australia and heard at the senior levels of decision-making in this country,” Mr Brennan said.

“This program demonstrates real commitment on the part of participants to create ground-breaking leadership opportunities for Indigenous Australians, opportunities which can in turn serve Indigenous communities and Indigenous Business.”