Life on the land could have started millions of years earlier on Earth than first thought. This could change the way we think about life developing elsewhere in the universe, writes Tara Djokic. 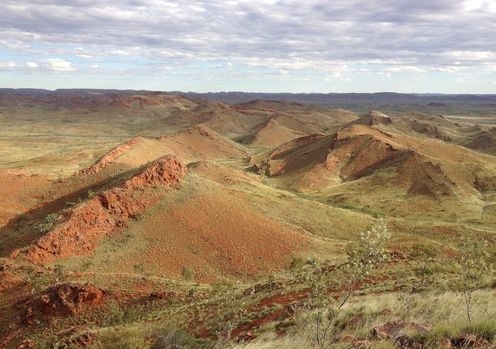 OPINION: Fossil evidence of early life has been found in old hot spring deposits in the Pilbara, Western Australia, that date back almost 3.48 billion years.

This extends the known evidence of life at land-based hot springs on Earth by about 3 billion years.

Not only is the find exciting for what it might say about the evolution of early life on Earth, but it also has implications for the search for life on Mars.

Our understanding of these deposits would not be possible without the foundations laid by earlier researchers.

In the late 1970s, fossilised stromatolites – rock structures built by communities of microorganisms – were discovered within these Pilbara deposits.

These were interpreted as once living in a quiet, shallow water coastal environment much like we see in the modern setting of Shark Bay.

But extensive research over the past 20 years has led to a much better understanding of the environment that suggests it was actually part of an ancient volcano.

In modern volcanic settings, hot fluids circulate in the rocks underground and manifest as hot vents at the bottom of the salty ocean, such as the black or white smokers, or terrestrial hot springs on land where fresh rainwater is available.

What was unclear about the volcanic setting in the Pilbara was whether these hot circulating fluids were indeed discharging on land, producing hot springs – such as those we see in Rotorua, New Zealand – and could we link these hot springs to signs of life?

Our recent findings from the Pilbara, published today in Nature Communications, provide a smoking gun to a terrestrial hot spring scenario in the form of a particular rock type called geyserite. This was found alongside a variety of textures that indicate life.

Geyserite only forms around the edges of terrestrial hot spring pools and geysers. These are found actively forming today in New Zealand, Yellowstone National Park and Iceland to name a few.

The biological signatures that we’ve found include stromatolites, but also some newly identified microbial textures. This includes a microbial texture (called palisade fabric) that represents microbes that grew upon the ancient sinter terraces – the rocks that form around hot spring pools.

We also found evidence of gas bubbles that must have been trapped in a sticky substance (microbial) in order to be able to preserve the bubble shape.

Importantly, all of these textures are comparable to fossil textures found in modern hot spring settings such as Yellowstone National Park or Rotorua, New Zealand.

The Earth’s geological and fossil record is like a thousand-piece puzzle, but we only have a few pieces. Every missing piece we discover helps us to better shape our understanding of life.

But these new findings don’t just extend back the record of geyserite and life living in hot springs on land by 3 billion years, they also indicate that life was inhabiting the land much earlier than previously thought, by up to 580 million years.

Before these findings, the world’s oldest evidence for microbial life on land was from ancient, organic matter-rich soils from South Africa, aged between 2.7 billion and 2.9 billion years.

The new discovery has implications for the evolution, and perhaps even the origin, of life on Earth.

Scientists are currently considering two hypotheses regarding the origin of life: that it began in the ocean in hot vents, or alternatively that it began on land in a version of Charles Darwin’s “warm little pond” which was connected to a hot spring system.

The discovery of biological signatures and fossil preservation in such ancient hot springs provides at least a geological perspective of the types of environments available and inhabited by life very early on in Earth’s history.

This may lend weight to the hypothesis that life originated on land and then took a downhill adaptive evolutionary pathway to the salty ocean, whereas the opposite is typically proposed.

These findings have major implications regarding the search for life elsewhere in the universe, or at least our solar system. Our neighbouring planet, Mars, has long been a target in the search for extraterrestrial life.

It is widely accepted that the red planet was likely similar to Earth once upon a time, in that it had liquid water flowing on its surface and active volcanoes.

Recent data from the spirit rover has even identified ancient hot springs, of a similar age to early Earth, in an area called Columbia Hills.

In fact Columbia Hills is one of the top three potential landing sites chosen for NASA’s upcoming Mars2020 rover that’s includes a primary objective to search for fossil life on Mars.

Tara Djokic is a PhD candidate at UNSW