Vital Signs: It will take more than asking for a pay rise to fix wages problem

For a whole lot of workers in Australia, cutting a better pay deal is very hard, writes Richard Holden. 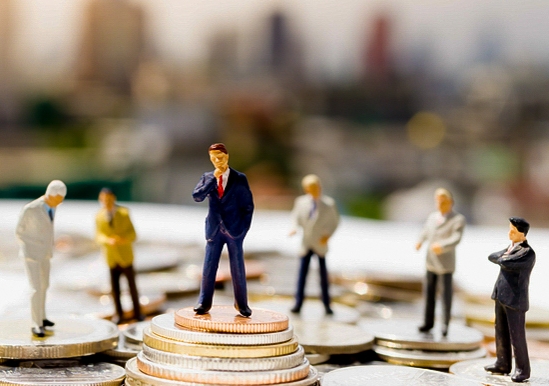 This week: a break from data reporting to focus on Australia’s dismal wages growth and the productivity paradox behind it.

There was a time when speeches by central bankers were definitely boring. Lots of talk about the “weight of evidence”, what was thought “on balance”, and how doing nothing was “deemed prudent”.

Perhaps it is a sign of the macroeconomic times, but Reserve Bank governor Philip Lowe’s speeches are anything but dull. A case in point were remarks he made this week at the Crawford Australian Leadership Forum.

Although it was a fairly wide-ranging conversation, the most notable comments Lowe made concerned the labour market. Strikingly, he said:

The decline in the hours of work. Some people look at that, this is kind of terrible. Actually I can see an upside of that because this distinction between part time and full time employment is old fashioned…the bulk of these people actually want to work part-time…the fact that we’re working part time is probably a good thing…But the problem…is weak wages growth.

That’s a fascinating statement, because it reveals a rather different way of looking at employment numbers. Consider the usual reaction if we see employment figures showing, say, an overall flat level of employment growth but a drop in full-time workers with a corresponding rise in part-time workers. I, for one, would tend to interpret that as businesses wanting flexibility and being unwilling to fully commit to new jobs.

Lowe’s remarks suggest that we should perhaps interpret such figures as reflecting a preference from workers for more flexibility. Whether that’s the right or wrong way to think about things, it certainly tells us something important about how the RBA interprets key labour market figures.

But the most interesting comments from Lowe came a little later. Referring to the low unemployment rate, he said:

At some point, one imagines that’s going to lead to workers being prepared to ask for larger wage rises…If that were to happen it would be a good thing.

So if all this part-time work is because employees (not just employers) want flexibility, and unemployment ends up around 5%, then the usual logic of supply and demand in labour markets will shine through.

I’m not so sure that is what’s going to happen. Reading between the lines, perhaps Lowe isn’t really either. “If that were to happen it would be a good thing” sounds a lot more aspirational than predictive.

But let’s think about how it would work. Lowe seems to envisage a tight labour market giving workers more bargaining power. As he put it:

Hopefully running for a few years now with quite tight labour markets [will be] re-energising workers to get more of the labour share.

First, for a whole lot of workers in Australia, cutting a better deal is very hard. They are either on an award or their wages are determined by an enterprise bargaining agreement. In neither case do the workers actually do the bargaining themselves. And it is far from clear that the outcome of deals cut – or edicts handed down – by unions or the Fair Work Commission are going to deliver significant overall pay rises.

If the pie isn’t getting bigger, then it’s hard to make the case for a bigger slice of it.

The key factor driving the record low wages growth we are witnessing is lack of productivity growth. That’s also why Australia is not alone in this – other advanced economies like the United States and Great Britain are witnessing similarly stagnant wages.

Without another productivity revolution – like the IT-driven one of the 1990s – it is hard to see how the overall pie gets bigger.

There is the potential for a kind of “robot revolution” that not only displaces jobs but makes the remaining workers a lot more productive. Think of surgeons using robots to perform operations faster and better than they could before.

But policy is crucial here. Will the robot revolution be repelled through a raft of measures that seek to stop the inevitable tide of progress? I didn’t used to think so, but witnessing how many folks in politics are now bemoaning globalisation and free trade, I’m not so sure.

Lowe is right that it’s vital for real wages growth pick up – for social as well as economic reasons. But the clearest way to seeing that happen is for policymakers to embrace rather than resist new technologies. However uncomfortable that may be.