Efforts to reduce the gender gap and encourage more women in Australian astronomy are being rewarded, write Virginia Kilborn and Sarah Brough. 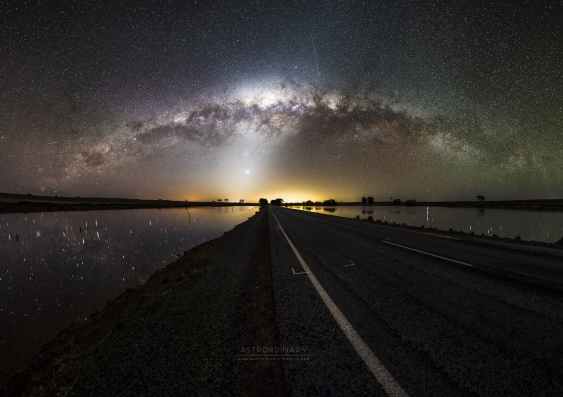 OPINION: The number of women at the most senior levels in the Australian astronomical community remains low despite many positive steps in supporting gender equity. Women make up only 17% of positions at full or associate professor level.

Astronomy is not alone in having a gender gap in its workforce. Despite decades of positive initiatives, the number of women working day-to-day in Science, Technology, Engineering, Mathematics and Medicine (STEMM) fields overall in Australia is low.

About 43% of the total STEMM workforce are women compared to men at 57%, based on 2014 figures. This gap widens at the most senior levels, with women making up only 21% of the senior professor positions.

Programs to improve the gender gap in astronomy have been recognised this week by the Astronomical Society of Australia (ASA). At its annual science meeting, this year in Canberra, it announced 12 recipients of its Pleiades awards.

The awards are aimed at encouraging astronomy departments to make a commitment to improving gender equity. We can see the rewarded programs are already having an impact.

Focus on recruitment, flexibility and mentors

Now in their third year, the first gold Pleiades award went to the ARC Centre for All-Sky Astrophysics (CAASTRO), a collaboration of several university astronomy teams. Four silver and seven bronze awards were given to other astronomy groups.

CAASTRO’s award recognises the group’s longstanding commitment, with initiatives such as changes to recruitment practices, increased workplace flexibility (such as advertising the opportunity for part-time work), mentoring and improved conference participation by female astronomers.

These policies have resulted in an increase in the number of female researchers from roughly 15% at the centre’s inception in 2011, to more than 40% this year.

Conference participation is at almost at parity in terms of the number of participants, speakers and session chairs. CAASTRO has also created a gender action toolkit, a resource that any department or institute can use.

Other efforts are also being made to address the gender gap in STEMM with Australian institutions gearing up for their first submissions to the Science in Australia Gender Equity (SAGE) pilot, due at the end of March, 2018.

The scheme is based on the UK’s Athena SWAN program on improving gender equity, established in 2005. Over the past 12 years the Athena SWAN program has led to positive transformations in workplace culture and women being more visible in key positions and senior roles in STEMM fields in the UK.

But unlike SAGE’s institution-wide approach, the Pleiades awards take a department-by-department approach.

As a direct result of the Pleiades awards program, every Australian astronomy department now has an equity and diversity committee to consider and monitor these matters and many have undertaken workplace culture surveys.

Despite this and other efforts to bridge the gender gap, there are still hurdles to be overcome such as hiring practices, unconscious bias and the amount of housework that women undertake in Australia (an issue raised by Annabel Crabb in her book The Wife Drought).

One pragmatic action is to advertise female-only positions which the University of Melbourne has now done for a senior position in astronomy.

The new ARC Centre of Excellence for All-Sky Astronomy in 3 Dimensions has gone one step further, and requires gender balance at all levels of the Centre, from students to the executive.

The gender balance issue is worse for women who are also in other minority groups due to race, sexuality, disability, religion and more.

While we have made some progress in gender equity in astronomy, we have now started to broaden the conversation beyond gender alone, to recognise intersectionality which describes how gender equity is impacted by also being members of other minority groups. The ultimate aim is an equitable workplace that allows all women to achieve their full potential.

Year by year we are learning more about how best to support women. With each round of the Pleiades awards we further develop the selection criteria to ensure departments keep improving their workplaces.

We also expect our astronomy departments to take on new initiatives to retain or progress in the Pleiades awards scheme.

The awards have shown the positive effect such a scheme can have in driving cultural change. As the SAGE pilot develops, we expect similar positive change in culture across the whole sector, beyond astronomy alone.