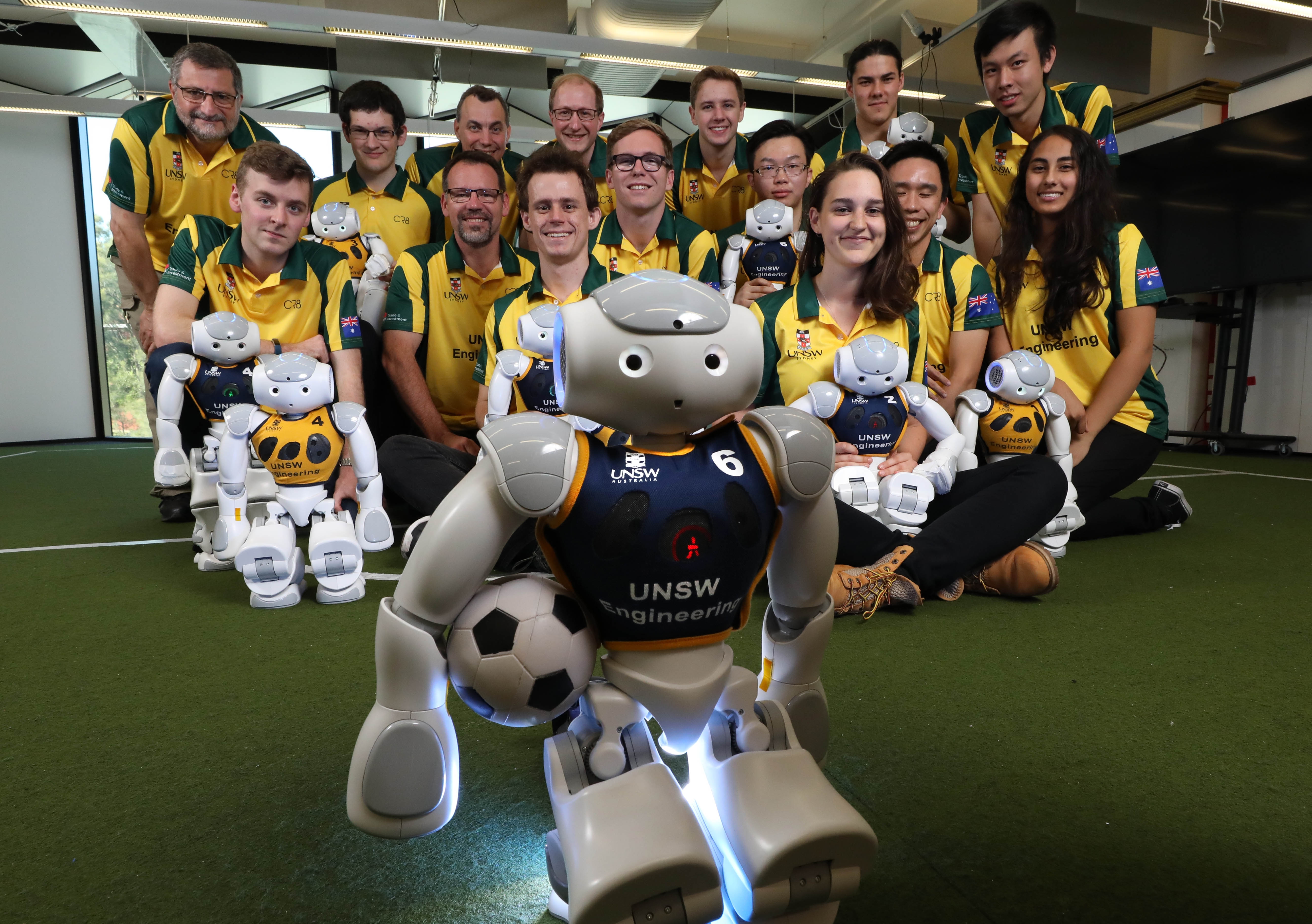 Australia’s five-time world champions of robot soccer, UNSW’s Runswift team, heads to Japan this weekend to try and recapture the international trophy for a record sixth time, facing off against powerful teams from Germany and the USA.

Once the undisputed overlords of RoboCup – taking two consecutive world victories in 2014 and 2015, but going down ignominiously at the 2016 tournament in Germany – the nine-person University of New South Wales team is convinced they have their mojo back and will be strong contenders.

“The Germans will be absolutely the ones to beat this year – they have five teams, one of whom – B-Human – are the only ones to equal our five world trophies,” said Claude Sammut, head of the Artificial Intelligence Research Group at the School of Computer Science and Engineering and a long-time mentor to the star team. “But the University of Texas at Austin was particularly impressive last year, and they could be another major obstacle for us this year.” 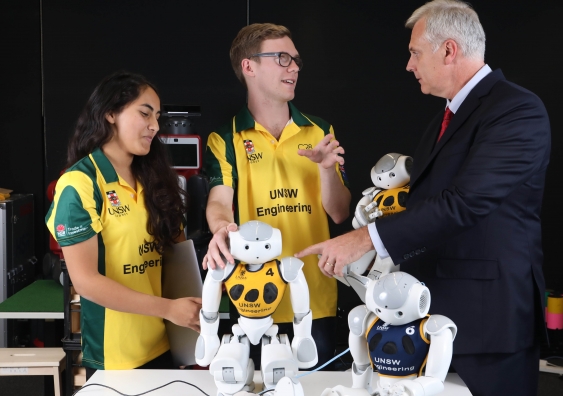 The 2017 RoboCup World Championships are being held at the Nagoya International Exhibition Hall in Japan from 27 to 30 July. There are 24 teams from 15 nations competing in the Standard Platform League, the premier category in which teams use common hardware: 58 cm-tall ‘Nao’ bipedal robots. This forces teams to rely entirely on writing the best software for movement, vision processing, decision-making and strategy in order to win.

“This year we’ve enhanced our ‘walk engine’, which was the key to wins in 2014 and 2015, and which other teams later copied,” said Runswift leader Hayden Smith, 24, a computer science honours student who graduated in June. “We’ve also overhauled our vision system, which is what let us down last year in Leipzig. Coupled with improvements in localisation and some other fancy behavioural coding, we hope to be a contender in Nagoya.”

Because there is no external control, by humans or other computers, the robots act autonomously, and have to rely entirely on the software in their on-board memories – developed over the previous year by their human engineers – to win a game.

Again this year, Germany’s B-Human – a six-robot team run by a collaboration between the University of Bremen and DFKI (German Research Centre for Artificial Intelligence) – will be the ones to beat. Like UNSW’s Runswift, B-Human have five world titles; a win by either team in Japan would crown them as the undisputed world champions.

Each year, RoboCup rules change, making the competition a little bit harder. And each year, winning teams have to share their champion software with all competitors, thereby accelerating the development of artificial intelligence toward the ultimate goal of the RoboCup Federation: to have fully autonomous robots  play the winners of the FIFA World Cup by 2050, complying with FIFA rules – and win a game.

“This is the ‘space race’ of robotics,” said Mark Hoffman, UNSW’s Dean of Engineering. “What we learn from robots playing soccer can be applied to industry and help us solve difficult, real-world problems.”

In 2016, the easy-to-see fluoro orange Mylec street hockey ball was replaced by black-and-white foam ball, more like a real soccer ball – but this proved to be a vision challenge that overwhelmed many of the robots, including  Runswift’s.

This year, the soccer ‘pitch’ – 10.4 metres long and 7.4 metres wide – has been upgraded from green carpet to 8mm artificial turf. Lighting conditions have also changed, from steady lamps to a combination of artificial and natural lighting from nearby windows. Also new this year is a penalty shootout challenge on the side of the main competition draw.

Teams in the Standard Platform League play for 20 minutes in total, broken up into two 10-minute halves and a 10-minute half-time break. While the robots battle it out, their human engineers watch the event live, constantly tracking performance and decision-making algorithms on their laptops. 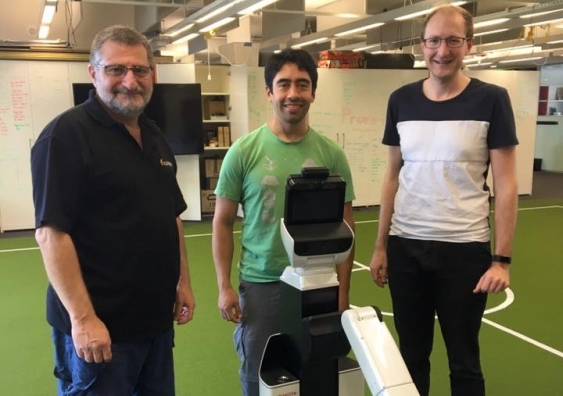 This year, for the first time, UNSW is also entering one of the other leagues: RoboCup@Home’s Domestic Standard Platform League, which aims to develop robots that can help with tasks around the home. Robots – in this case, Toyota Human Support Robots – have to pass a series of benchmark tests to evaluate a their ability and performance in a realistic, dynamic home environment, such as computer vision, object recognition, object manipulation and ambient intelligence.

Leader of the new team is Timothy Wiley, a research associate at both the School of Computer Science and Engineering and the Creative Robotics Lab at UNSW’s Faculty of Art and Design.

“Our team was only one of 10 universities in the world given Toyota Human Support Robots on loan in order to compete,” he said. “Every team uses the same robot, so the challenge is going to be to create the most responsive and adaptable software for a range of for domestic tasks. It’s hoped that this will help accelerate artificial intelligence applications for assisted living in aged care and hospitals.”

The UNSW Runswift team is:

The UNSW Robocup@Home team is: