Explainer: what exactly must companies disclose to investors?

Mark Humphery-Jenner examines ASX rules and other legislation requiring companies to disclose any information that could affect the price or value of shares. 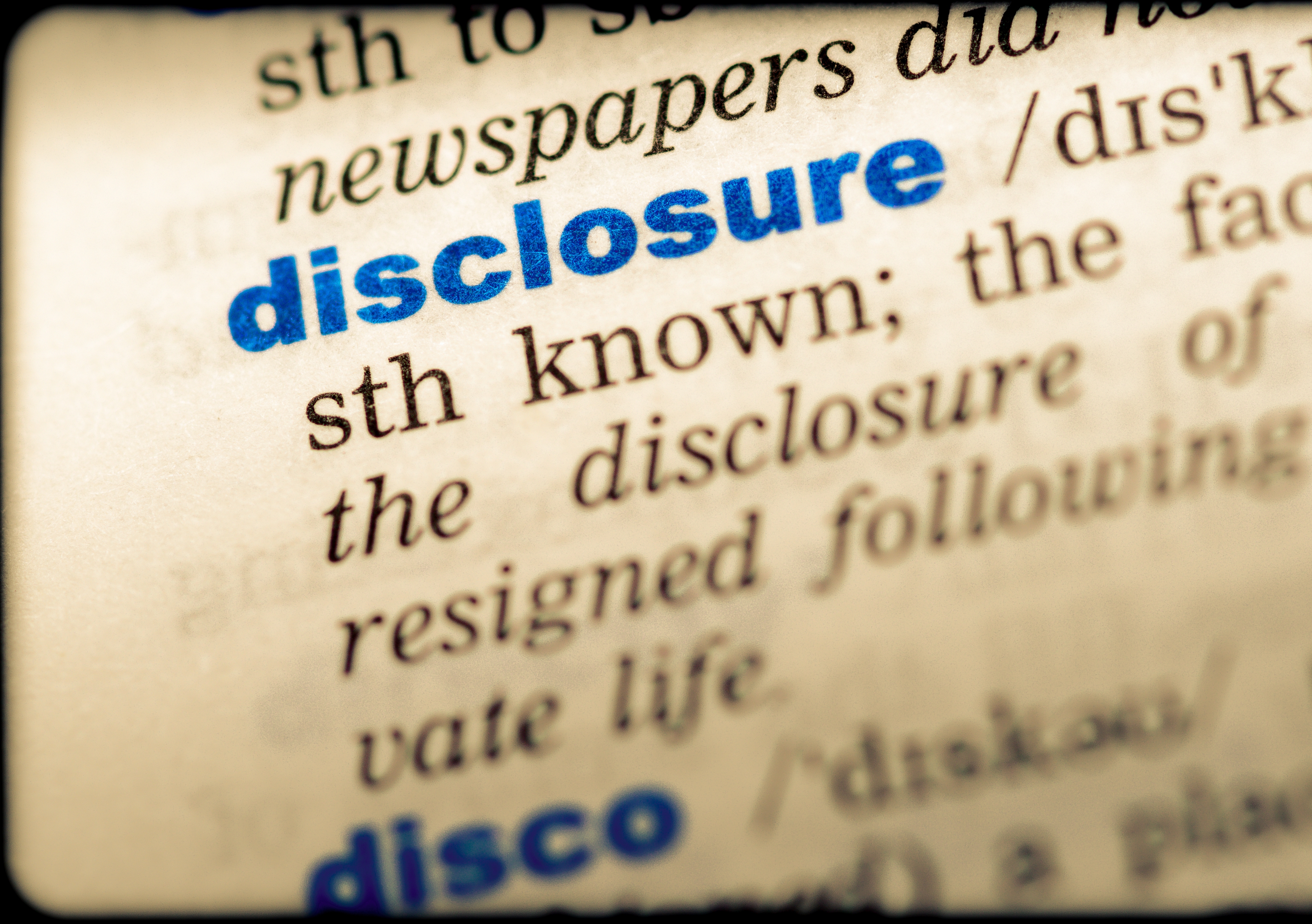 OPINION: The Commonwealth Bank of Australia is now facing the possibility of a class action lawsuit over allegations it failed to adequately disclose to investors that it may have breached Australian anti-money laundering rules, as far back as 2015.

This class action provides an opportunity for the courts to clarify companies’ precise disclosure obligations. Often, companies settle these cases before they get to court so there isn’t much precedent to go by.

But companies’ disclosure requirements are clearly set out in the ASX listing rules, the Corporations Act and the ASIC Act – public companies must immediately disclose any information that could affect the price or value of their shares.

Should the CBA case make it to court, it would be a significant step towards clarifying exactly what and when companies need to disclose to investors. But this is not the only current case relating to company disclosures. Newcrest Mining, Slater & Gordon, Bellamy’s, and Murray Goulburn are all currently facing class action litigation over their disclosure practices.

What are the disclosure obligations?

The listing rules of the Australian Stock Exchange state that companies must immediately inform the ASX if they become “aware of any information concerning it that a reasonable person would expect to have a material effect on the price or value of the entity’s securities”.

This covers any number of developments, from the impact of product market concerns, and major changes affecting the valuation of assets. US law indicates that it could also include exposure to possible liabilities. Companies must also lodge financial reports with the Australian Securities and Investments Commission.

Potential litigation or regulatory intervention, for example, should be disclosed. Research shows both litigation and regulatory actions generally affect share prices and raise the risk of financial penalties. Even if the company wins the case, it must still spend significant sums on lawyers. This makes the firm’s future cash flows more risky and can affect how much investors are willing to pay for the firm’s shares. Under similar laws in the US, failing to disclose such litigation risk has precipitated class actions.

These disclosure obligations are enshrined in law and are part of a company’s contract with the ASX. As long as the company remains listed on the ASX, it effectively makes a statement that it is complying with that contract.

On top of all this, disclosures have to be accurate. Australian law specifically prohibits companies from “mak[ing] a statement, or disseminat[ing] information” that is false or misleading, is likely to affect the price of a financial product, and that should reasonably have been known to be false.

What if companies fail to disclose?

Shareholders can recover loss or damage if they can show that the misleading statement affected stock prices. In basic terms, this involves showing that the price declined when traders became aware that the information was false.

For example, US technology company Fitbit was sued because of alleged misstatements that led to a share price decline. The litigants explicitly noted the fall in share price in arguing that the alleged false statements caused loss or damage and that the company traded at an inflated price.

Shareholders can recover damages from the company, or any other “person involved in the contravention” of the Corporations Act. This can include company directors, in some cases. In practice, litigation insurers often pay the damages.

But class actions also have wider implications. On top of damaging a firm’s reputation, class actions can hurt executives' career prospects and make it harder for companies to access credit.

Failing to meet disclosure obligations can also mean directors aren’t fulfilling their duties of care. These require directors to act “with the degree of care and diligence that a reasonable person would exercise”, and violations of this duty can lead to lawsuits and regulatory intervention by ASIC.

Companies can make a relevantly false statement in two ways. They can disclose incorrect or misleading information. Alternatively, they can fail to disclose material information.

Remaining silent is impractical as companies must release some information – such as financial reports – to satisfy their obligations. Omitting negative information from these disclosures renders the disclosure “misleading” and likely to at least stabilise the firm’s share price.

In the related field of consumer protection, on which these provisions are loosely based, omitting information that would have changed the person’s mind is also prohibited.

Mark Humphery-Jenner is Associate Professor of Finance at UNSW