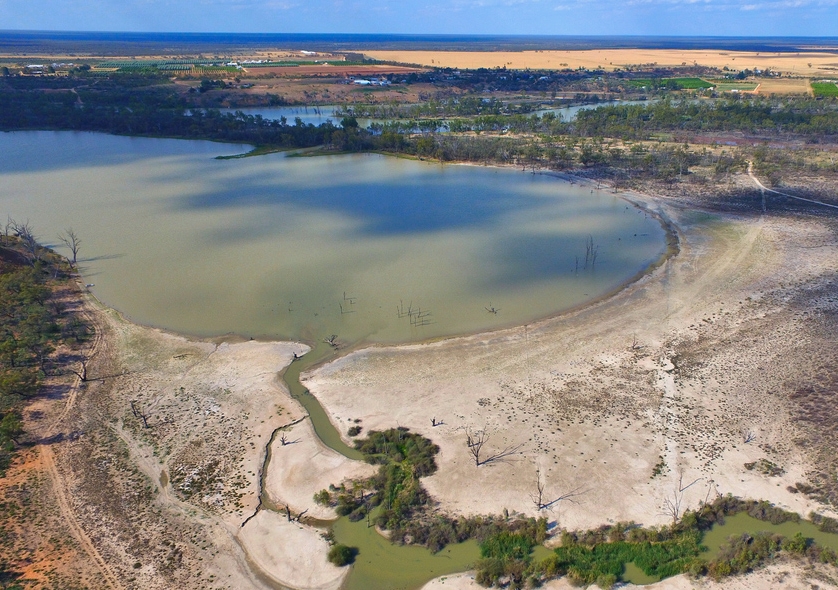 OPINION: An independent report into allegations of water theft and corruption in the Murray-Darling Basin has recommended fundamental reforms to the system.

Solutions suggested in the report focus on the state of New South Wales, and involve metered pumps and public access to information. Others have proposed a space-based solution: wide application of “random audits” of water meters by an independent monitoring system: satellites.

But what if we went further. Forget the random audits – why not use satellites to monitor everywhere in the Murray-Darling Basin, all the time?

It’s another argument supporting Australia’s need of a space agency.

Among the many arguments in favour of Australia having its own space agency, the use of satellites to collect local data to solve local problems is a vital one.

Under the Australian Space Research Program (the ASRP, which ended in 2013), my colleagues and I developed a design for a pair of Synthetic Aperture Radar satellites that would map soil moisture for all of Australia, every three days, to a resolution of 10 metres. We called it “Garada”. This system could readily detect overuse of water of the type noted in the Murray Ddarling Basin, as it was occurring.

Our report was delivered to the Space Policy Unit (which later became the Space Coordination Office), and then the idea stopped dead. There was no mechanism within the public sphere to advance the project: it fell into the hole where a space agency should have been.

The Garada satellites are big and expensive, not exactly the low-cost, “Space 2.0”-focused solutions where most of Australia’s opportunities lie (such as small satellites and startup companies).

However, when we did the study, we showed how the satellite system could be viable if it was considered to be infrastructure. We showed that despite a hefty price tag of $A800 million, the satellite would pay for itself if:

In a practical sense, the space agency, which needn’t have a big budget itself, wouldn’t have to pay for such a satellite; it just needs a seat at the infrastructure table and compare benefit-to-cost ratios with other projects such as roads and railways. In my opinion, one part of the agency’s role, should it exist, is to make sure infrastructure such as this is considered.

Another important thing to acknowledge here is that both the problem and solution here are federal, with multiple states as stakeholders. An agency that functions to solve problems of this type is not consistent with the sort of “go it alone” approach recently put forward by the ACT and South Australia.

Even without a space agency, recent years have started to see satellites used to solve Australia-specific problems. The NBN “Skymuster” satellites deliver broadband to remote areas where fibre and wireless solutions were impractical. But they were 100% imported – not an Australian solution.

Start-up Fleet in Adelaide has recently received first-round funding to deliver internet of things services to remote areas from a constellation of cubesats. This may have been achieved against the odds without a local ecosystem, but the company’s official stance is “Australia can no longer afford not to have a space agency”. A number of other start-ups are also starting to gain traction.

Australian universities have been successful in launching and operating cubesats in the QB50 constellation, such as our own UNSW-EC0. These are the first Australian-built satellites to be launched in 15 years. My own group has also delivered GPS receivers as payloads on Defence missions Biarri and Buccaneer.

Australia not at the space table

The world’s largest space conference, the International Astronautical Congress is to be held in Adelaide, September 25-29 2017.

When members of the global space community - NASA, the European Space Agency, the Chinese National Space Agency, the UK Space Agency, and others – meet at the congress to make decisions on missions, strategy, collaborations and other global directions in space, Australia will not be at the table, because we do not have a space agency.

The more general commercial and scientific implications related to this have been well outlined. What I have tried to highlight here is simply one example of a possible great many: there are local, practical implications linked to failed advancement of an infrastructure project that relies on expertise in space.

Submissions to the Federal Government’s Review of Australia’s Space Industry Capabilityclosed in August, with many in the industry hoping that its report in March 2018 will recommend an Australian space agency.

The benefits can be broader than most Australians realise - we need to imagine better.

This is the first article in the series Australia’s place in space, where The Conversation will explore the strengths and weaknesses, along with the past, present and the future of Australia’s space presence and activities.

This article was originally published by The Conversation. Read the original article.