Andrew Lynch writes the release of much-awaited papers from the parliamentary archives will lead to new appraisals of Lionel Murphy's life and work – including his alleged "misbehaviour". 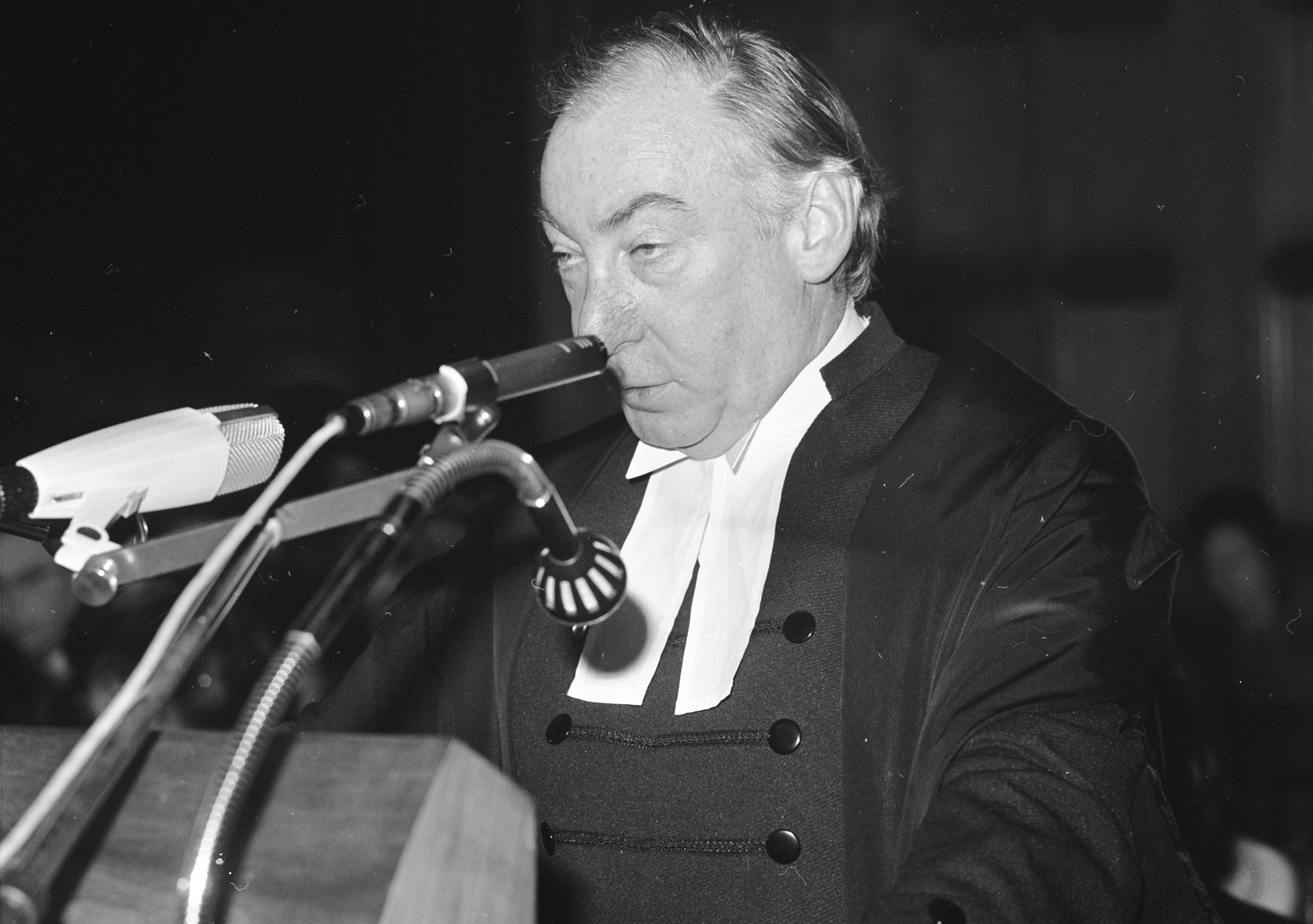 OPINION: Today sees the release of thousands of pages from the parliamentary archives concerning allegations of improper conduct made against High Court judge Lionel Murphy. They shed alarming new light on an affair that gripped the political and legal class in Australia in the mid-1980s.

Murphy’s legacy is a significant yet undeniably complex one. As Labor leader in the Senate, he substantially contributed to the development of the committee system through which it now functions as a house of review. As attorney-general in the reformist Whitlam government, he introduced iconic legislative reforms in family law, trade practices and racial discrimination.

Finally, as High Court justice from 1975, he provided a unique counterpoint to established modes of legal thinking and judgement writing.

Yet Murphy’s career, and indeed his life, ended in public scandal. He is one of only a few Australian judges – and the only High Court justice – ever to have been the subject of parliamentary investigation for possible removal for “misbehaviour”.

As a protection of the judiciary’s independence from political interference, judges enjoy great security of tenure. Under Section 72 of the Constitution, a member of the federal judiciary may only be removed on the grounds of “proved misbehaviour or incapacity”.

Just what “proved misbehaviour” means and whether Murphy’s conduct satisfied this expression were the questions that produced a torturous process of investigation and legal proceedings, taking its toll on Murphy and his family from early 1984 until his death almost three years later.

The affair had its start in the reporting of the so-called “Age tapes”. This was a news story about telephone conversations, secretly recorded and destroyed after transcription by the New South Wales police, between a judge and a solicitor. The material in those reports suggested an array of improper conduct, possibly criminal associations, were discussed between the two. Murphy was identified under parliamentary privilege as the judge involved.

Although the reports of the Age tapes were ultimately discredited, they were the catalyst for what became a rolling series of allegations. These included that Murphy had attempted to pervert the course of justice by seeking to influence judicial officers before whom his friend solicitor Morgan Ryan, infamously described as “my little mate”, was appearing on charges of forgery and conspiracy.

In 1984, Murphy was the subject of two separate Senate committee inquiries. He was cleared of any wrongdoing by the first, but the second decided that he had a case to answer – prompting Murphy not to resign, but to take leave from the High Court.

Before parliament could determine what steps it might take in respect of Murphy’s position, charges were laid by the Commonwealth Director of Public Prosecutions. In July 1985, Murphy, still a judge, was acquitted on one charge of attempting to pervert the course of justice but found guilty of another, for which he was sentenced to 18 months’ jail. Murphy’s conviction was overturned on appeal, and at a retrial he was acquitted of this charge.

Over this time Murphy was on leave from the High Court, resisting what must have been intense pressure on him to resign. Reports differ, even now, about the extent to which Chief Justice Harry Gibbs signalled to Murphy and the government his willingness to see Murphy return to active duties.

That consideration plus the refusal of the controversy to die down after Murphy’s acquittal led then Prime Minister Bob Hawke to initiate yet another investigation – a special Parliamentary Commission of Inquiry with three retired judges as commissioners. It is the material gathered by this body, which was established with an almost unlimited brief to inquire into Murphy’s affairs, that has now been released by the parliamentary archives.

The tranche of papers made available today are the “Class A” records, which had been held back due to the need to redact personal information and other sensitive material.

The records bring vividly to life the controversy that by mid-1986 swirled ceaselessly around Murphy. There are 41 separate files of allegations against the judge, as well as a general file of “accusations and letters of support”.

Some tread familiar ground about Murphy’s alleged intercession on Ryan’s behalf, but raise new aspects to the claims of illegal or improper conduct, including attempted bribery of Commonwealth officers or urging them to breach duties of non-disclosure. There is also the allegation that Murphy attempted to have a senior police officer act as an informant for the ALP on matters within and about the Australian Federal Police.

But a range of other claims were put to the commission, often ones that were reheated from years earlier and were already known to be baseless. These included allegations of tax avoidance, improper use of travel entitlements that Murphy accessed through his wife’s work as a travel consultant with Ethiopian Airlines, the provenance of a diamond owned by Mrs Murphy, and, an all-too predictable conspiracy theory given the times - that the judge was a Soviet spy and a member of a espionage ring operating in Canberra.

These and other outlandish allegations were swiftly set aside by the commissioners.

The archival material captures just how untenable it was that Murphy might hold on to judicial office. But the commission’s work was never finished. After announcing he was dying of terminal cancer, Murphy returned to sit on the bench of the High Court in August 1986. His last judgments were delivered an hour before his death on October 21 that year.

The release of the final records of the last, aborted investigation into Murphy will reopen old debates and inevitably lead to fresh appraisals of his life and career.

Professor Andrew Lynch is a Senior Lecturer in public law and Head of School at UNSW.