Why the High Court could kill the postal vote

The government may be hoping that the momentum built towards the same-sex marriage postal vote will dissuade the High Court from striking it down, but George Williams says this may be a poor bet. 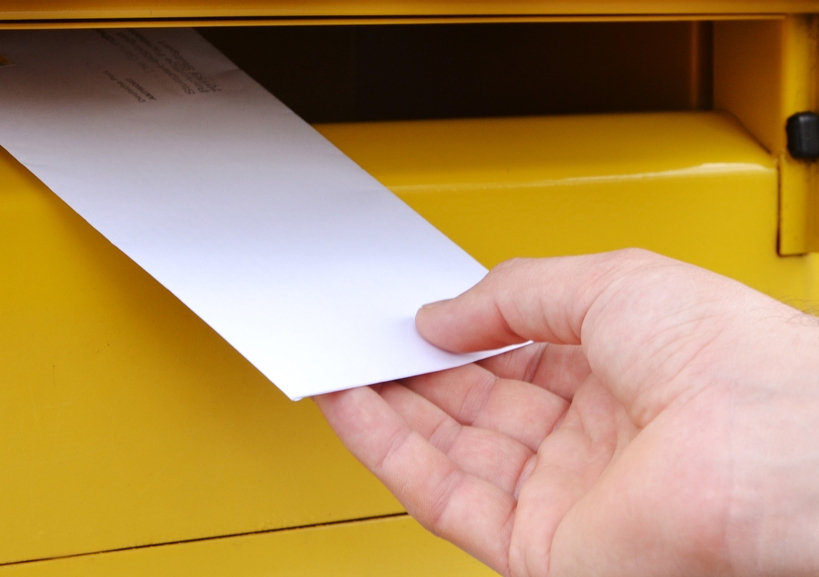 OPINION: Australians are primed to vote on whether to recognise same-sex marriage. Survey forms will be sent to 16 million people from next week, and campaigning has begun in earnest. Despite this, the High Court may bring the postal survey to an immediate halt. This would be a first, with no other national poll stopped in its tracks in this way. But then again, no past government has sought to hold a national vote in such legally dubious circumstances.

The High Court is doing everything it can to resolve the matter as quickly as possible. It will hear argument today and tomorrow in unfamiliar surroundings. The discovery of asbestos in its building in Canberra means that the case will be heard in a cramped and makeshift Melbourne courtroom. The court will likely announce the result this week given the urgency of the situation.

It is surprising that matters have come to this. The normal path of making law about marriage is a simple vote of Parliament. Instead, conservatives have promoted a more radical option that clashes with Australia's traditions of parliamentary democracy. The non-binding, non-compulsory process run by the Australian Bureau of Statistics is unique in Australian history.

The vote is also constitutionally adventurous because it has twice been rejected by Parliament. This leaves the government open to the attack that it lacks the legal authority to conduct the survey. Nothing in the submissions put by the Commonwealth to the High Court alters my view that the survey will more likely than not be struck down.

Over recent decisions the High Court has found that the federal government generally requires parliamentary approval to spend taxpayers' money. The court applied this reasoning to strike down the hundreds of millions of dollars being spent on the National Schools Chaplaincy Program. The challengers are arguing that the postal survey should be terminated on the same basis.

The government's first response is that the High Court should not be hearing the case at all. It says that none of the challengers possess the right to bring the action, and so that it should be struck out. The government is not likely to succeed with this argument. Important principles are at stake about whether the Commonwealth has authority to spend public money. These issues are of interest to the challengers, which include Australian Marriage Equality and two parliamentarians.

If these arguments are accepted, they will have major implications for Australian democracy. Governments would be free to spend taxpayers' money according to their own political priorities in areas never intended by Parliament.

The government is also arguing that Parliament has given approval for spending money on the postal survey. It is pointing to budget legislation enacted earlier this year that permits the making of an advance where the Finance Minister "is satisfied that there is an urgent need for expenditure" and "the expenditure was unforeseen".

If these arguments are accepted, they will have major implications for Australian democracy. Governments would be free to spend taxpayers' money according to their own political priorities in areas never intended by Parliament. This would undermine recent decisions of the court by providing a backdoor means of avoiding explicit parliamentary authorisation of government expenditure.

The postal vote is also being attacked on the ground that it falls outside the powers of the Australian Bureau of Statistics. The law says that a minister may direct the bureau to collect "statistical information". In this case, the government says it wants such information on the proportion of electors in favour of, or against, same-sex marriage. This again is an awkward fit. A national vote by way of a plebiscite has somehow been transformed into a statistical survey.

The government is gambling that the High Court will accept its arguments, and that the postal survey can proceed. It may be hoping that the momentum built towards the vote will dissuade the court from striking it down. This though may be a poor bet. The High Court has a long record of frustrating governments that seek to operate outside the law.

If the High Court finds against the survey, political pressure will return to permit a conscience vote on same-sex marriage. This will come at a very inconvenient time, with the composition of Parliament itself uncertain. The High Court is still to rule on whether several members are disqualified on dual citizenship and other grounds. Their fates will not be known until October at the earliest. This makes it hard to see how the government could resolve the mess.