A major study of dingo DNA has revealed the animals most likely migrated to Australia in two separate waves – a find with significant implications for their conservation. 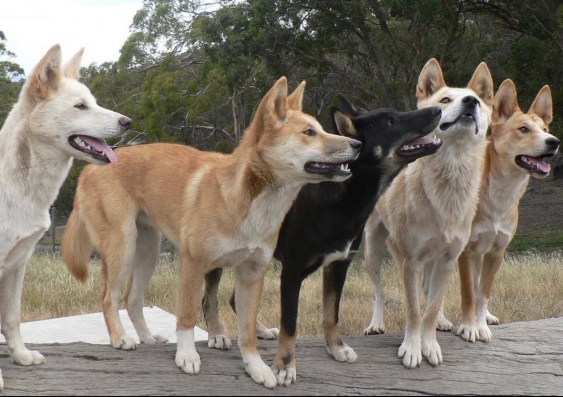 A major study of dingo DNA has revealed dingoes most likely migrated to Australia in two separate waves via a former land bridge with Papua New Guinea.

The find has significant implications for conservation, with researchers recommending the two genetically distinct populations of dingoes – in the south-east and north-west of the country – be treated as different groups for management and conservation purposes.

Dr Cairns says there is also an urgent need to prevent further inter-breeding between domestic dogs and the south-eastern population of dingoes, which is threatened by genetic dilution, habitat loss and lethal control measures such as baiting and the recently reintroduced wild dog bounty in Victoria.

“Effective containment or neutering of male dogs in rural areas may help achieve this reduction in inter-breeding,” says Dr Cairns, of the School of Biological, Earth and Environmental Sciences.

The study, by scientists from UNSW and the University of California, is published in the journal Ecology and Evolution.

It is the first broad study of the evolutionary history of dingoes around Australia using both mitochondrial and Y-chromosome genetic markers.

The researchers sampled 127 dingoes across Australia as well as five New Guinea Singing Dogs from a North American captive population. A dataset of Y chromosome and mitochondrial control region data from 173 male dogs, including 94 dingoes, was also used.

Only genetically pure dingoes were included in the study.

The north-western population is found in Western Australia, the Northern Territory, northern parts of South Australia, and central and northern Queensland.

The south-eastern population is found in New South Wales, the Australian Capital Territory, Victoria and southern parts of Queensland (including Fraser Island).

The researchers believe the two groups may have migrated separately from Papua New Guinea over the now-flooded land bridge as long as 8000 to 10,000 years ago.

Particularly in south-eastern states, they recommend a broad survey of dingoes in national parks and state forests be carried out to focus conservation efforts in key areas, and also that state and federal legislation allowing fatal control measures be reviewed.