Scientists around the globe are in a race to create, select, discover and cultivate heat-tolerant corals that will withstand the next 50 years of warming oceans, writes Emma Johnston. 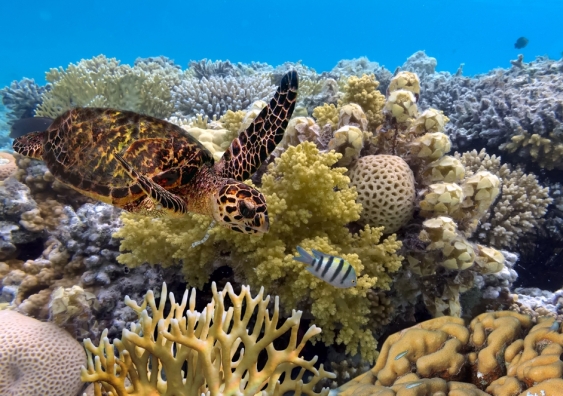 OPINION: In just the past two years, up to half the coral on the Great Barrier Reef has died. The world has reacted differentially to this disaster. Publics have been shocked. Conservationists have cried. The tourism industry has fractured. Some opportunistic politicians have denied. And scientists, what have we done? We've become angry.

Scientists have known this was going to happen for years. I have been teaching climate change and coral bleaching as part of core curriculum since I first began as a young academic in 2001. We have been watching the world in disbelief; watching the world careen down a collision course with its own climate.

Somehow, we thought that common sense would prevail – that politicians and businesses and people would change course before it was too late. And then, suddenly, it was too late for half of the corals on the world's largest contiguous reef system – our national natural treasure.

The only good news is that when scientists get angry, we get active. In response to two consecutive years of mass coral mortality, some scientists have ramped up the pressure on decision makers, demanding they rapidly adopt evidence-based policies on energy.

It is the biological solutions that are fascinating me right now. Can we save a reef?

As a professor of marine ecology and the newest member of the board of the Great Barrier Reef Marine Park Authority, I believe this question is paramount. We know the increasing temperature of ocean waters are threatening reefs around the world. We know that when ocean temperatures are too warm, for too long, coral animals eject their symbionts. That is, they throw the microscopic algae that live within them out into the sea.
That means they lose their colour, they bleach. But more importantly, they lose their major source of food. If the waters do not quickly cool, the ghostly white corals starve to death. 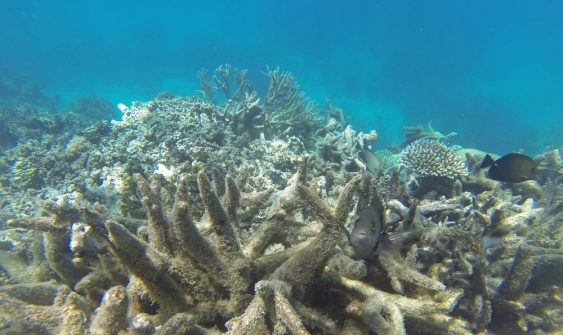 Professor Ove Hoegh-Guldberg, of the University of Queensland, was one of the first to study this process of bleaching and to warn us of the impending global ecosystem collapse.

Almost 30 years later, and a paradigm shift in conservation biology is almost complete. From "lock it up and let it live", the pace of climate change has forced us to consider a more interventionist approach. We're not quite at "whatever it takes", but our science and the approach to conservation is changing as fast as the world around us. Chair of the marine park authority Dr Russell Reichelt​ says: "Everything is on the table. Leave no stone unturned."

So, scientists are busy in laboratories and reef sites all over the globe in a race to create, select, discover, and cultivate heat-tolerant corals that will withstand the next 50 years of warming oceans – before humanity must, inevitably, achieve net negative carbon emissions, or move to another more habitable planet.

Professor Ruth Gates, director of the Hawaii Institute of Marine Biology, is selecting the toughest corals and "pre-conditioning" others, preparing them for the heat bath.

Professor Madeleine van Oppen​, of the University of Melbourne and the Australian Institute of Marine Science, is creating hybrids and culturing multiple generations of their microscopic algae under heat-stress conditions. Her heat-tolerant symbionts can be taken up by bleached corals – but they've not yet prevented bleaching.

Other researchers are refining the cryopreservation process (snap-freezing) to produce algal seed banks. If they can get this working, one option might be to fly aeroplanes across the more than 2000 kilometres of the Great Barrier Reef spraying heat-tolerant symbionts across the bleached reefs – aerial first-aid for corals.

Professor Terry Hughes, director of the Centre of Excellence for Coral Reef Studies and one of our foremost researchers of reef diversity, is focused more on reducing carbon emissions and building reef resilience through consideration of social, as well as environmental factors. It may well be that we can't beat rapid natural selection – already under way in vast numbers of surviving corals – in response to this very unnatural disaster.

It is true that reefs have moved and changed with climate in the past, but such changes occurred over tens of thousands of years, not hundreds. It remains to be seen how many of the coral species and strains can survive, reproduce and disperse with sufficient potential for heritable selection to heat stress.

Finally, not all scientists are convinced of the safety of "assisting evolution" – releasing selectively bred or genetically modified corals or algae on the reef. Memories of previous biological interventions gone wrong still scar our consciousness.

To keep ahead of the science, the Great Barrier Reef Marine Park Authority is developing a policy for permitting such interventions – one that enables experimental trials on the reef under strict conditions.

Suffice to say, angry scientists are not standing still. We are exploring every possibility. For the burden of knowing the reef – and understanding what lies ahead – is eased by every effort we make to sustain our living treasures.

Professor Emma Johnston is Dean of Science at UNSW Sydney and host of Can We Save the Reef? airing on Catalyst, Tuesday, October 3, on ABC & ABC iview.