With a seat on the UN Human Rights Council, Australia must fix its record on Indigenous rights 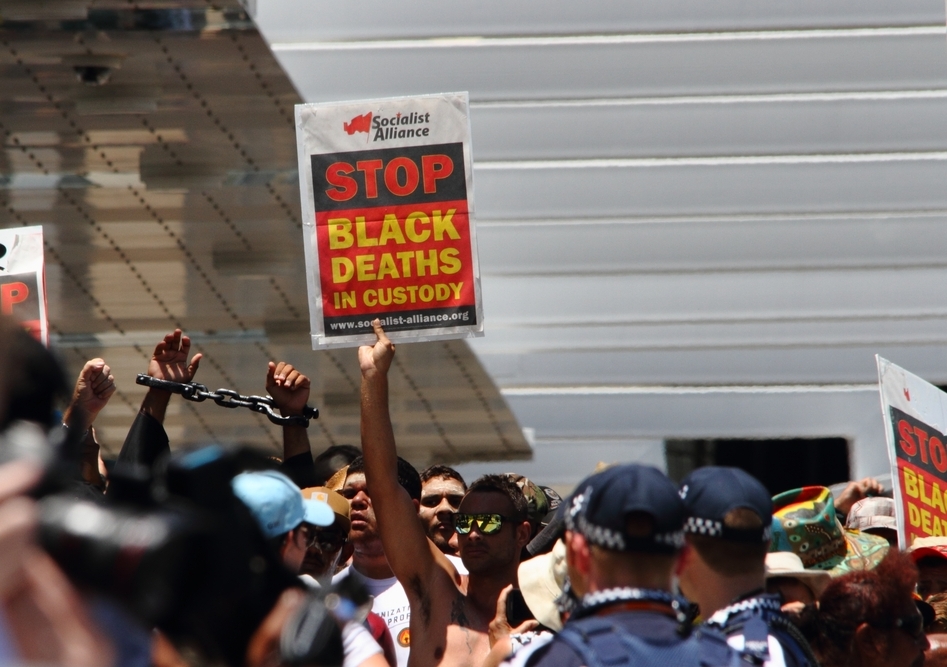 It was a big week for Australia at the United Nations last week. It won a seat on the leading international human rights body, the UN Human Rights Council, for a three-year term.

One would assume the Human Rights Council seat means Australia will lead on issues of human rights domestically, including in the area of Indigenous rights (one of the five pillars of Australia’s bid) and self-determination.

Violence against women in Indigenous communities

To its credit, the Australian government delegation was open and frank in its dialogue with the committee.

The delegation acknowledged key areas in which the country needs to improve.

One of the pressing issues affecting Indigenous communities is family violence. Indigenous women are 45 times more likely to experience violence than non-Indigenous women. The severity of the violence is also greater, with higher rates of hospitalisation.

The government delegation acknowledged that the rate of violence against Indigenous women was “appalling”. It referred to “A$25 million for Indigenous-specific measures” and a “trauma-informed approach for children affected by violence”.

This is just one measure the government is adopting to deal with violence against Indigenous women.

The NGO coalition, led by Kingsford Legal Centre and the Human Rights Law Centre, agreed with the government delegation that an area for hope was the recent appointment of June Oscar as the Aboriginal and Torres Strait Islander Social Justice Commissioner at the Human Rights Commission. Oscar has been at the forefront of effective, Aboriginal-led initiatives to deal with family violence in Fitzroy Crossing.

Indeed, the NGO coalition called for the government to include Indigenous women in the monitoring and evaluation of the National Plan to Reduce Violence Against Women and Their Children.

It also called on it to fund Indigenous community-controlled services with expertise in working with victims/survivors of family violence.

An area in which Australia continues to breach international human rights standards is Indigenous incarceration rates. The national imprisonment rate for Indigenous adults is 13 times higher than that for non-Indigenous adults. While Indigenous people are only 2% of the population, they account for 27% of the prison population.

Mandatory sentencing and imprisonment for fine default, as canvassed by the current Australian Law Reform Commission inquiry, are key contributors to these statistics.

The UN Human Rights Committee repeatedly noted its concern about Indigenous incarceration rates and focused on policing of Indigenous communities.

A committee member raised the case of Ms Dhu, who died in custody in Western Australia after being arrested for defaulting on fines. He asked why the laws providing for imprisonment for fine default had not yet been “scrapped”.

The committee also raised the recent case of an Aboriginal woman who called WA police for help in a domestic violence situation. She was taken into custody for a fine default, leaving her five children without support.

The Australian government was asked how this represented a “trauma-informed” approach to dealing with family violence.

One of the key areas of interest for the NGO delegation and the committee was the response to entrenched disadvantage through effective policy. This connected closely with the identification of constitutional reform as advocated by Indigenous delegates at the regional dialogue process that produced the Uluru Statement.

The NGO delegation highlighted the need for Aboriginal-led policy design as articulated in the Redfern Statement and by numerous movements agitating for Indigenous rights since colonisation.

In fairness to the Australian delegation, it certainly recognised the need for Indigenous-designed policy and implementation.

This flies in the face of the government’s actions in cutting funding to Indigenous-controlled organisations, including the National Congress of Australia’s First Peoples.

In 2014, funding for Aboriginal services was substantially cut from $2.4 billion to $860 million under the Indigenous Advancement Strategy. And 55% of grants were allocated to non-Indigenous bodies, effectively mainstreaming services.

One of the challenges of human rights treaty reviews is to ensure that the government implements the recommendations that the committee makes.

Australia has a terrible record in this area, being called out for “chronic non-compliance” by the committee.

Hopefully, the seat on the Human Rights Council will encourage the government to heed the words of the UN Human Rights Committee and ensure real progress on Indigenous rights.