Franchise laws 'are still too lax'

The need for a public franchise database and better protection for franchisees under the Corporations Act has never been more apparent, Jenny Buchan noted in her 2017 Professorial Inaugural Lecture. 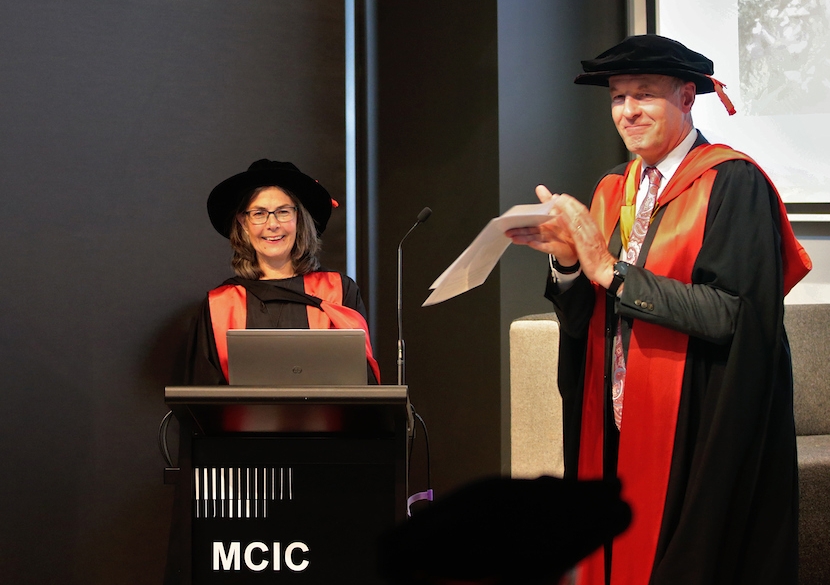 Professor Buchan, from the UNSW School of Business, says that despite changes in September to the Fair Work Act, tougher fines for franchisors will not increase the transparency needed in the sector following systemic wage fraud investigations into franchises such as 7-Eleven and Domino’s Pizza.

Her research into regulating franchise networks was the topic of Professor Buchan’s lecture ‘The Enduring Fascination and Fantasy of Franchising’ on Friday at the Michael Crouch Innovation Centre, the third lecture by a new professor in the 2017 UNSW Professorial Inaugural Lectures.

Ten newly promoted and recruited professors will take part in this month’s lectures to mark their achievement, extend topics being taught in courses and showcase their specialist knowledge to colleagues, students, alumni, family and the public.

Professor Buchan’s address, which was part of the UNSW Business School Showcase, highlighted the lack of accountability and transparency of franchisors in Australia and the changes to the Corporations Act needed to give franchisees clear rights and protection if the franchisor becomes insolvent.

"One real problem is that there is no public registry of franchises in Australia. In three American states – California, Wisconsin and Minnesota – any member of the public can search a database that gives a swag of information so you can see who the franchisees are, which ones have been sold and which have been closed," Professor Buchan says.

Ideally, the database would be administered by the consumer protection watchdog and would involve franchisors submitting copies of their disclosure document and agreements, she says. Weaknesses in the franchise model become obvious if the franchisor becomes insolvent and the absence of corporate governance means the usual checks on director’s powers are non-existent.

Her research into why franchisees cannot protect themselves when their franchisor fails was the topic of her PhD in 2010.

"The franchisor’s job is to set up a great system, find a niche in the market, exploit it successfully and sell franchises. That’s how it works. When it works well, it’s great. But research shows about 30% of franchise businesses start franchising within the first 12 months of doing business. So often the story starts wrong."

Last year Professor Buchan conducted research into how franchisees are unrealistically optimistic about risks of the franchisor damaging their business, even after those risks have been disclosed to them.

To find out more about the 2017 Professorial Inaugural Lectures visit UNSW Events.