Soil health is vital for global security and prosperity

Soil health and productivity is declining at unprecedented rates, but a new international scientific approach has been developed for avoiding, reducing and reversing land degradation. 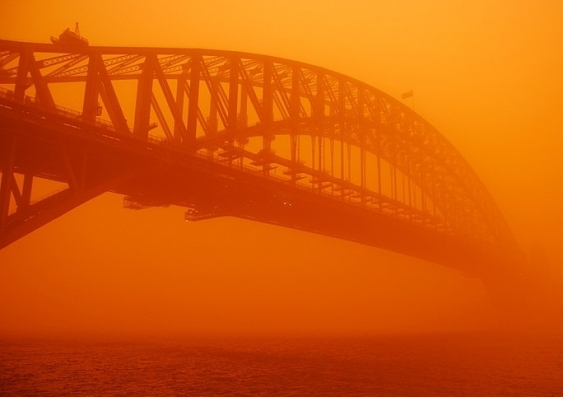 OPINION: Soil health and productivity is declining worldwide at unprecedented rates. We are killing the goose that lays the golden egg: nearly 33% of the world’s arable land – our food basket – has been lost to erosion or pollution in the last 40 years.

Soil is a basic resource underpinning food production and functioning of all terrestrial ecosystems. Managed carefully, soils are a reusable resource, but in a scale of human lifetimes they cannot be considered as a renewable resource.

Mismanagement of forest, farms, and rangelands in developing and developed countries causes widespread land degradation by erosion that removes the fertile topsoil, and practices that cause soil acidification or salinisation.

A changing climate is exacerbating land degradation processes. Extreme climatic events like the ‘Sydney’s red dawn’ of September 2009 saw an estimated 2.5 million tonnes of sediment lost off the Australian coast in a 3,000-kilometre-long dust plume, making it the largest loss of soil from the Australian continent ever reported.

Creeping desertification in China is swallowing thousands of square kilometres of productive soil every year, and millions of hectares of productive land are disappearing annually in regions like Sub-Saharan Africa, where 80% of its economy is based on subsistence farming.

As societies around the world assess the damage already done to their soil resources, the job of land rehabilitation and restoration is becoming serious business. The UN Convention to Combat Desertification (UNCCD) Executive Secretary, Monique Barbut, puts it simply: “The health and productivity of the ground that we stand on will influence the future prosperity and security of humankind.”

While protecting soil quality must be the first priority, it is necessary to restore or rehabilitate land that has already been degraded, in order to avoid net loss of land resources.

Land Degradation Neutrality (LDN) is a new paradigm in environmental politics for avoiding, reducing and reversing land degradation in an integrated way, to attain the Rio+20 aspiration for a land degradation-neutral world.

To date, 110 countries – over half of all signatories to the UNCCD – have embarked on the process of establishing national targets on LDN.

The Scientific Conceptual Framework for LDN has been developed to provide a scientific approach to planning, implementing and monitoring LDN. The Science-Policy Interface of the UNCCD led the development of the conceptual framework, drawing in expertise from a diverse range of disciplines.

The framework focuses on the supporting processes required to deliver LDN, including biophysical and socio-economic aspects, and their interactions. Neutrality implies no net loss of the land-based natural capital relative to a reference state, or baseline.

Planning for neutrality involves projecting the likely cumulative impacts of land use and land management decisions, then counterbalancing anticipated losses with measures to achieve equivalent gains.

Actions to achieve LDN include sustainable land management practices that avoid or reduce degradation, coupled with efforts to reverse degradation through restoration or rehabilitation of degraded land.

The response hierarchy of Avoid > Reduce > Reverse land degradation articulates the priorities in planning LDN interventions. Crucially, the framework places the investment in the restoration or rehabilitation of degraded land on par with the use of natural resources for development.

It creates a pathway to seamlessly integrate in land-restoration the actions to mitigate and adapt to climate change and to promote biodiversity.

The UNCCD Executive Secretary summarizes the significance of LDN in the context of sustainable development…. “[it] is particularly important because it is a very pragmatic and practical way to manage the trade-offs associated with land use. It is about conservation to a certain extent.

“But it is also about the management, production and consumption choices each of us makes. And it includes an important element of rehabilitation. Bringing back once productive resources. There are literally hundreds of millions of hectares of potential in this regard.”

Graciela Metternicht is a Professor in the UNSW School of Biological, Earth and Environmental Sciences.

Annette Cowie is an Adjunct Professor in the School of Environmental and Rural Science at the University of New England.

This opinion piece was first published by the International Institute for Sustainable Development.