The Bragg UNSW Press Prize for Science Writing has been awarded to Dr Alice Gorman for her essay on the ancient and modern story of Woomera and the Nullabor Plain. 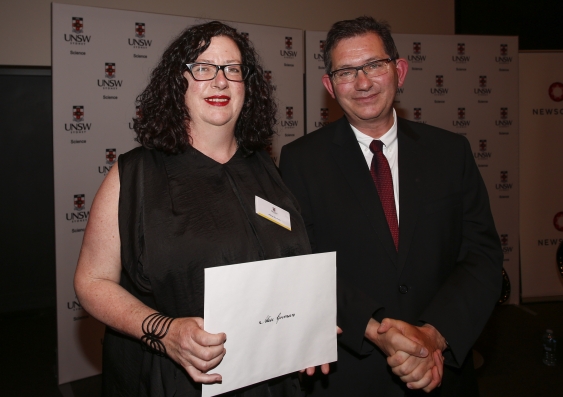 The Bragg UNSW Press Prize for Science Writing has been awarded to space archaeologist Dr Alice Gorman, of Flinders University, for her essay on the ancient and modern story of Woomera and the Nullabor Plain, Trace fossils: the silence of Ediacara, the shadow of uranium.

The $7000 prize was presented by UNSW President and Vice-Chancellor Professor Ian Jacobs at a ceremony hosted by UNSW Press and UNSW Science at the Australian Museum on Tuesday night.

Runners-up prizes of $1500 each were awarded to Jo Chandler for her article on climate change and coral bleaching, Grave Barrier Reef, and to Elmo Keep for her article on nuclear proliferation, The Pyramid at the end of the world.

The winning works appear in The Best Australian Science Writing 2017, the seventh in an acclaimed series of anthologies published by NewSouth Books, which contain short non-fiction pieces of writing about science for a general audience. This year’s edition was edited by award-winning science journalist Michael Slezak. 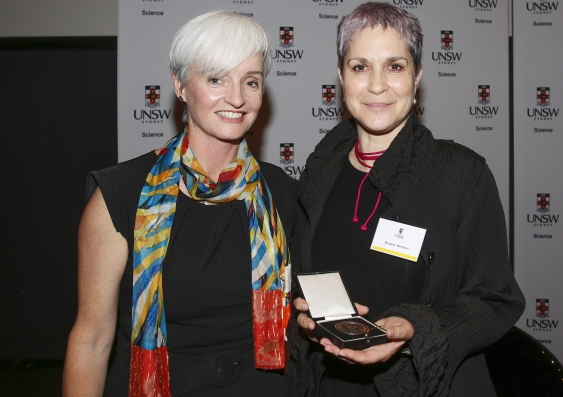 Gorman’s winning essay about Woomera explores the issues of climate change, the space race, nuclear war and Indigenous repression, while also focusing on the 600-million-year-old fossils from the Ediacaran period in this region.

"The book that we’re celebrating tonight includes essays that do both of these tasks beautifully," she said. "Michael Slezak has done a marvellous job of putting this volume together. And the essays here are vital proof that science writing in Australia is vibrant and alive and absolutely fantastic."

She thanked UNSW for establishing the Scientia Medal, adding that science writers in general tended to be an "endangered species" due to diminishing support for their practice.

This was a great concern, she said: "Science communication is an area which is performing an absolutely vital function in our society." 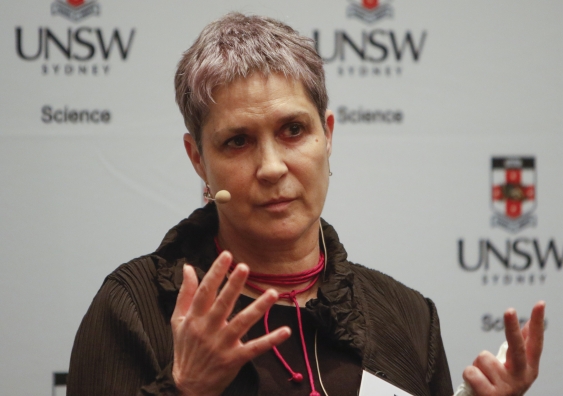 Professor Jacobs said the annual Best Australian Science Writing anthology was an important component of UNSW’s 2025 Strategy and Grand Challenges initiative, which aims to place the University at the forefront of debate on the greatest issues facing humanity and help bring about a just, informed, tolerant and progressive society.

He said this year’s volume was a "truly impressive achievement" and commended the science writers in it for their contributions.

"They are all trying to stimulate an informed public discussion about scientific issues that are having a genuine impact on the world," he said. "This is a really significant mission: to make sure that as a society we are talking about the right issues with the right information in the right way."

Wertheim is an award-winning science journalist and author of six books including Pythagoras’ Trousers, a history of physics, religion and gender. Her widely exhibited Coral Reef Project is the largest science-and-art endeavour in the world.

Professor Johnston commended Wertheim on her commitment to engaging more women in science and maths, and praised the coral reef project for being spectacularly beautiful, heightening environmental awareness about climate change and teaching people about geometry.

"This is science communication at its very best. I congratulate you Margaret on your achievements and thank you for your vital contribution to a better-informed society," Professor Johnston said. 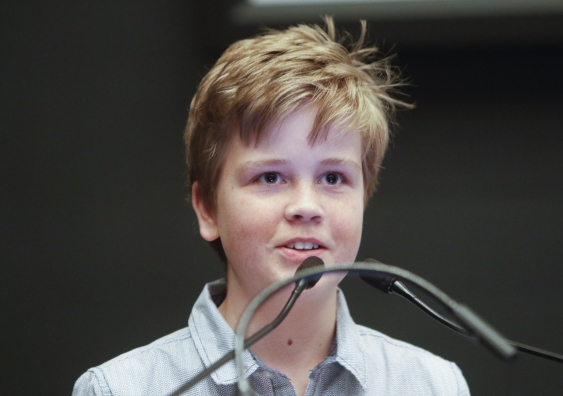 Sam Jones, a Year 7 student at Kedron State High School in Queensland, won for his article about food waste, It’s what’s on the inside that counts.

The two student runners-up, Carol Ge from the Australian Capital Territory and Ebony Wallin from Western Australia, were also present to receive their awards. 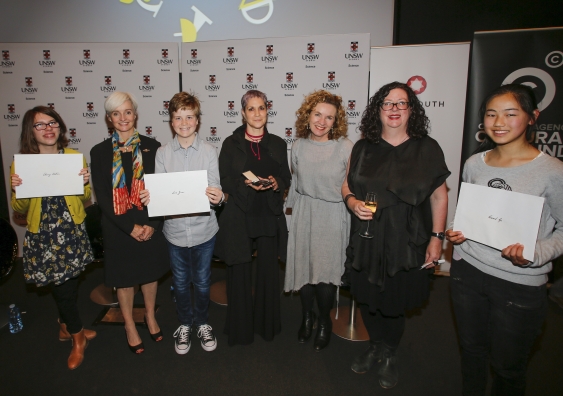