A new article by a UNSW-led team could set a new course for wildlife biologists who are trying to reduce the threat of extinction. 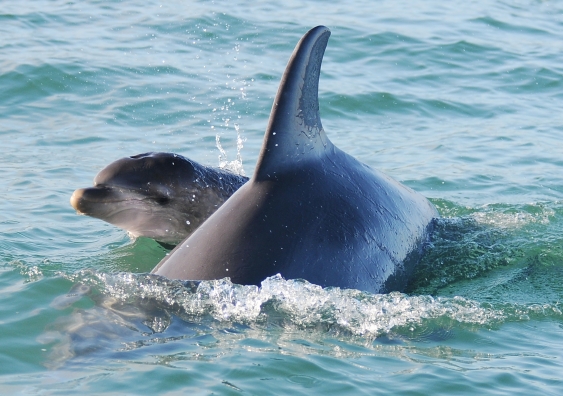 A new article by a UNSW Sydney-led team challenges the validity of current methods for forecasting the persistence of slow-growing species for conservation purposes, and provides a better approach to reducing the threat of extinction.

Previous research on wild dolphins in Australia and wild bears in North America has revealed that reproductive success is the best predictor of the viability of these long-lived populations, rather than their survival rates.

The findings of these and other studies fly in the face of decades of population modelling, which has led to a widespread generalisation that survival is the most important factor for population viability of long-lived species, the researchers say.

“Our analysis suggests that conservation planners are often getting it wrong,” says first author and UNSW scientist Dr Oliver Manlik.

“We believe our research will set a new course for wildlife biologists who are trying to minimize extinction.  It shows them how to identify whether to focus on alleviating threats to reproduction, or to survival,” he says.

The review article, Applicability and limitations of sensitivity analyses for wildlife management, by Dr Manlik and Professor William Sherwin of UNSW, and Dr Robert Lacy of the Chicago Zoological Society, is published in the prestigious Journal of Applied Ecology.

The inspiration for carrying out their review of different population forecasting methods for conservation management was a research project led by Dr Manlik that compared two bottlenose dolphin populations in the wild in Western Australia.

The international team carrying out that study showed that the very different forecasts for the two dolphin populations could only be explained by differences in reproductive rates, not by the much smaller differences in survival rates.

After reviewing many other publications, Dr Manlik, Dr Lacy and Professor Sherwin found a small number, such as a study on bears, that showed similar results. On closer analysis of these studies, they realised the reason for this was not the biology of the animals, but the way the data had been analysed.

In this new study, the researchers evaluate several methods of assessing the effect of changes in reproduction and survival on the persistence of wildlife populations. They outline why some very commonly used methods are flawed when they are used to guide wildlife management.

“These methods often investigate potential changes in reproduction and survival that are quite unrealistic, assessing fluctuations of survival and reproduction that are unlikely or even impossible. This can lead to wildlife management actions that are ineffective,” says Dr Manlik.

The study also describes alternative tools, based on realistic parameters, which conservation planners can use to devise management actions to best protect wildlife populations.