A discovery that microbes in Antarctica can scavenge hydrogen, carbon monoxide and carbon dioxide from the air to stay alive in such extreme conditions has implications for the search for life on other planets. 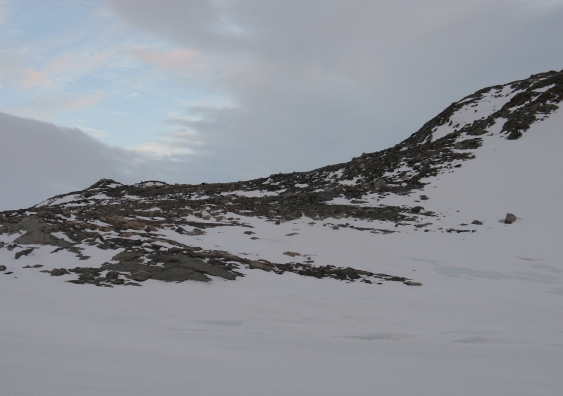 UNSW-Sydney led scientists have discovered that microbes in Antarctica have a previously unknown ability to scavenge hydrogen, carbon monoxide and carbon dioxide from the air to stay alive in the extreme conditions.

The find has implications for the search for life on other planets, suggesting extra-terrestrial microbes could also rely on trace atmospheric gases for survival.

“Antarctica is one of the most extreme environments on Earth. Yet the cold, dark and dry desert regions are home to a surprisingly rich diversity of microbial communities,” says study senior author and UNSW scientist Associate Professor Belinda Ferrari.

“The big question has been how the microbes can survive when there is little water, the soils are very low in organic carbon and there is very little capacity to produce energy from the sun via photosynthesis during the winter darkness.

“We found that the Antarctic microbes have evolved mechanisms to live on air instead, and they can get most of the energy and carbon they need by scavenging trace atmospheric gases, including hydrogen and carbon monoxide,” she says.

The Australasian-based study, by researchers at UNSW, Monash University, the Australian Centre for Ecogenomics at the University of Queensland, GNS Science in New Zealand, and the Australian Antarctic Division, is published in the journal Nature.

Soil samples were collected from two coastal ice-free sites in different regions of eastern Antarctica. One was Robinson Ridge, 10 kilometres from Casey Station, in Wilkes Land. The other was Adams Flat, 242 kilometres from Davis Station in Princes Elizabeth Land. 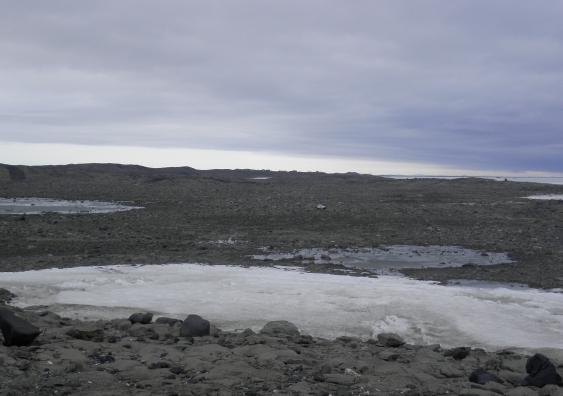 Adams Flat, one of two sites in Antarctica where microbes were collected. Photo: Phil O'Brien

“Both areas are pristine polar deserts devoid of any vascular plants,” says Associate Professor Ferrari, of the UNSW School of Biotechnology and Biomolecular Sciences.

The researchers studied the microbial DNA in the surface soil from both sites and reconstructed the genomes of 23 of the microbes that lived there, including some of the first genomes of two groups of previously unknown bacteria called WPS-2 and AD3.

They found the dominant species in the soils had genes which gave them a high affinity for hydrogen and carbon monoxide, allowing them to remove the trace gases from the air at a high enough rate to sustain their predicted energy needs and support primary production.

“This new understanding about how life can still exist in physically extreme and nutrient-starved environments like Antarctica opens up the possibility of atmospheric gases supporting life on other planets,” says Associate Professor Ferrari.

Most organisms use energy from the sun or the earth to grow. More research is needed to see if this novel use of atmospheric gases as an alternative energy source is more widespread in Antarctica and elsewhere, the scientists say.