Secrets of the ice

For more than a century, the deaths of Scott of the Antarctic and four companions as they returned from the South Pole were blamed on poor planning by the expedition leader.

But research by Chris Turney, UNSW Professor of Earth Sciences and Climate Change, suggests another expedition member brought about their deaths, and his actions were covered up.

Turney discovered documents in the British Library that reveal how the expedition’s second-in-command, Lieutenant Edward (Teddy) Evans, later the 1st Baron Mountevans, stole rations and failed to pass on orders that could have saved Scott.

“The new documents suggest at the very least appalling leadership on the part of Evans or, at worst, deliberate sabotage, resulting in the death of Scott and his four companions,” says Turney, leader of the Australasian Antarctic Expedition 2013–2014.

“The documents also show how public records were altered in later recounts of the expedition and why a Committee of Inquiry into the expedition was rapidly shut down almost before it began.” 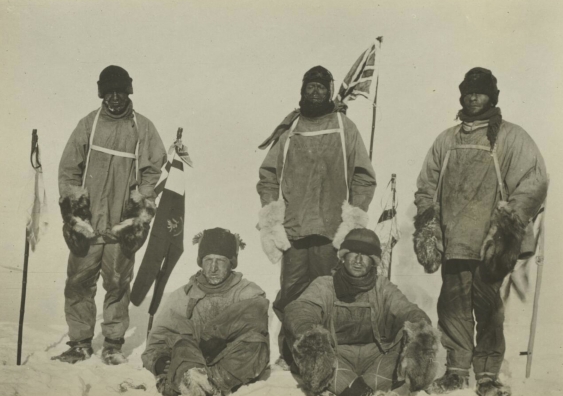 Early in the 1912 expedition, multiple members of Captain Robert Falcon Scott’s team developed doubts about Teddy Evans’ role as second-in-command. Scott himself described Evans in letters as “not at all fitted to be second-in-command”, and promised to “take some steps concerning this”.

It is likely one of the reasons Scott sent Evans back to base before he pushed on to the South Pole with Henry Bowers, Edward Wilson, Edgar Evans and Lawrence Oates. But on their return journey, the rations the expeditioners had planted on the trip out had disappeared.

The updated orders Scott gave to Evans to send a dog team to meet them were seemingly never delivered and Scott and his team were left to die alone and starving in a blizzard.

“For too long Scott has been held responsible for the death of himself and the men of his party who made the fateful expedition to the South Pole,” says Turney.

This article was first published in UNSW Magazine - Uniken. Read the original article.