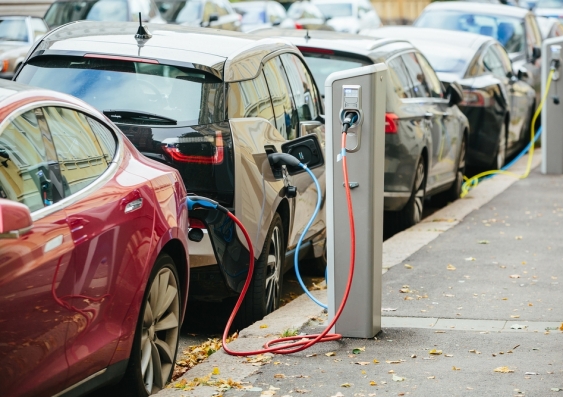 OPINION: Electric cars might finally be having their moment in Australia, after British billionaire Sanjeev Gupta approached the South Australian government about retooling Adelaide’s defunct Holden factories into a new manufacturing hub.

Last week federal energy minister Josh Frydenberg wrote that as costs fall, Australia will “inevitably” see an electric car revolution. He cited surveys showing up to half of Australian motorists would consider going electric the next time they buy a car.

Our research shows that the most important factor that affects consumers’ decision to buy an electric car is the availability of a fast recharging network, especially on long trips away from home.

This was far more important than the availability of cheaper vehicles, the second most cited barrier to uptake.

Even if people can afford the available electric car models, they also need to be assured that they can recharge conveniently and quickly on those long journeys they occasionally make during the year. We need to be ready for this transition. 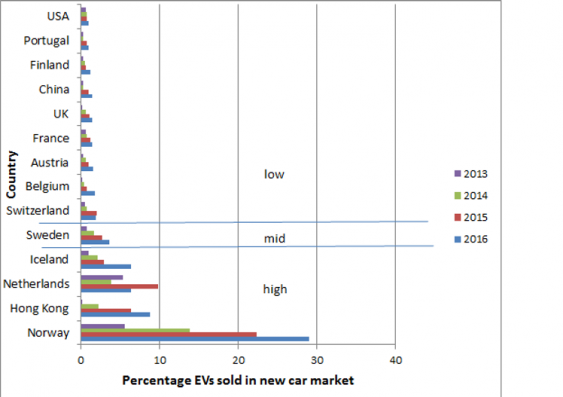 Uptake of EVs in selected countries as percentage of new car registrations by market; showing top, mid and low performers for 2013-2016.

While there have been some commendable efforts to build infrastructure, including by Queensland’s Labor government and the NRMA, there needs to be some federal coordination, for several reasons.

First, standards are needed for the recharging plug; there are quite a few types out there, and to avoid having some very unhappy investors this issue needs to be urgently addressed.

Second, not all electric models can accept superfast direct current charge in addition to the usual alternating current used in household electricity supplies.

Third, having cars with a bigger range doesn’t mean you can do without rechargers on major intercity roads and in country towns.

Australia needs a comprehensive network. This means fast chargers with standardised fittings available every 50-100km on highways and in country towns. An app to help motorists find their nearest recharger – without locking them into membership of any particular company – are essential.

What about charging at home?

While a nationwide network of chargers is important, most people will be recharging their cars overnight. This raises another question: how many people have access to a power point within a few metres of where they park their car?

For people with garages, it is unlikely to be an issue. But apartment living is increasing every year in our big cities, and there are plenty of suburbs where off-street parking is not the norm.

Ideally, federal regulations would step in to ensure that apartment-dwellers don’t end up having to be electric car have-nots. We can look to California for an example of legislation that can inspire Australia.

Making it easy for people to recharge at night could also allay fears about increasing demand on the electricity grid. If the cost of off-peak power at night is lower than during the peak, people will get into the habit of flicking the recharger switch on when they go to bed.

It would make sense to ensure that everybody has access to off-peak pricing; people will then act in their own financial self-interest and recharge at night if they are given the opportunity.

In fact, getting everyone to go electric as quickly as possible will save us billions of dollars in imported oil. In 2016 Australia imported almost A$15 billion worth of refined petroleum, much of it for road transport. We could fund a lot of infrastructure with the money saved.

As Frydenberg pointed out, electric cars are getting cheaper. The cost of batteries, the biggest single factor in the vehicle’s price, is falling. It is reasonable to predict that electric cars will cost the same as their conventional combustion counterparts within a few years.

Charging with electricity is also cheaper than filling up with petrol or diesel, especially once home solar is taken into account.

There are other hidden costs to conventional cars that we need to take into account. For example, fossil fuels are known to cause cancer and asthma. Australia is currently one of the only developed countries in the world without minimum fuel efficiency standards. This is an astonishing state of affairs.

One of the countries we studied was Norway, which has the highest sales of electric cars by a country mile. Nearly 35% of all new cars sold there in 2017 were electric, and Norway has the densest recharging network in the world.

This highlights the importance of practical exposure to electric cars. We found that providing accurate information about costs, vehicle range and the basic experience of driving an electric car, well before people arrive at the point of sale, is likely to increase their adoption.

We can’t rely on the market to create an “electric car revolution” in Australia. Funding infrastructure, creating industry standards, legislating to reward and cheapen less-polluting cars, and educating the public are all part of the challenge.

The authors would like to acknowledge the contribution of Danielle Drozdzewski to this article.