Smashing engineering’s gender imbalance – one camp at a time

As part of its aim for 30% female enrolments in engineering by 2020, UNSW is bringing Year 11 and 12 girls to campus for a week of hands-on activities that offer a taste of the booming profession. 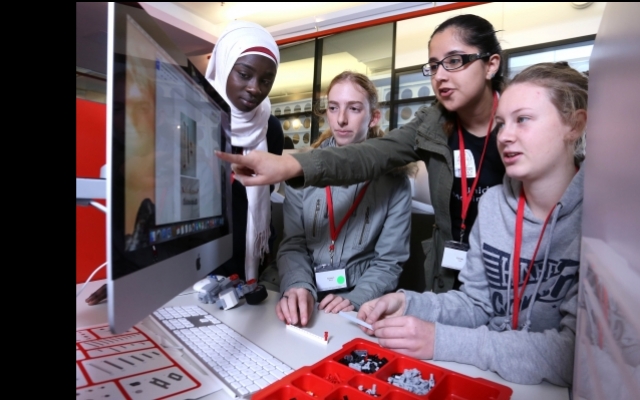 As part of its aim for 30% female enrolments in engineering by 2020, UNSW is bringing Year 11 and 12 girls to campus for a week of hands-on activities that offer a taste of the booming profession.

Aiming for 30% female enrolments in engineering by 2020, UNSW is bringing Year 11 and 12 girls to campus for a week of hands-on activities that give a taste of the booming profession.

More than 100 girls from around the country will spend this week in Sydney at UNSW's annual Women in Engineering Summer Camp, showing them what the booming – but still male-dominated – profession has to offer.

“Demand from industry completely outstrips supply, and that demand is not slowing – in fact, it has doubled in the past decade,” said Mark Hoffman, Dean of Engineering at UNSW. “And the average starting salary for engineering graduates is higher for women than for men. Name another profession where that’s the case.”

The girls will spend five days at UNSW, exploring engineering as a career and visiting major companies including Transport for NSW, the Royal Australian Navy, IAG’s Firemark Labs and Tooheys brewery, as well as start-ups, to see the engineering profession in action. Almost a third of those taking part are from regional NSW or interstate, including eight from Victoria and three from the ACT. There is even a student from Malaysia.

The girls will network with 80 real-life female engineers from industry who have volunteered their time, and collaborate in teams on week-long design projects that help them see how their school maths, science and technology skills can be applied to the real world. In the past, more than 65% of girls who attended the camp in Year 12 have gone on to enrol in engineering at UNSW. 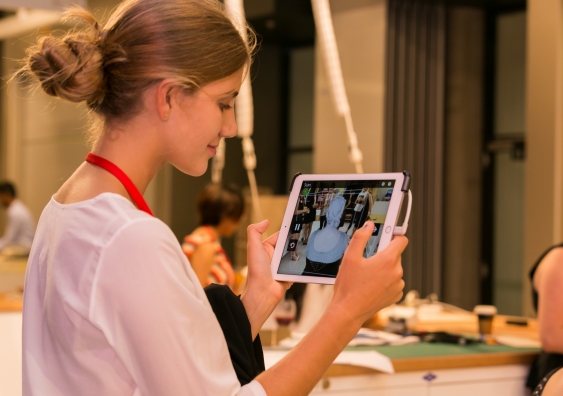 Every year for the past decade, an average of 18,000 new engineering positions have needed to be filled in Australia, but only 7,600 students now graduate with bachelor-level engineering degrees from Australian universities. Almost 20% of engineering graduates come from UNSW in Sydney, which has by far the country’s biggest engineering faculty.

“There are just not enough engineering graduates to meet domestic demand, and demand is high,” said Kimberly Burdett, the faculty’s Education Manager. The proportion of Australian engineering graduates who are employed full-time within three years of completing their degrees is 91.6%, according to the 2017 Graduate Outcomes Survey.

Hoffman said that appealing to women wasn’t just about boosting the overall number of engineers, but because engineering itself benefits from diversity.

“In a knowledge-driven economy, the best innovation comes from diverse teams who bring together different perspectives,” he said. “This isn’t just about plugging the chronic skills gap – it’s also a social good to bring diversity to our technical workforce, which will help stimulate more innovation. We can’t win at the innovation game if half of our potential engineers are not taking part in the race.”

Hoffman, who became UNSW’s Dean of Engineering in 2015, has made boosting the number of women in engineering a priority. Within the faculty, his goal is to raise female representation among students, staff and researchers to 30% by 2020. Currently, 22% of UNSW engineering students are female (versus the Australian average of 17% at universities). Only about 13% of working engineers in Australia are female, a ratio that has been growing slowly for decades.

Coull manages several UNSW initiatives to boost female participation in engineering, from multiple events held on campus for female students as young as 14, to school visits, annual awards that highlight successful women engineers and mentorship of students at high school.

The Faculty has recently boosted the number of its Women in Engineering scholarships to 42, with a total value of more than $420,000 annually, partly funded by UNSW and industry partners such as the Commonwealth Bank, Arup, WSP, Dolby, Kimberly-Clark , KPMG and Transurban, as well as private benefactors.

BACKGROUND ON UNSW’S FACULTY OF ENGINEERING