Susan Kiefel's first year as Chief Justice of the High Court has been marked by a welcome degree of consensus, writes Andrew Lynch. 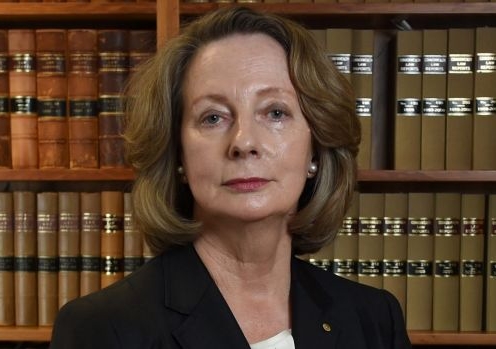 OPINION: Just over a year ago Susan Kiefel became Australia’s 13th Chief Justice. She assumed leadership of the High Court, having already firmly articulated her views on judicial decision-making.

Are there signs already that Chief Justice Kiefel has influenced the way the court resolves the controversies that come before it – or is it business as usual?

To answer this question, one needs to know what Kiefel stands for. She has repeatedly cham­pioned the virtues of collaborative judicial decision-making of a multi-member court.

Although at much earlier times in its history the High Court made its decisions through the separate, individual, written judgments of its members, in recent decades there has been a much greater use of joint judgments to which several, if not all sitting judges, attach their names.

In several speeches, both before and after her elevation as Chief Justice, Kiefel has made it very clear that too many separate judgments result in a lack of clarity and coherence in the court’s institutional function of stating the law.

She has also lamented the delay that may be caused by the insistence of some members of the court on writing an individual opinion.

Importantly, Kiefel has acknowledged that there may be “perfectly valid reasons” why a judge may write separately. This is certainly so when he or she disagrees with the majority and ­decides to write a dissent.

Her real difficulty is with the writing of separate opinions that concur in the majority result without saying anything distinct. Adopting the label used by the former president of the UK Supreme Court, Lord Neuberger, Kiefel ­describes such opinions “vanity judgments”.

In March Kiefel again voiced her position on these questions, also explaining the decision-making practices of conferencing and assigning the writing of draft opinions practised by the High Court, of which she has been a member since 2007.

An examination of the first year of decisions by the Kiefel High Court suggests that her preference for collaborative decision-making is largely being met in practice.

That speech, delivered to the Supreme Court of Queensland, is likely the most candid account of judicial method in Australia’s highest court ever offered by a newly minted chief justice.

But speeches are one thing – what is actually happening on the court now that Kiefel is in charge?

An examination of the first year of decisions by the Kiefel High Court suggests that her preference for collaborative decision-making is largely being met in practice.

In 2017 the court decided 51 matters and its manner of doing so was almost evenly divided across three categories: cases decided by a single unanimous judgment; those featuring two or more separate concurring opinions; and others where agreement could not be reached and a dissent was issued.

The percentage of matters ­decided by concurrence – the area in which we might find so-called vanity judgments – was 10% lower than in the previous year and more than 20% lower than in 2015.

But even so, the split across the way the 2017 cases were decided under Kiefel is not especially ­remarkable. Certainly there are earlier years in which the number of cases decided unanimously has been significantly higher, reaching half of all cases in 2010 under then chief justice Robert French.

However, where there has been unambiguous progress in the area of constitutional law.

Last year there were 11 constitutional cases decided by the High Court, including controversies over dual citizenship of parliamentarians and the validity of the marriage equality poll.

The court decided five of those matters – or 45% – by a unanimous judgment.

That level of consensus in such cases is unprecedented in this century and one would need to go much further back in time to find a comparable achievement. Typically, the court may decide just one or no constitutional cases with a single opinion.

What is more, dissent in constitutional cases was exceptionally scarce last year.

This is an area in which agreement is traditionally elusive, yet only two judges issued a minority opinion in a constitutional decision: Michelle Gordon and newcomer James Edelman, both in former senator Bob Brown’s successful challenge to Tasmanian laws impinging on free speech; and Edelman again in a case on the validity of provisions of the Migration Act.

In a further sign that the court functioned remarkably cohesively in constitutional law matters last year, judge Stephen Gageler, who has asserted the virtues of writing separate draft judgments to ensure decisional independence, joined with colleagues in eight of these cases. By contrast, in 2016, he did so only once.

It is early days for the Kiefel court and there are several individualists among its members. This is reflected in the way in which many matters overall were decided.

But the constitutional cases of its first year were marked by an unusually high incidence of consensus – and a welcome dearth of vanity judgments.

Professor Andrew Lynch is Deputy Dean of UNSW Law. This piece was first published in The Australian.