A UNSW Law team has claimed victory at the world’s top mediation challenge in Paris, beating 65 teams from 32 countries. 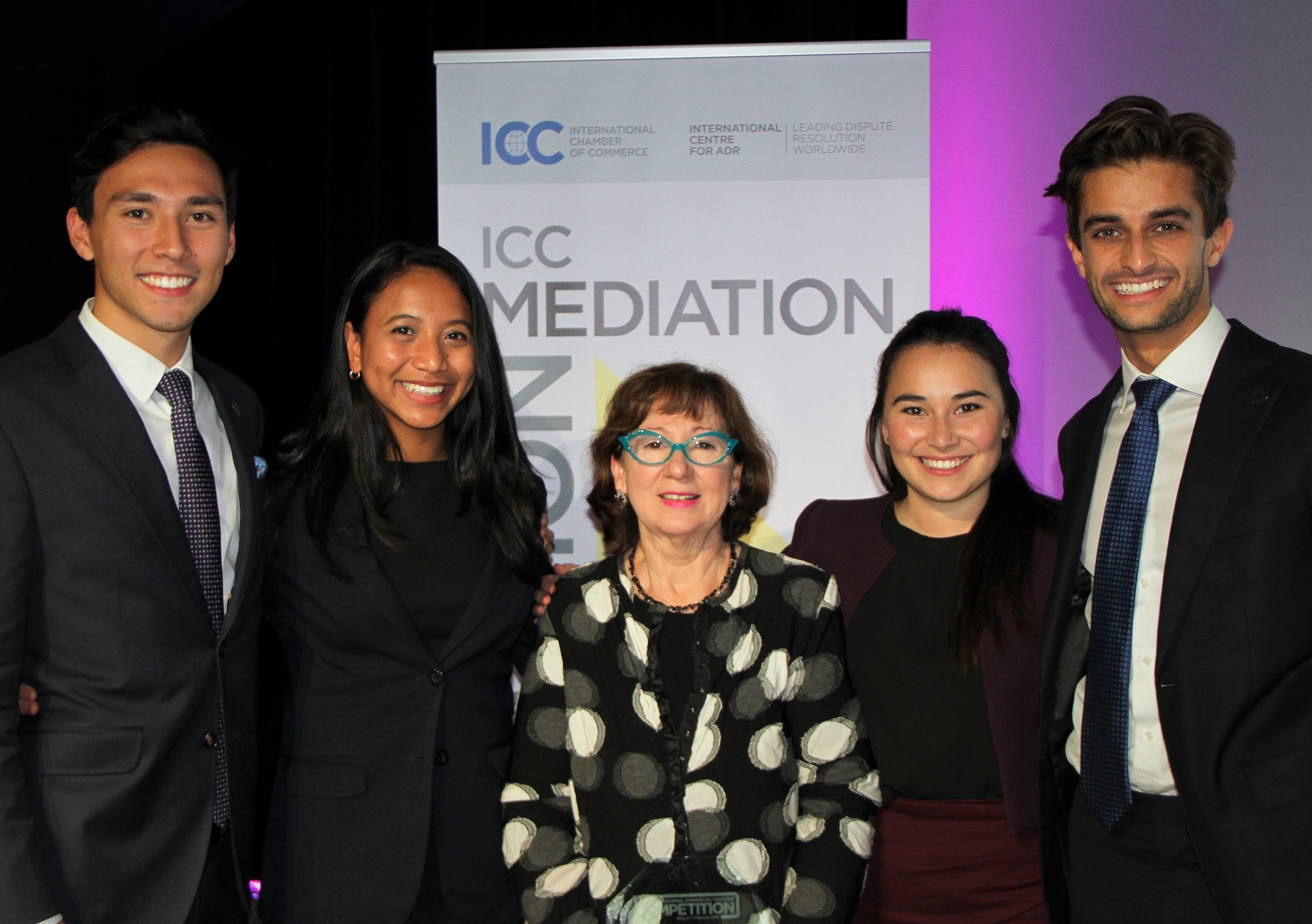 A team of UNSW Law students has claimed victory at the world’s top mediation challenge in Paris, beating 65 teams from 32 countries to take out first prize.

The UNSW team was named best in the world at the International Chamber of Commerce’s (ICC) International Commercial Mediation Competition, after six days and almost 150 mediation sessions.

UNSW teams, led by Dr Rosemary Howell, a visiting professorial fellow and Chairman of Strategic Action, have been consistently strong in the annual competition. This is the third time the University has made the finals in 12 years of competing in the invitation-only event. UNSW won the title in 2016.

To get to the finals, teams must win four preliminary rounds of mock international disputes, based on real events with legal, commercial and ethical complications. The event allows students the chance to put mediation theory into practice and meet with some of the world’s top mediators, who act as judges in the competition.

Dr Howell said that after six gruelling months of training, the UNSW team of students Nanak Narulla, Brittany Young, Nadhirah Daud and Jack Rathie beat a team from Saint Joseph University of Beirut in the final.

“The audience gave us a standing ovation as our win was announced – it was a great moment,” she said.

This year, the final dispute involved an organic coffee grower, whose plantation was nestled at the base of a threatening volcano, and an international technology giant with an innovative new technology that was supposed to reduce the ever-dangerous ash clouds spewed out during volcanic activity.

Nanak Narulla said the support, hard work and great performances from each UNSW team member was the best part of competing.

“We feel absolutely chuffed, particularly because of the team we got to mediate with in the final, Saint Joseph University of Beirut,” Narulla said. “They are very accomplished, and the session was so enjoyable that it is a real honour to have been awarded first prize.”