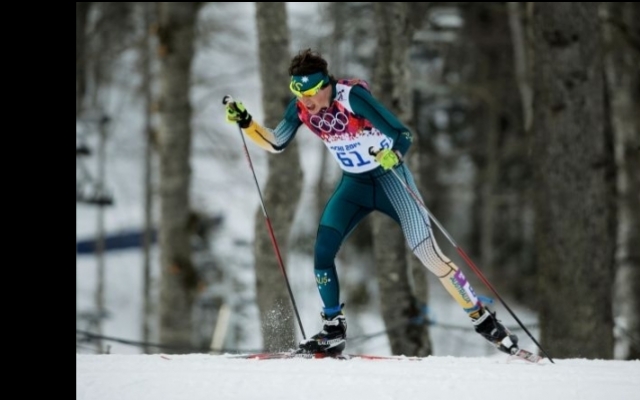 UNSW student and Ben Lexcen Scholar Callum Watson will represent Australia at the Winter Olympics after making an inspiring comeback from a serious sporting accident.

As he lay in hospital following a serious skiing accident in 2014, UNSW student Callum Watson thought his sporting career might be over.

While competing at the Australian Sprint Championships after the Winter Games, Watson was left with a punctured lung after he was involved in a collision with another athlete whose ski penetrated his ribs. He spent 12 days in hospital and could not train for three months as he underwent a challenging recovery.

So Watson is justifiably proud to be representing Australia at the Winter Olympics in Pyeong Chang, South Korea, which begin on  Friday.

“To be selected to compete for Australia at the Pyeong Chang 2018 Winter Olympics is an achievement I'm incredibly proud of. Many people have asked if the feelings of it all subside the second time around and the answer is definitely not,” he says.

“There is so much that has gone into the last four years that the feeling of accomplishment, relief and excitement have made this an incredible experience already.”

The support he received throughout his recovery has inspired Watson to aim high in Pyeong Chang.

“I want to show these people how thankful I am, and throwing everything at achieving better results than ever before is really the only way I know how,” he says.

“The accident broke me not only physically but emotionally and financially too. Without the support of the community around me, friends, family and especially my girlfriend Teresa, I would have given up any further pursuits in my sporting career right there and then.

“The road forward seemed so challenging at the time. I'd been reduced from being the strongest and fittest I'd ever been to losing 8kg and not even being able to walk 100m without needing a break.”

Without the support from UNSW I would have struggled to make it to this level in sport and I owe so much of my success to the University.

After his remarkable comeback, he is hopeful of achieving personal and Australian firsts at the Games.

“I hope to achieve a result in the top 50% of the field in the 15km freestyle. I also have my focus on the Team Sprint event where my team mate Phillip Bellingham and I will compete together with the goal of achieving Australia's first ever top 10 result in this event,” he says.

“Considering I just achieved my personal best distance World Cup result at the Seefeld pre-Olympic World Cup last weekend, and after placing 12th in the latest Team Sprint World Cup in Dresden, Germany, I am feeling confident about being on track to achieving these goals.”

Watson acknowledges the support he has received as a Ben Lexcen Scholarship holder at UNSW.

“Thanks to the Ben Lexcen Scholarship, UNSW has been my number one financial supporter throughout my sporting career. Without the support from UNSW I would have struggled to make it to this level in sport and I owe so much of my success to the University,” he says.

“The dream to compete for Australia at the Olympics is not dissimilar to the ambitions of a student in obtaining their degree. It's a journey with plenty of setbacks and challenges along the way but the reward at the end is something to be truly proud of.

“As UNSW students, we are lucky. If you have the passion and determination you will be supported, even if you choose a relatively unknown sport such as cross country skiing.”

Several other UNSW alumni will travel to Pyeong Chang with the Australian team. Rohan Chapman-Davies, who graduated with a Commerce degree in 2016, will compete in the moguls and 2014 Commerce graduate, Hayden Smith, will compete in the Bobsled. Two-time Olympian Scott Kneller, a combined Engineering/Commerce graduate, will accompany the team as an Athlete Services Manager.