Future ‘ocean cities’ need green engineering above and below the waterline

Artificial islands emerging from the oceans are regarded as 'engineering marvels'. But little attention is paid to how these human-made structures affect sea life. 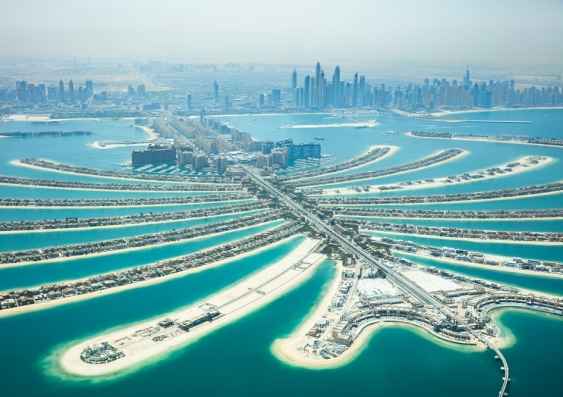 Often overlooked, however, is the damage that artificial islands can cause to vital seafloor ecosystems. But it doesn’t have to be this way. If proper planning and science are integrated, we can develop the design strategies that will help build the “blue-green” ocean cities of tomorrow.

Ever growing numbers of human-made structures are occupying our oceans. Cities built on artificial islands in the ocean are providing a solution for urban planners trying to manage the population squeeze.

And yet, so-called “ocean sprawl” dates as far back as Ancient Egypt. Over the past few centuries, artificial islands have been built through land reclamation. Land reclamation is the process of creating new land from existing water bodies. 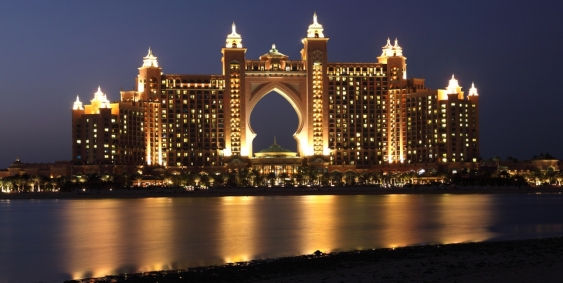 The Netherlands, for instance, has been draining lakes and expanding its coastline to fight the advance of the sea since the 1500s. The Dutch actually built one of the first and largest artificial islands, which is now home to some 400,000 people. Japan’s third-busiest airport, the Kansai International Airport, was built on an artificial island in 1994. China has also been building into the oceans, reclaiming more than 13,000km² of seafloor and an estimated 65% of tidal habitat since the 1950s.

Using Google maps, we were able to identify more than 450 artificial islands around the world, including the famous Palm Islands of Dubai. These are often celebrated as engineering marvels, but at what cost to the marine environment?

We can’t ignore what lies beneath

Marine habitats have always been essential for human life in coastal regions. They provide food, building and crafting materials, and less-known services such as coastal protection, nutrient cycling and pollution filtration.

The creation of artificial islands causes large changes to the seabed by permanently smothering local habitats. In many parts of the world, existing habitats provide the foundation for artificial island construction. For instance, artificial islands in the tropics are often built directly on top of coral reefs. This leads to considerable destruction of already threatened ecosystems.

Land reclamation also impacts nearby habitats that are particularly sensitive to murky waters, such as coral reefs and seagrass beds. In Singapore, land reclamation is associated with coral reef decline due to sedimentation and resulting light reductions. Singapore has lost nearly 45% of the country’s intertidal reef flats and almost 40% of intertidal mudflats.

When the ecological, economic, and social value of marine habitats are considered, artificial islands and ocean sprawl seem to be indulgences that we cannot afford. The effects would be akin to the suburban sprawl of the 20th century. To avoid this cost, we need to address the complexities of the underwater world in urban planning and development.

In his book Blue Urbanism, Timothy Beatley calls for urban planners to consider and value ocean ecosystems. He argues that we need to recognise the psychological value of human connections to blue space, and extend green practices on land into marine environments. While some artificial island developments such as the Forest City project are touted as “eco-cities”, more could be done both to minimise impacts below the waterline and integrate underwater environments into city life.

Why not combine a “Forest City” with the principles of a “Sponge City”? While native plantings in a forest city could help to reduce air pollution, sponge cities seek to “absorb” and reuse rainwater, thus reducing pollution entering the oceans through stormwater run-off. Around artificial islands, developers could also embrace the water filtration powerhouse of the oceans: active oyster reefs.

The location of future constructions should also be carefully evaluated to ensure the preservation of important marine habitats. Artificial islands have the potential to create fragmented seascapes, but with careful spatial planning and smart designs, they could create corridors for some climate migrants or those threatened species most at risk from habitat loss.

Designs based on ecological principles can reduce the impacts of artificial islands on natural habitats. However, applications of “blue-green” infrastructure remain largely untested at large scales. New designs, building strategies and spatial planning that integrate seascapes and landscapes are an opportunity for both “smarter” cities and experimentation for the development of successful blue-green technologies.