Promoting STEM is a necessity, not a fad 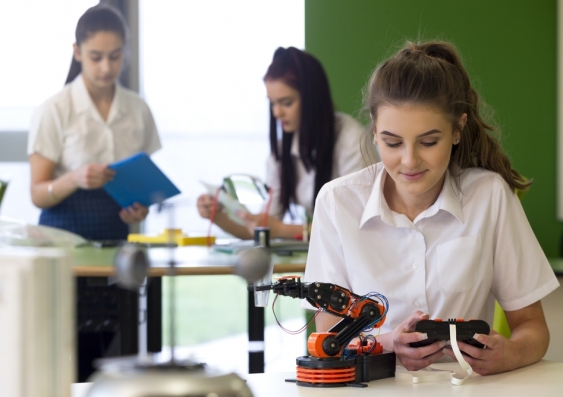 OPINION The promotion of science, technology, engineering and mathematics education is more than a fad: it is a much-needed movement to encourage a well-rounded education that is essential to Australian students. The focus on STEM, resulting from a 10-year national strategy, was never to denigrate humanities, arts and social sciences, but rather to address an imbalance in the education of Australian students.

In the Balmoral speech at Queenswood on Wednesday, NSW Education Minister Rob Stokes was correct in stating that education for the sake of education was essential to a progressive society. The importance of a well-rounded education in preparing children to be well-rounded citizens cannot be denied. But are students receiving such an education? With a shortage of trained mathematics teachers in secondary education, and the paucity of science education in primary school, it is unlikely.

Yes, there has been a focus on promoting a STEM education. It is a focus that is still needed; not to the detriment of other subjects, but because of the falling uptake of STEM subjects. High school students are less likely to undertake more challenging mathematics subjects while, at a tertiary level, STEM enrolments are at the lowest proportion of enrolments in almost a decade. In the Minister’s state of NSW in 2017, about one in five students did not study a mathematics subject in the final year of the Higher School Certificate, and only 50 per cent studied at least one science course.

Stokes lamented academic discipline silos yet his inference that a STEM education does not require creativity, analytical skills and communication skills is the kind of thinking that creates these silos. A STEM education is more than just maths, equations and scientific principles, it is a way of looking at information, analysing it, drawing conclusions and finding creative solutions. It prepares people to become engaged and proactive members of society.

Those in the STEM sector have long recognised the need for multidisciplinary collaboration and the rise of disciplines such as science communication benefits such collaboration. To believe that STEM separates disciplines and only focuses on technical skills or employment is a fallacy. No scientist spends half their life studying quantum physics in the sole hope of being employable. They do it because they are creative and curious, like anyone passionate about their chosen field.

To refer to the promotion of a STEM education as a “fad” and that “STEM seeks to dehumanise education – reducing it to an equation of inputs and outputs”, and to do so at a girls' college, is also extremely harmful to the progress of gender equality in STEM.

Women are still under-represented in the STEM workforce. Young girls still envision scientists as men, and until this is remedied it is essential a STEM education is encouraged among young women.

A strong Australian society requires a solid foundation in humanities, arts and social sciences, and in STEM, for all students, however when discussions arise that pit one against the other, education itself is weakened. There needs to be a strong link between all disciplines, but labelling STEM as a fad to students traditionally discouraged from it just reinforces old educational prejudices.

Emma Johnston is the Dean of Science at UNSW. Kylie Walker is chief executive of Science and Technology Australia and chairwoman of the Australian National Commission for UNESCO.

This article was originally published in The Sydney Morning Herald.