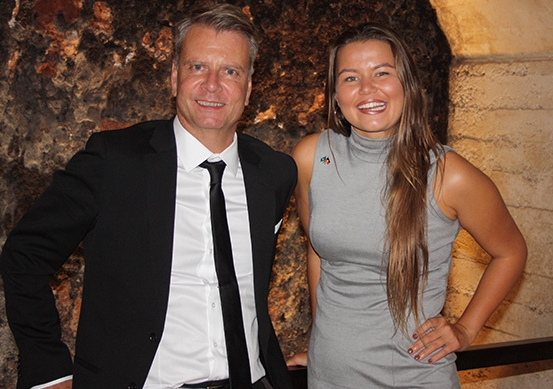 At the age of 11, Vanessa Turnbull-Roberts was removed from her family and placed in out-of-home care. The young Indigenous woman moved through more than a dozen different homes over the next few years, but far from being bowed by the experience, she used it as a motivation to study law.

The prestigious award is the only national scholarship dedicated to helping Indigenous law students achieve their ambition of becoming a lawyer. The award honours John Koowarta, a Winychanam Elder who pioneered Aboriginal land rights in Australia during the late 1970s and early 1980s.

“She is a remarkable individual, with an exciting and bright future ahead of her.”

Turnbull-Roberts, a proud Bundjalung woman, said she had experienced many challenges and adversities in her life but had used them as foundations for personal growth and motivation to pursue her goals.

“After losing my father last October, and then a few days later my mother, I am grateful for the significant strength and resilience that is entrenched within me to complete my degree,” she said. 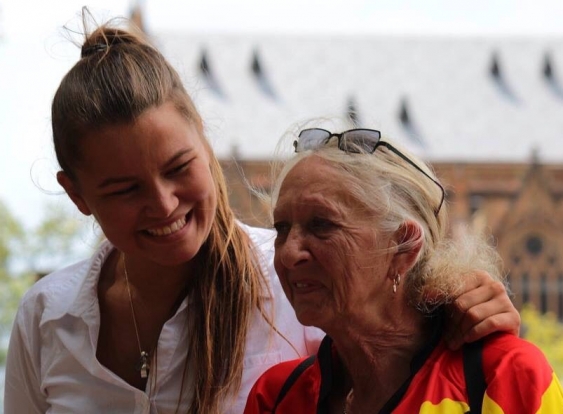 Vanessa Turnbull-Roberts with Aunty Hazel, one of the founders of Grandmothers Against Removals. Photo: Supplied

While completing her Bachelor of Laws and Bachelor of Social Work at UNSW, Turnbull-Roberts has remained an active member of her community and has worked alongside organisations including Grandmothers Against Removals.

She said she was looking for a career in child protection, juvenile justice and law reform that supported Indigenous people, youth, asylum seekers and refugees.

“I aim to combine policy and direct practice in order to develop programs that enhance empowerment within Indigenous and non-Indigenous communities,” Turnbull-Roberts said.

“I am completing my degree for my parents, community, and family, and most importantly for all the old people who have walked before me and have fought for our rights – they have taken much larger steps in order for us to be where we are today, and as the next generation we will continue to as well.

“I proudly acknowledge the support of those around me, particularly the support of UNSW Law and UNSW Social Work, the lecturers and all those who work behind the scenes supporting and advocating for Indigenous education.”