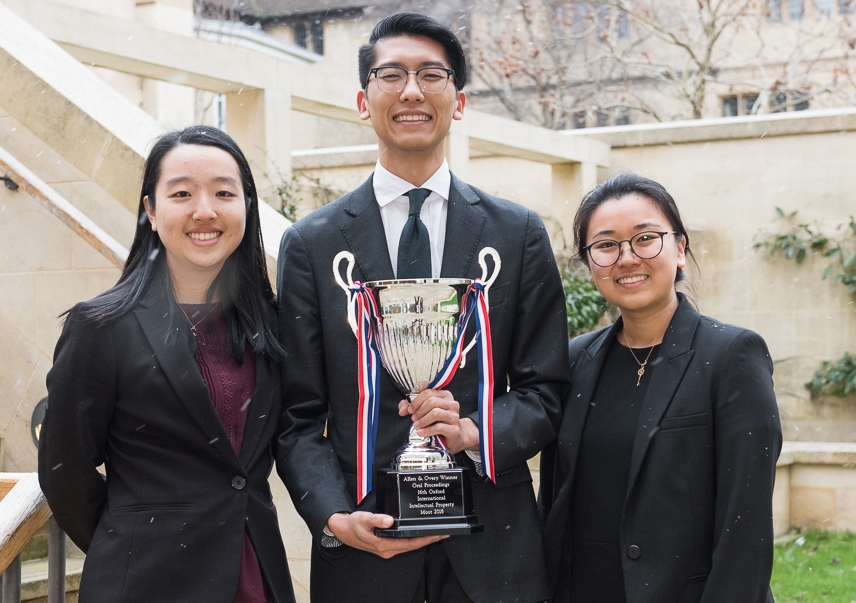 The Oxford IP Moot is regarded as one of the world’s most prestigious intellectual property law mooting competitions and attracts applications from law schools around the world. Participation in the oral rounds is by invitation only, based on teams’ written submissions.

Out of 66 written submissions for the 2018 competition, 28 universities from Australia, Canada, China including Hong Kong, France, Germany, India, Malaysia, Singapore, Switzerland, the United Kingdom and the United States were invited to compete in the oral rounds – the largest number of teams in the competition’s history.

The moot focused on issues in copyright law and performers’ rights, in a case involving a fireworks display and a trio of performing cockatoos. Teams had to address questions in relation to the meaning of “dramatic work”, the test for authorship, assessment of non-literal infringement, and whether an animal-only presentation can constitute a performance.

The UNSW team of Christina Han, Anne Wang and Wee-An Tan went through the preliminary round undeafeated, beating King's College London, the National University of Singapore, Mulitmedia University and the National Academy of Legal Studies and Research, India. The team faced Bucerius Law School (champions of the 2017 competition) in the quarter-finals and University of Ottawa in the semi-finals. 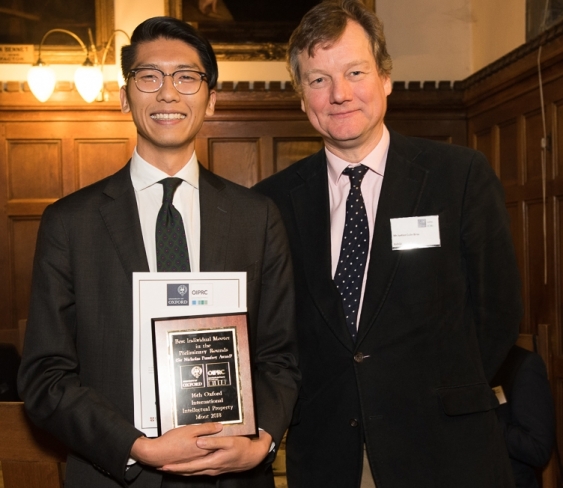 The UNSW team also received the Powell Gilbert Prize (third place) for Best Written Submissions (out of 66 universities), and Wee-An Tan received the Sir Nicholas Pumfrey Award for the Best Individual Mooter in the Preliminary Rounds.

As part of their prize, the team met with David Stone (Partner, Allen & Overy LLP London, and Deputy High Court Judge in England and Wales) for a mentoring lunch at Allen & Overy’s Sydney offices.

Team member Christina Han said: “It was an enormous honour to be part of this competition. We really want to thank our coaches, UNSW alumni Ashna Taneja and Sumer Dayal, and the academics, alumni and practitioners who volunteered to judge our practice moots.”

Cases focus on war crimes and crimes against humanity, and this year’s case revolved around an escalating conflict between two fictitious neighbouring countries.

To compete in the moot, universities must have won their national qualifying rounds. As champions of the 2017 ALSA International Humanitarian Law Moot, UNSW secured an invitation and was generously sponsored by the Australian Red Cross.

In 2018, 24 universities from around the world were invited to take part in the competition, held at the University of Hong Kong and the Hong Kong High Court. 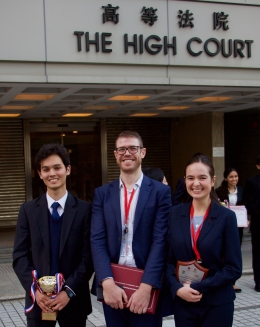 Christopher Chiam received the prize for best speaker of the competition.

Team member Veronica Sebesfi said: “Chris and I found the moot was an incredible opportunity to represent UNSW on an international stage, to engage in-depth with a fascinating area of law, and to moot in front of highly respected judges. We’re immensely grateful to Samuel Hartridge for volunteering his time as our coach and to all those who judged practice moots to help us prepare.”