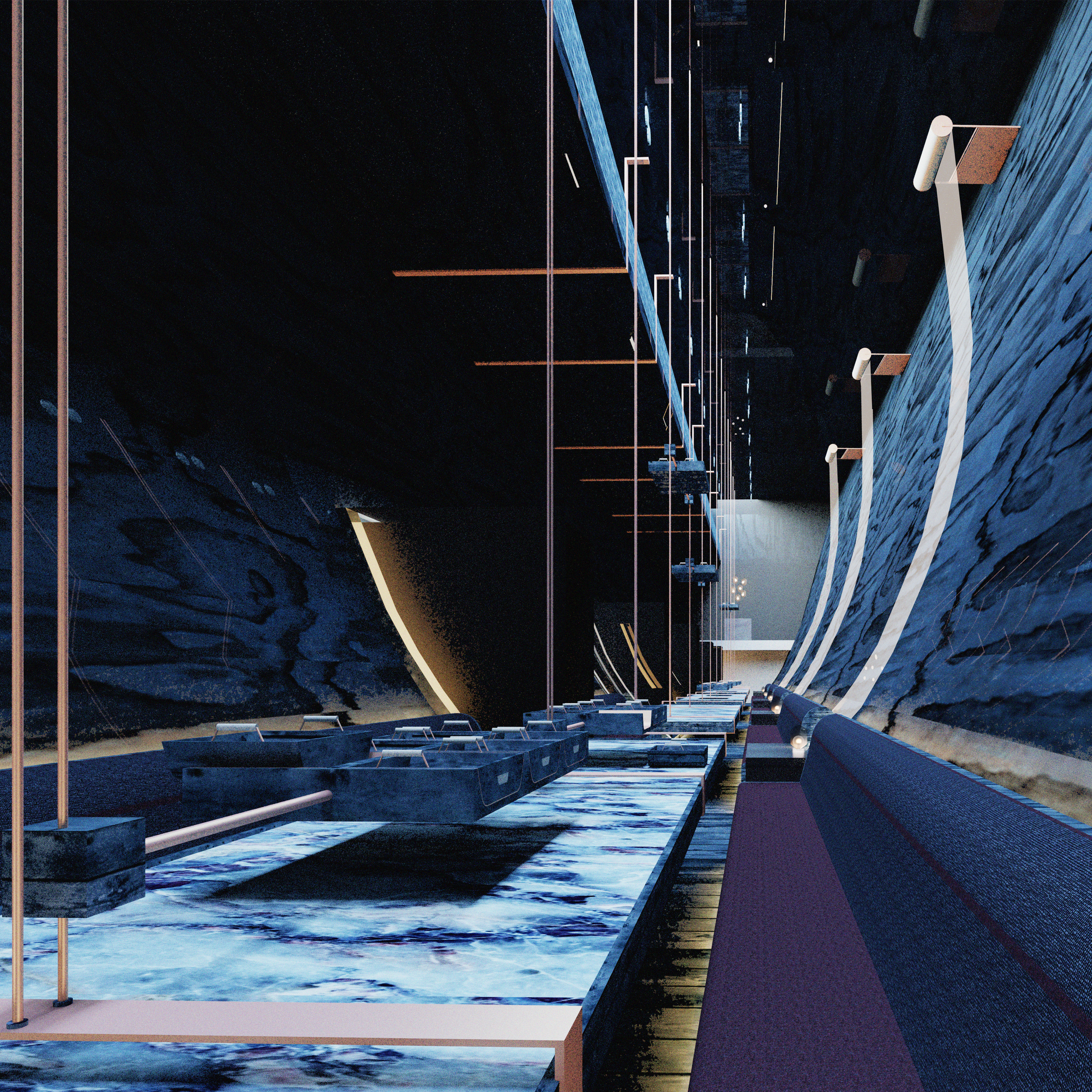 Congratulations to UNSW Built Environment Interior Architecture a graduand Nic Robson, who has taken out the Artichoke Magazine Prize for design communication.

Robson, who completed a Bachelor of Interior Architecture (Honours) in 2017, won the award with his design proposal for the revitalisation of the White Bay Power Station in Rozelle.

The project was submitted as part of the graduation studio in the Interior Architecture (Hons) program. In partnership with Landcom and the UrbanGrowth NSW Development Corporation, this studio engaged The Bays Precinct Sydney Transformation Plan for a new vision of the Bays precinct in Sydney’s inner West.

Artichoke Magazine is the national magazine of the Design Institute of Australia (DIA), the peak industry body for professional design. The annual prize recognises excellence in the written and visual presentation of an interior design proposition, and is presented to one graduating interior design and architecture student from institutions that are members of the Interior Architecture Educators Association (IDEA) across Australia and New Zealand. Each institution’s prize-winning student is nominated by the discipline director.

Robson, who is working as a junior designer at leading Sydney architecture firm Stubbs Design Tribe, said he was honoured to be recognised with the award. He attributed his achievement to the strong work ethic developed during his time in the design studio environment in the Interior Architecture program at UNSW Built Environment.

“It’s extremely validating when everything comes together, and you have external eyes appreciate your work,” he said. “We work so hard and have a lot of amazing talent in the interior architecture field, so to be recognised amongst them is amazing.”

Robson said BE’s Interior Architecture program had helped bring the best out in himself.

“It has given me the opportunity to develop the scope of creativity to successfully work across diverse creative projects,” he said. “It has instilled me with confidence and a constant curiosity to learn that brings the best out of myself.”

The Bachelor of Interior Architecture (Honours) at UNSW Built Environment will equip you with the skills to influence people’s lives through the interior environments they inhabit. Find out more about the course here.