We’re off to space 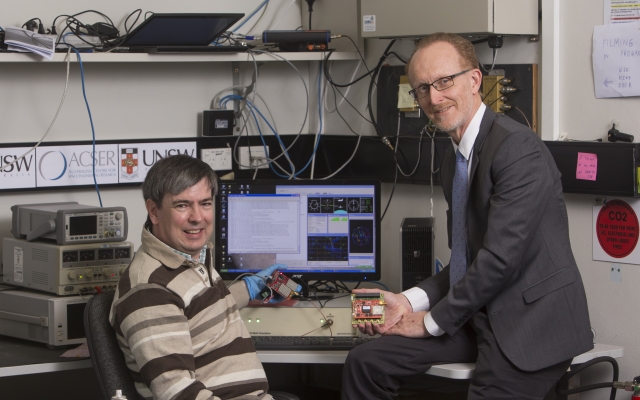 UNSW became the first Australian university last year to build its own satellite and successfully place it into orbit. In April, UNSW-EC0 – a new research satellite built by a talented team of researchers and students at UNSW Engineering – blasted off to the International Space Station. It was deployed into orbit in May and is still operating.

It was the first Australian-built satellite in 15 years, and only the fourth built in the country – itself an achievement. But it was only one of the satellites our team at the Australian Centre for Space Engineering Research (ACSER) built and launched in 2017; they also helped the University of Sydney and the Australian National University build another, called INSPIRE-2. 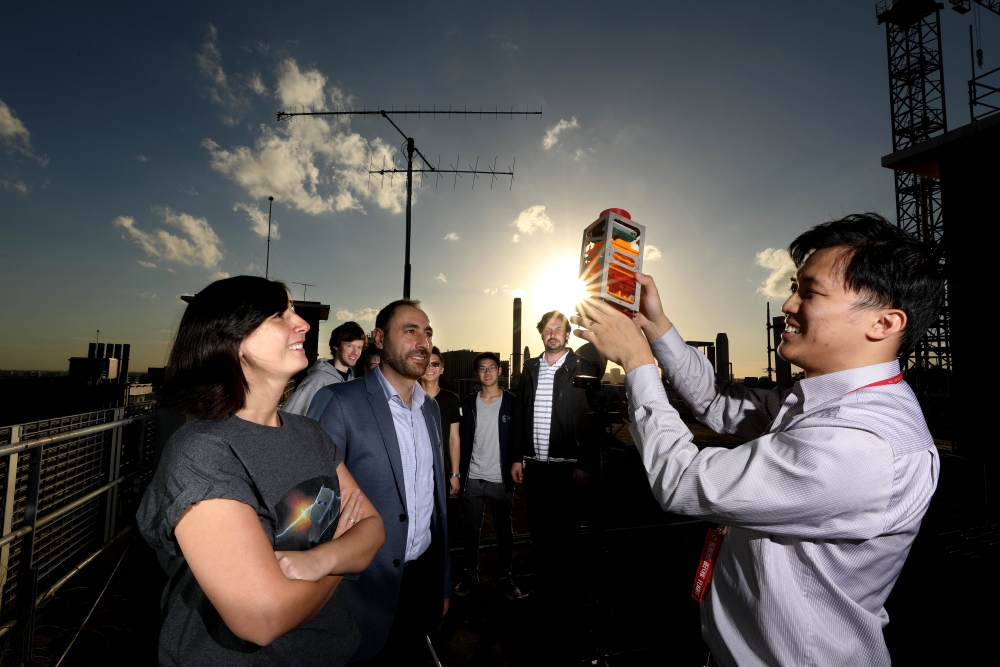 Both were part of the international QB50 mission – a swarm of 36 small satellites, known as ‘cubesats’ and weighing about 1.3 kg each – designed to explore a little-understood region above Earth known as the thermosphere.

Together, they will carry out the most extensive measurements ever undertaken of the lower thermosphere, which lies between 200 and 380km above ground. This layer of the atmosphere has been poorly studied because it difficult to reach.

The only other way for sensing this region is to deploy a single satellite in a highly elliptical orbit, which is an expensive approach, because it doesn’t last long. An alternative is to use sounding rockets, which last only a few minutes. But both of these methods provide very sparse single-point measurements, while the QB50 cubesats will collect extensive measurements over a period of a year or more.

Our main contribution, UNSW-EC0, was built by a team led by ACSER deputy director Dr Elias Aboutanios and will study the atomic composition of the thermosphere using an on-board Ion Neutral Mass Spectrometer. As random cosmic rays strike the on-board detector, they are stripped of electrons, revealing their composition. This level of detailed data, over such a long period of time, has never been collected before.

In addition, UNSW-EC0 also carries other payloads designed by UNSW including a robust seL4bit SBC computer developed at UNSW by Professor Gernot Heiser and going into space for the first time, where its computing reliability will be tested against the harsh radiation of space. There’s also the RUSH FPGA (Field-Programmable Gate Array) designed to self-correct errors caused by random cosmic rays and rapidly recover from a glitch without shutting down or freezing; and the new Kea Space GPS receiver, developed at UNSW by a team led by ACSER director Professor Andrew Dempster, which gives high-resolution positioning data to allow satellites to fly in close formation without colliding.

We’re responsible for one-eighth of the world’s surface in meteorology and air traffic control, and we’ve got the second lowest population density in the world, so space is probably more important for Australia than virtually any other country

Even the satellite’s chassis, dubbed RAMSES (Rapid Manufacture of Space Exposed Structures), is an experiment in new materials science. Built with 3D-printed thermoplastic, it is testing the viability of manufacturing satellites from 3D-printed parts that can survive launch and deployment in the harsh environment of space.

ACSER joined QB50 in 2012, and more than 100 students, staff and volunteers have worked on the project, including members of BLUEsat, a group of undergraduate UNSW students who undertake practical space engineering projects. It has so far resulted in more than 18 theses, dozens of conference papers, and new Australian Research Council grants for UNSW.

Last year also saw the launch of Biarri Point, a cubesat for defence applications carrying new Namaru GPS technology developed at ACSER for Australia’s Defence Science and Technology Group. Biarri is part of a five-nation defence project between Australia, New Zealand, the US, the UK and Canada that will see the launch of another two cubesats this year.

The fourth ACSER GPS receiver to be launched in 2017 was on yet another cubesat, Buccaneer, which was an all-Australian satellite led by the Defence Science and Technology Group.

These may have been the first Australian satellites since 2002, but many more will follow. “The good news is that the nature of the space industry is changing,” says Aboutanios. “We’re moving into an era where access to space is cheaper and easier than ever before. We don’t need big budgets and giant satellites – we can skip all that and move straight to this more dynamic, disruptive environment. And we’re already doing that.”

The creation of an Australian space agency this year will facilitate this process. Australia’s space industry is already worth an estimated $4.5 billion and employs some 11,500 people. “We need a space agency to grow this industry into upstream opportunities – in space itself,” says Dempster.

“Australia has only 2% of the global space market, but we should have 4% based on Australia’s proportion of global GDP. So there’s a real opportunity there, because we have the skills and there are several Australian companies emerging in this area. National coordination will only accelerate that development.

“We’re responsible for one-eighth of the world’s surface in meteorology and air traffic control, and we’ve got the second lowest population density in the world, so space is probably more important for Australia than virtually any other country,” added Dempster.

This new age of cheap and powerful satellites, dubbed ‘Space 2.0’, will allow Australian companies and researchers to develop new applications and devices and launch them at much lower cost. Where once space was the playground for big-budget space agencies, cubesats are making it accessible as never before – and that’s going to be great for industry and research. And you can bet UNSW will play a leading role.