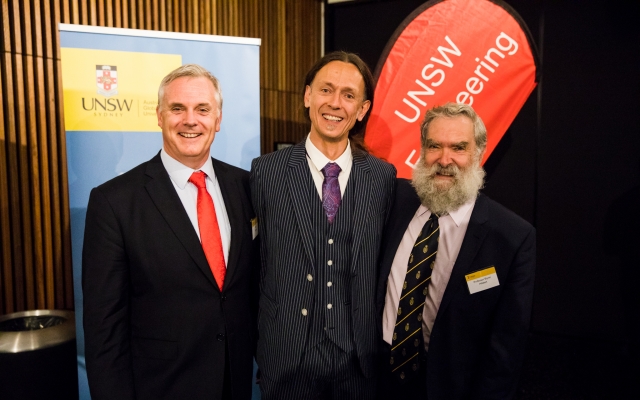 The 21st century is likely to go down in history as the era of quantum engineering, when the peculiar effects allowed by quantum mechanics are harnessed for unprecedented applications, Professor Andrea Morello told a capacity crowd when delivering the 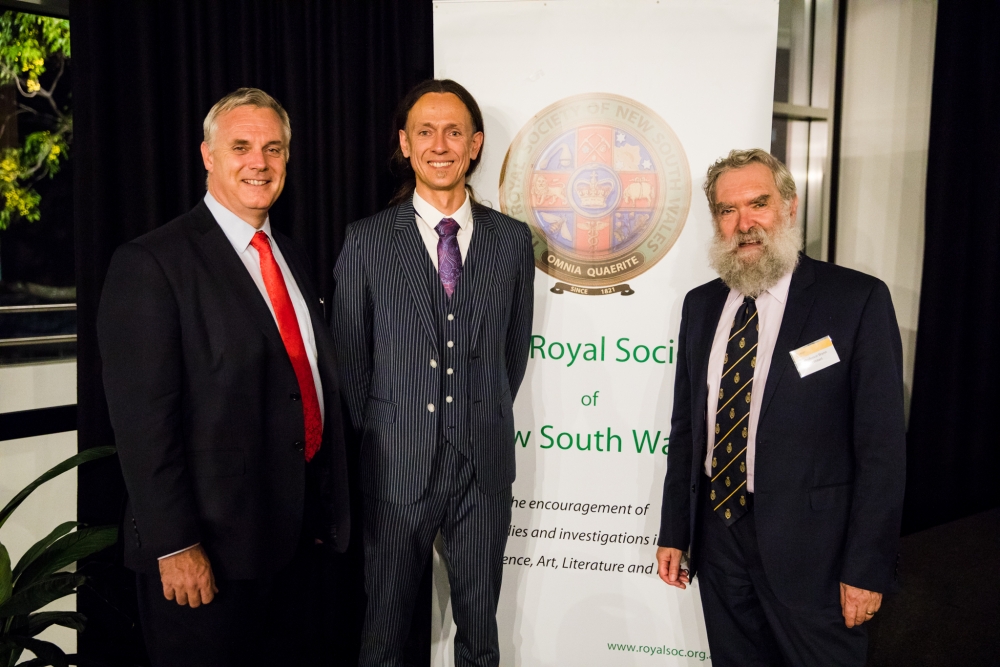 Morello is a Professor of Quantum Engineering at UNSW and a Program Manager in the ARC Centre of Excellence for Quantum Computation & Communication Technology. He and his team were the first in the world to demonstrate the operation of a single electron and a single nucleus quantum bit in silicon.

UNSW Dean of Engineering, Professor Mark Hoffman, welcomed guests to the event in May in the University’s newly refurbished Roundhouse and praised Morello as not only a world-leading researcher but also an acclaimed communicator of quantum computing.

Professor Brynn Hibbert, immediate past President of the Royal Society of NSW – the oldest learned society in the Southern Hemisphere – introduced Professor Morello.

In his presentation, Engineering for understanding: how building quantum devices unveils the meaning of quantum mechanics, Morello took the audience on an entertaining and informative journey through the quantum world.

He began with quotes about Pollock’s legendary scientific abilities: that “his skill in adjusting instruments has probably never been equalled,” and that “he allowed his scientific imagination more scope than usual”.

Morello then outlined the basics of quantum mechanics and described UNSW’s unique approach to creating quantum devices with quantum bits made from dopant atoms in silicon.

“This is the sort of thing that 20 years ago my quantum mechanics lecturer told me could not be done,” said Morello. “Now we do it every day. This is one way in which our engineering ability to create devices like these and operate them on this level of precision has given us a window into the quantum world.”

He also discussed his “latest and greatest love” – quantum chaos – and how it could lead to the design of functional quantum computers.