New director for Centre for Infrastructure Engineering and Safety 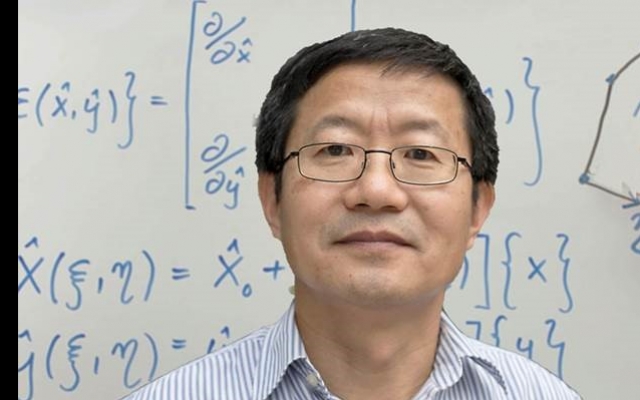 Professor Chongmin Song has been appointed as Director of the Centre for Infrastructure Engineering and Safety in the School of Civil and Environmental Engineering.

At CIES, we aim to address significant global challenges and shape the future of our infrastructure by undertaking fundamental and applied research and engaging with industry and the wide community.

UNSW research led by Professor Song is helping structural engineers design buildings that will be more resilient against natural disasters.

His work was critical in the development of a numerical method that makes it possible to analyse complicated geometries that are frequently found in construction, and to tackle challenging engineering problems.

Since the development of this method, known as the scaled boundary finite element method, its use has been crucial for studying fractures in structures which could be created by stress or natural disasters.

The method forms the foundation of software that can automatically convert images and data to numerical models. This allows analysis of critical infrastructure data in seconds or minutes, rather than the hours or days required using existing tools.

The approach means structural engineers can know in advance the dangers to infrastructure, and whether any planned construction or seismic activity would impact the structural integrity of surrounding buildings and regions.

“I am honoured to be appointed as the Director of the Centre for Infrastructure Engineering and Safety, one of the international leading research centres for infrastructure engineering,” said Professor Song.

“At CIES, we aim to address significant global challenges and shape the future of our infrastructure by undertaking fundamental and applied research and engaging with industry and the wide community.”

During his academic career, Professor Song has published more than 130 papers in top-tier journals in his research area. His co-authored book - Finite Element Modelling of Unbounded Media, Wolf and Song, 1996, Wiley - is widely referenced by researchers and practitioners in earthquake engineering.

His second book - The Scaled Boundary Finite Element Method – Introduction to Theory and Implementation, Song, Wiley - will appear in August this year. Since 2009, he has led seven Australian Research Council Discovery Projects and been involved in or led three Linkage Projects.