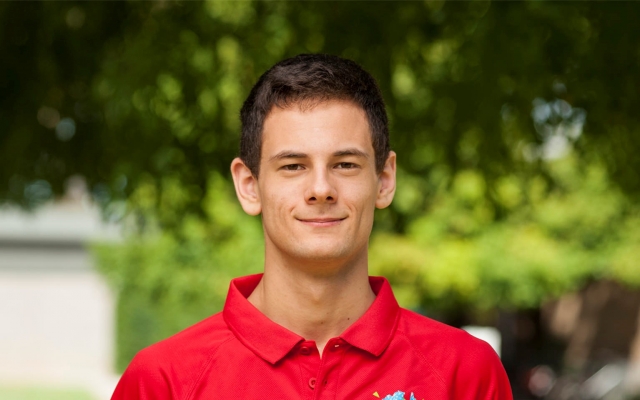 Congratulations to first year UNSW Engineering student Oliver Nicholls, who has become the first Australian to win top prize at the Intel International Science and Engineering Fair for students in the US. 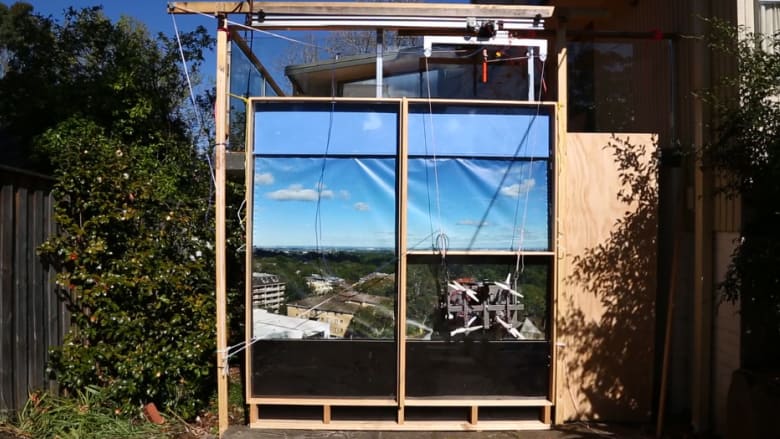 Oliver secured the honour, and $75,000 in prize money, for a fully autonomous robotic window cleaner for high rise buildings that he built at high school last year, as part of his Design and Technology HSC course.

The small robotic device is designed to reduce human injury and decrease the costs of window cleaning on medium rise commercial buildings. It uses drones, motors and propellers to navigate building facades and clean windows using water and micro-fibre scrubbers.

The final product went through rigorous prototyping, testing and evaluation to show commercial viability. A provisional patent has been issued.

Oliver, was one of five 2018 BHP Billiton Foundation Science and Engineering Award winners to have competed in the US fair in Pennsylvania this month against a field of more than 1800 high school students from 75 countries.

He also came first in the best in category award for physical sciences robotics and intelligent machines, as well as achieving two other second-place awards.

Oliver told the Sydney Morning Herald that the inspiration for the robot came when he was in school and a man cleaning an awning fell off and broke his leg.

"At the same time, there was a [platform] collapse in Sydney and two window cleaners were seriously injured. It made me think that something really needs to be done about this,” he said.

Oliver, who is studying mechatronic engineering, built the robot almost entirely in his garage at home.

I had to learn to program to do the project. It was a lot of work. . I definitely dropped marks in the HSC because of the project, but my teachers said it would pay off and it turned out well.

"Four years of robotics that I'd done previously in school gave me the skills and knowledge to do it, but I built it at home almost entirely," he told the Sydney Morning Herald.

“I had to learn to program to do the project. It was a lot of work. I definitely dropped marks in the HSC because of the project, but my teachers said it would pay off and it turned out well.”

CSIRO Education and Outreach Director Mary Mulcahy said the success of the Australian students was a good example of Australia's great science being recognised on the global stage.

"Australia is one of the best places in the world to start a career in science, technology, engineering and mathematics (STEM). By having our high school students winning international awards, we are further strengthening our international reputation as an innovative country," she said.

"We believe that by supporting STEM education and achievement in young people, we are investing in Australia's future problem solvers."

Read more about the other students’ results from the CSIRO here.