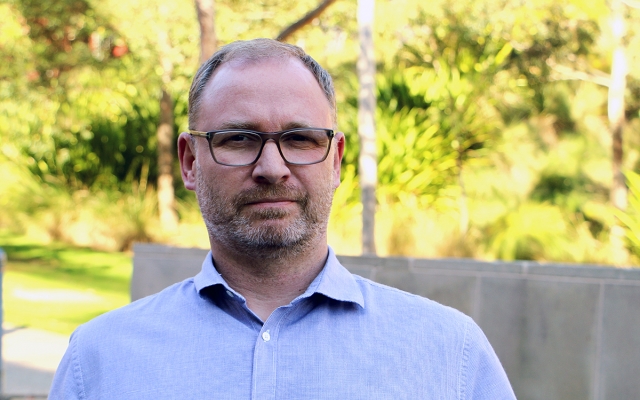 Professor Hopkins' appointment as a UNSW Professor of Practice is part of a Faculty-wide strategy to embed hands-on learning experiences within the curriculum. The goal is to create an environment where students can develop high-level management skills, and practical and academic abilities, which can be translated into closer links with industry.

Professor Mark Hoffman, UNSW’s Dean of Engineering, says that Professor Hopkins’ record of high performance and breadth of expertise will bring a new scale of industry engagement for Engineering students.

“Richard’s professionalism, drive and commitment at the very highest level will bring a unique perspective to UNSW Engineering’s high-performance Student-Led Projects, in particular UNSW vehicles, which is an important feature of the UNSW Engineering educational experience,” says Professor Hoffman.

For Professor Richard Hopkins, the pivotal moment that sparked a lifelong love of the racing circuit was his first visit to a Grand Prix at the age of nine.

“I loved the sensation of being there. The sound, the smell – everything,” Hopkins recalls.

Although his own parents didn’t even own a car for most of his childhood, Hopkins went on to channel this early fascination with racing into a career in the Grand Prix Circuit spanning 20 years. This included a period working as a pitstop mechanic himself, alongside racing greats such as Ayrton Senna and Alain Prost.

In 2007, he joined the Red Bull Racing Formula One Team as Head of Operations, creating an operational system for the newly formed team. Regarded as landmark approach in the industry at the time, Hopkins’ system emphasised efficiency and management over funding, based on a belief that this would translate to better results on the race track.

By the end of 2015, the Red Bull Formula One Team had won four consecutive World Championships. Hopkins’ commitment to high performance and to overcoming challenges was considered instrumental in the team’s meteoric rise. 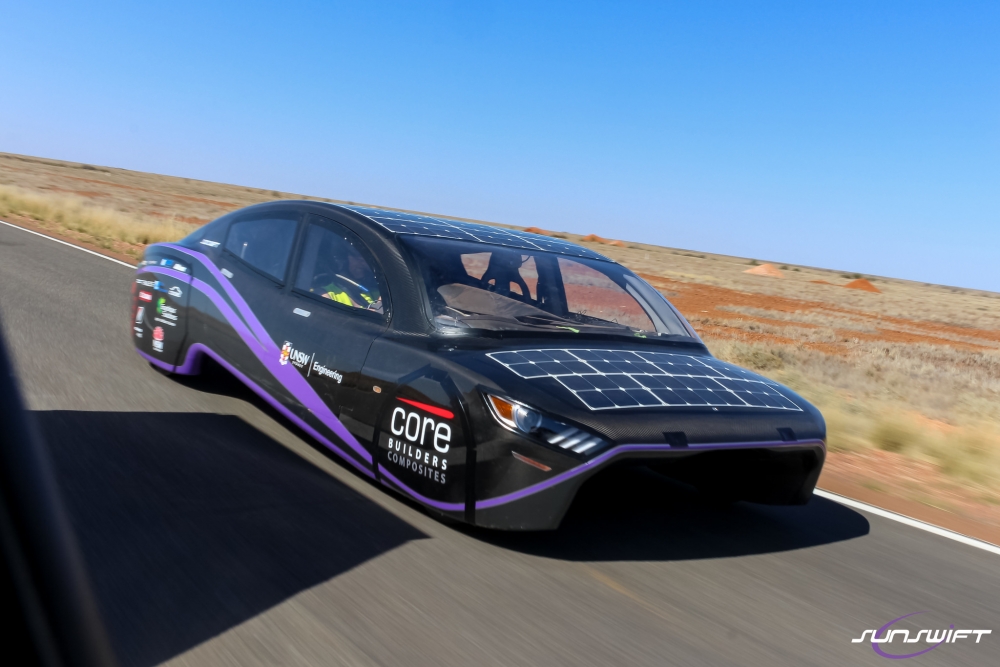 Now he is bringing his industry knowledge, experience and can-do attitude to UNSW Engineering. Hopkins recently joined the Faculty as a Professor of Practice, acting as an industry mentor in Student-Led Projects, notably to UNSW’s flagship solar car racing team Sunswift and the UNSW Redback racing Formula SAE Team.

Sunswift is a student-run project dedicated to building advanced solar electric vehicles. It has been operating at UNSW for over 20 years, during which time Sunswift has produced six solar cars. In 2014 Sunswift held the official world FIA Land Speed Record for the fastest electric vehicle over a distance of 500 kilometres, averaging 107 kilometres per hour during the attempt. The previous record of 73 kilometres per hour stood for 26 years. In 2013 Sunswift came third and in 2015 fourth in their category at the World Solar Challenge – a 3000km race from Darwin to Adelaide with competitors from across the globe.

The Redback Racing Formula SAE student society designs, manufactures and tests an open-wheel race car, clocking speeds of up to 150km/h. Since 2000 the team have participated in Formula SAE-A, an international engineering design competition where entrants are judged on their skills in a real-world environment. Redback Racing have consistently performed well, placing third place in the Vehicle Efficiency category in 2017 and first place in Cost Effective Vehicle category, in 2015, 2013 and 2012.

Since his appointment, Hopkins has united the Redback and Sunswift teams under the one banner of UNSW Future Vehicles, with a vision for all electric and self-driving vehicles, and even freight transportation.

There are plans to relocate both teams back onto the UNSW Kensington campus, to help foster more communication and collaboration between them. Hopkins also aims to fine-tune teamwork in Sunswift and Redback racing, which he knows is a crucial foundation for success in the high-octane environment that is Formula One racing.

If Formula One pitstop mechanics had paint on the soles of their shoes, it would be obvious that their movements are very finely tuned, and only vary by a few millimetres each time they service the car, he says. The same goes for those who make up the much bigger team behind the mechanics and driver.

The unparalleled opportunity at UNSW to hone the skills of future industry professionals gives Hopkins the same sense of excitement he felt when he first joined the Red Bull Formula One Team.

“It’s a growing team, with a huge amount of excitement. I remember back having that huge level of opportunity back with red Bull and facing the unknown – it is amazing and brilliant. That is part of the reason why I decided to accept this position.”