Professor Susan Coppersmith from the University of Wisconsin- Madison will join UNSW next year to work with experimental scientists on problems ranging from quantum computing to new materials. 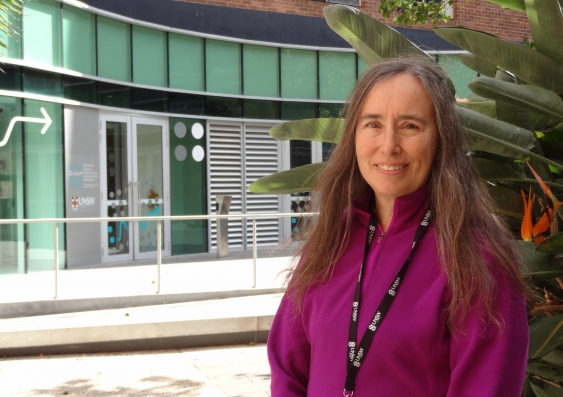 It’s a simple example from the seashore, but one that highlights the differences between materials at an atomic scale that affect their properties – an area of research that fascinates theoretical physicist Professor Susan Coppersmith.

Seashells are remarkably tough, protecting the creatures that live within them from the ravages of nature outside. Yet they are predominantly made of calcium carbonate, the soft material we know best as chalk, which crumbles easily.

The fundamental difference between seashells and chalk is that seashells have an extra 3% of protein and are made of crystalline tablets, says Coppersmith, of the University of Wisconsin-Madison.

“The size and orientation of those crystalline tablets determines how strong the shell is,” she says.

In 2019, Coppersmith will join UNSW Science as a Professor of Physics, under the Strategy 2025 Strategic Hires and Retention Pathways (SHARP) initiative to attract world-leading researchers to UNSW.

Her main research focus is determining how atoms are arranged in materials, and how this positioning influences a material’s behaviour, including whether it is weak or strong.This fundamental understanding can also reveal if the forces keeping atoms together are likely to become strained under tension, causing a defect in the material and eventual failure.

Coppersmith, who wants to uncover more unseen forces that control how materials behave, says the research can help overcome limitations of existing materials and lead to the creation of new ones.

At the University of Wisconsin-Madison, she works closely with experimental scientists to help solve the challenges and problems they face with their laboratory work. The pursuit of such conundrums in condensed matter has seen her lend her expertise in areas ranging from quantum computing to engineering.

“It is only when an experiment isn’t working that you find out that there is a piece to the puzzle that no one has thought about,” she says.

“Theoretical physics is good for seeing and uncovering new ideas, to see how concepts in one area can be applied to other research fields.

“That’s why I find problems interesting. Things are not working for a reason.”

At UNSW, she will also continue to work with experimentalists, including those at the world-leading Centre of Excellence for Quantum Computation and Communication Technology, led by Scientia Professor Michelle Simmons. The approach of Simmons’ research team is to create qubits by precisely positioning individual phosphorous atoms within a silicon chip.

“The public interest in quantum computing is based on its potential for code breaking and cryptography,” says Coppersmith.

“But for me, the greatest motivation is the idea of a qualitatively new way of understanding materials. Working in quantum computing is very compelling and I definitely want to play a role in that effort.”

Coppersmith was attracted to joining UNSW by the opportunity to take on new problems in condensed physics, and form partnerships with new colleagues.

“It was the excitement of knowing there were people I really respected scientifically at UNSW I could work with,” she says.

UNSW Dean of Science, Professor Emma Johnston, says: “Professor Coppersmith is an internationally recognised theoretical physicist and we’re delighted that she has chosen to join us in UNSW Science next year.

“Her expertise in condensed physics will be a great asset to the Faculty and will lead to new research collaborations and greater understanding about our world at the very basic atomic level.”