The internet past and present: Vint Cerf in conversation with UNSW's Toby Walsh 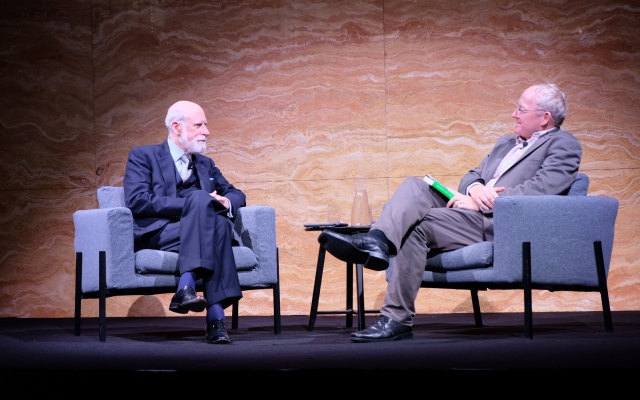 The 'father' of the internet identified threats to equal access for everyone during a conversation before a keen audience at UNSW. 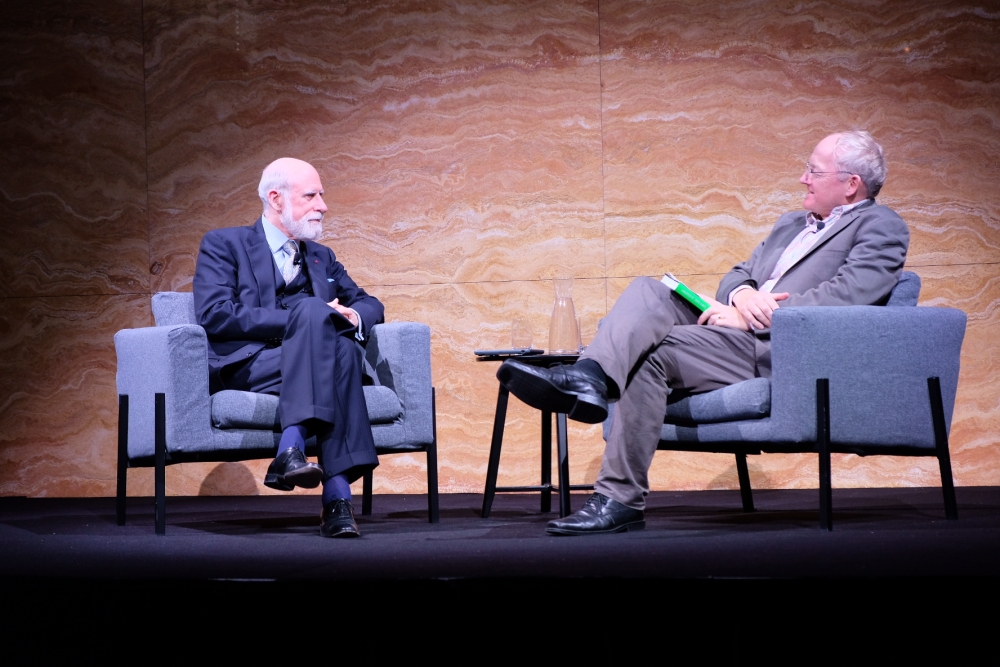 A “digital dark age” is looming unless a sophisticated regime for curating, preserving and accessing our data is established, the ‘father of the internet’, Vint Cerf, told a packed audience at UNSW Sydney today.

The event was held in partnership by UNSW Engineering and Google, and the pair spoke about the evolution and future of the internet, the Internet of Things and the challenges of digital security. Mr Cerf is the the co-designer, with Bob Kahn, of the TCP/IP protocols, the underlying communication language and the architecture of the internet.

Introducing Mr Cerf, UNSW Dean of Science Emma Johnston AO said: “In the ‘exploration of information’, Vint Cerf is one of the world’s great explorers. He co-invented the architecture and basic protocols on the internet. We are so fortunate today to hear from an innovator, a pioneer, an explorer, and a leader who has also given back.”

Professor Johnston highlighted the significant impact Mr Cerf has had on the world, largely because of decisions he and others made decades ago.

We have a big problem – I call it the digital dark age – in that we don’t curate our digital content with much care until we realise its too late.

“The age of innovation that the world is experiencing now across so many fronts is a result of the ‘permissionless innovation’ that he and so many others were part of,” said Professor Johnston.

According to Mr Cerf, this was called “internetworking … but it was too long, so by December 1974 it became 'the internet'.”

“The internet was initially academic and military communities – with no commercial traffic. I wanted to find a way to break that barrier … By the mid-1990s I remember being astonished as the world wide web began to take hold that people had knowledge they wanted to share with other people. They weren’t even asking to be compensated, they just knew it would be useful to other people.”

The wealth of information available eventually became such that “no one could find anything … That’s when we saw the development of search engines, such as Yahoo and Google, which came out of Stanford University.”

Mr Cerf warned the audience about the ongoing challenges of net neutrality, the idea that the internet must be kept open and not charged differently by user or content.

Cerf drew attention to the complications of the rise of digital media and of the forthcoming “digital dark age”.

“We have a big problem – I call it the digital dark age – in that we don’t curate our digital content with much care until we realise its too late. So I’m a big fan of trying to create and preserve data, to assure ourselves that digital content can be moved from one medium to another – that we are able to preserve software. Creating a sophisticated regime for curating, preserving and accessing our data is just as important as preserving the original bits of data.”

Scientia Professor Toby Walsh, who joined Mr Cerf on stage, said it was an absolute pleasure to talk with him.

“He is rightly called the "father of the internet" for co-inventing the protocols used to connect networks together that make the internet work. When we look back in fifty years’ time, I suspect this will be seemed as one of the most transformative inventions of the last century.”