Choosing the future we want 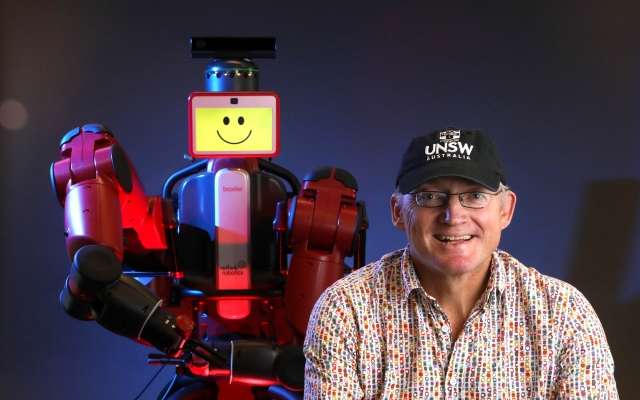 In his new book 2062: The World that AI Made, UNSW Artificial Intelligence expert Toby Walsh urges us to take stock and choose wisely as we embrace the Fourth Industrial Revolution.

What will happen when we’ve built machines as intelligent as us? According to the experts this incredible feat will be achieved in the year 2062 – a mere 44 years away – which certainly begs the question: What will the world, our jobs, the economy, politics, war, and everyday life and death, look like then?

Fortunately, Toby Walsh, Scientia Professor of Artificial Intelligence (AI) at UNSW has done the research for us.

An avid sci-fi fan from childhood, Walsh, who also leads the Algorithmic Decision Theory group at Data61 – Australia's Centre of Excellence for ICT Research, has long been fascinated by robots, machines and the future. In 2017, he published his first book, It’s Alive!, in which he tells the story of AI and how it is already impacting our societies, economies and interactions.

“After I published It’s Alive!, people started asking me lots of questions about the social impact of AI, in particular the increasing concerns about how it’s encroaching into our lives,” he says. “That’s why I wrote my second book, 2062: The World that AI Made, which ignores the technology, and focuses instead on the reality and impact of where AI is going to take us.”

According to Walsh, (and, he says, the vast majority of his colleagues) this future look less like the dystopian world of The Terminator and more like the sensitive world of Short Circuit. “Most of the movies from Hollywood featuring AI paint a very disturbing picture of the future. But there is one movie that seems to get it right,” Walsh continues.

He is referring to the 2013 American sci-fi movie Her where the protagonist falls in love with his intelligent computer operating system. “One thing Her does really well is to demonstrate our deepening relationship with machines,” Walsh explains.

“As the Internet of Things gets more established and our devices become interconnected, things like your front door, washing machine, fridge and TV, will all be voice activated. You’ll just walk into a room and start talking and the room will obey your commands,” he says.

We are at a critical junction in history where there’s a lot to play for. . It’s rightly called the Fourth Industrial Revolution, and we need to start making choices so that it turns out to be a revolution that everyone can benefit from.

While Walsh makes a series of predications based on the way the technology is heading, he is very careful to emphasise that the future isn’t fixed. There is no technological determinism and what happens next in AI is very much the product of the choices we make today. In other words, we must consciously choose the future we want.

“We are at a critical junction in history where there’s a lot to play for. It’s rightly called the Fourth Industrial Revolution, and we need to start making choices so that it turns out to be a revolution that everyone can benefit from,” he says.

The book covers topics including privacy, education, equality, politics, warfare and work and although Walsh says there is absolutely no need to be worried about the Hollywood version of the future where the robots rise up and take over the world, there are a few things we do need to urgently address.

Jobs is one area that is already seeing major disruptions. From drivers to pilots and from medicine to journalism, AI is infiltrating every industry. Another concern is the impact AI will have on warfare.

“Think about the implications of handing over the reins to decide who lives and who dies to machines,” says Walsh, who was one of more than 100 global tech leaders who signed an open letter in 2017 calling on the United Nations to ban killer robots.

Another big concern, continues Walsh, is that we may unconsciously build algorithms with many of the biases we are currently struggling with – racism, sexism, ageism etc. “We have to be careful not to bake these into algorithms and take ourselves backwards,” he continues.

Walsh says he is a pessimist in the short term but an optimist in the long term. “I wrote 2062: The World that AI Made to stimulate the conversation I think the whole of society should be having. We are in for a period of struggle as the world changes but ultimately, I think technology will deliver on things like climate change and the other crises we are experiencing,” he says.

“If we make the right decisions now, we can build a future where we let the machines take the sweat and we can focus on the more important things in life, our families and art for example. Just think about it. This could usher in the next Renaissance, a great flaring of creativity,” he says.

2062: The World that AI Made by Toby Walsh was published this week and is available online and in all good book shops.