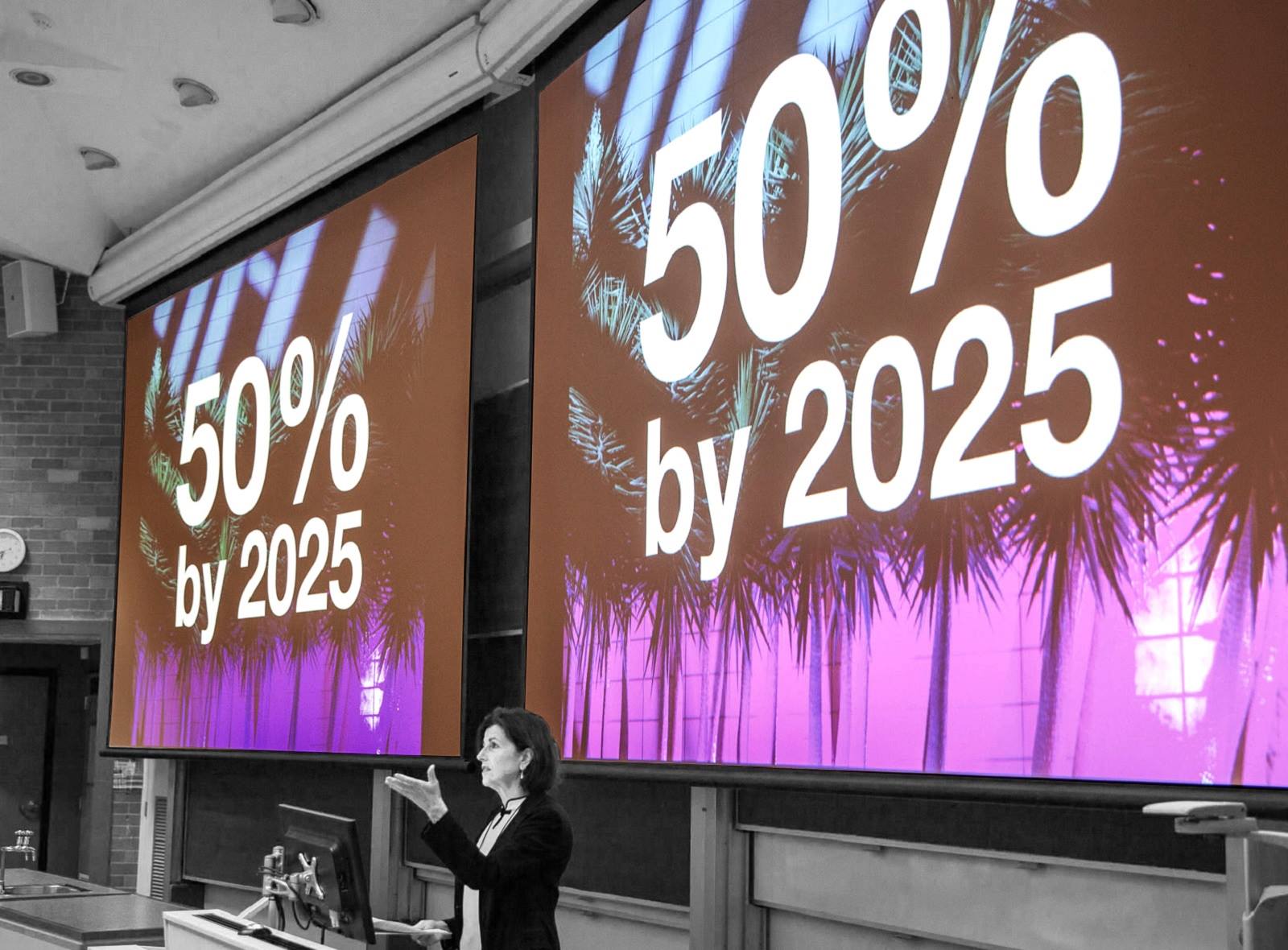 Dr Alanya Drummond believes being an effective leader requires effective decision making, and this “is a skill that is under-fostered in young women”.

It can be challenging for some women to confidently proceed once they have made a decision, the Lecturer in Interior Architecture at UNSW School of Built Environment says.

“Over-justification of choices is often mistaken for diligence, whereas it is actually a blackhole of lost opportunity,” she says.

“While we are busy padding our recommendations in cotton wool in case they are questioned, we miss out on other chances to advance towards leadership.

“I believe that a fear of error, or ‘imposter syndrome’, often leads women to investigate every plausible alternative before testing a way forward, when often an initial idea was the best, or at least good enough.”

The lecturer is one of five women from UNSW School of Built Environment who will take part in the annual Engaging Women in the Built Environment event on August 8, which aims to help the industry reach 50% women in leadership roles by 2025.

Recent research has revealed only 24% of registered architects in Australia are women, despite 40% of women graduating from Australian architecture schools for more than 20 years.

“Women graduate in almost equal numbers across all the Built Environment professions, from planning and architecture to construction and project management, however there is not an equal representation of women in leadership roles,” Professor Lochhead says.

“We need to change this.”

“We need to recognise and celebrate this.”

Professor Lochhead says there is “often an attrition from the Built Environment professions as women’s careers may be interrupted or stall due to unequal opportunity”.

“We need to support women to ensure they can realise their potential whatever path they choose,” she says.

Lord Mayor Clover Moore, who says her passion for both the built and urban environment has been a driver of her work as an inner-city representative, will also speak at the event.

“Equal participation and representation for women in all sectors is essential so that the views and talents of all can help to solve the urgent challenges we face,” she says.

“Women tend to bring a particular approach to the roles they occupy.

“They are organised, resilient and responsible – planning for the future and seeing things through.

“Women also tend to be caring and community-focused, with empathy and the ability to be great community leaders.”

Worth $95,000, the scholarship supports professionals to undertake postgraduate study at UNSW School of Built Environment and includes participation in UNSW’s Australian Graduate School of Management (AGSM) Women in Leadership Program.

Dr Alanya Drummond has worked for a number of high profile studios including the atelier of Pritzker Prize winning architect Christian de Portzamparc and the architectural practice of Alex Tzannes AM.

Her research focuses on workplace, particularly how the built environment can enhance employee experience and performance.

The lecturer said that as an educator of young women in the built environment, she “would like to see my students approach their future careers with an inherent and unquestionable confidence in their ability to analyse complex situations and draw sound conclusions”.

“I would like to see women recognise that it is your personal journey that provides your point of differentiation in the workforce,” she said.

“That your age or gender or experience bears no relation to your ability to generate ideas, to problem solve and to innovate.”

At least 20 women from industry and academia will speak at the event, which will be held at Sydney Lower Town Hall on August 8.